BEYOND THE YELLOW BRICK ROAD TRIP 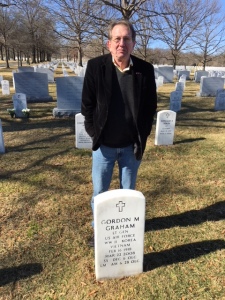 Indeed, as the lyrics state, I’ve decided my future lies beyond 810 Yellow Brick Road NW. Rarely do you get a chance to roll up six important projects into one and accomplish them all in one fell swoop. Imagine being able to get away with your adult son (married-w/o children…yet) for the road trip from Hell, visit your Dad, hit a museum, visit the Wall, see old friends and relatives and top it off with being sworn in to the CAVC – all in less than four days- including flight time. Shoot, Bubba. I’m blessed beyond words.

The only setback was my son and I couldn’t find an ‘airline-size’ bottle of Johnnie W. red or black to put on Dad’s grave at Arlington National. We opted for a fifth and discovered to our dismay that Homeland Security now guards the dearly departed at ANC. Wouldn’t want any ISIS dickwits trying to blow up them up, now would we? They refused me entry with the scotch and even got a little miffed that I’d tried to smuggle it in via my back pocket. It might have been one of the hardest things I ever have done to put that bottle in the trashcan. Wishing not to be arrested, I bit my lip and withheld my dissertation on the intelligence of rentacops.

We sashayed on over to 810 Yellow Brick Road NW for a photo op of the famous Lincoln Quote. We attempted to enter and discovered even more rentacop intransigence. So much for nonadversarial, Veteran-friendly greetings. We were promptly shoved out the door. Not so much as a photograph was permitted. Idiot’s delight.

We did the Wall to find one of my friends who augered in the day before I got out of the hospital back in 1971. I discovered Chuck had passed in 2008 while attempting to obtain a buddy letter from him for my Hep C claim. This was my third visit but my first time back since 2006 to touch his name. It’s also the first time I was able to withhold tears-well, most of them. Each succeeding visit seems to provoke a much-needed catharsis. I count three on the wall I knew.

Oddly, the  CAVC Judge who swore me in yesterday (the Honorable Michael Allen) was the same who heard my/our Ex Writ for Butch Long several months ago. He was intrigued with the way I described myself as the “scribe” of Butch’s Writ. He said he just had to meet someone that devoted to helping other Vets. President Trump made a wise choice in him. He’s truly a pro-Veteran Judge. 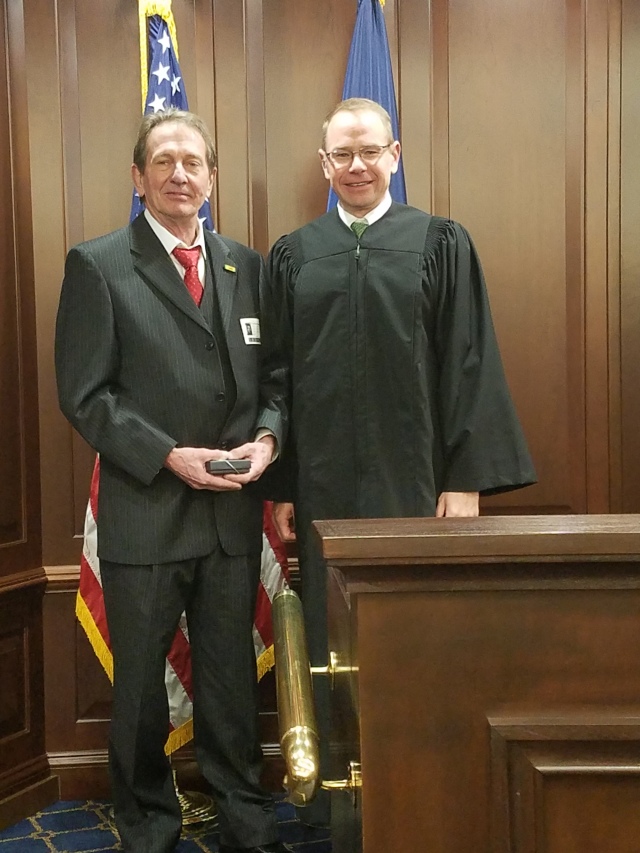 Clerk of the Court Greg Block swearing me in.

My mentor, Bob Walsh, Carol Scott ( formerly of Veterans Pro Bono Consortium) and Tom Bandzul just happened to be in the neighborhood and dropped by for my swearing in.

Last, but not least, I was finally able to get a peek at Tail #091 described in “In the Shadow of the Blade”. It now rests on the 3rd floor of the American Museum of History. Our illustrious East Coast ILP expert Bruce “Almighty” McCartney told me of this back in 2012. I’m crushed they didn’t land in my back yard. Closure is an elusive beast to nail down. 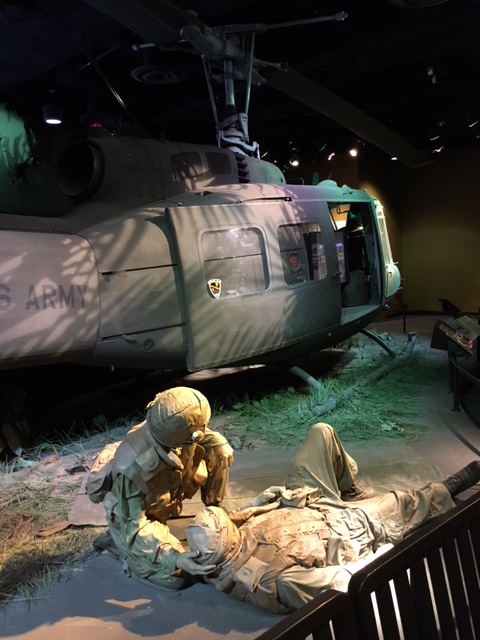 Seeing this chopper before I sneeze for the last time made my trip complete.

Here’s a great shot of the Capitol on the way to Union Station for the trip home.

I wonder if the average American realizes just how lucky we are to live here. And that’s all I’m going to say about that.

8 Responses to BEYOND THE YELLOW BRICK ROAD TRIP