One thing about getting over the immediate symptoms of  heart failure (I hope) means  Jerrel and John are going to call and tell me it’s time for another show. I seem to break glass no matter what I do or say in this business, so I just stumble on through to the next blunder. John and I finally came to grips with the discussion of another website on a recent thread I posted. Rather than let it putrify and stink up the Veterans Help sites, we’re going to lance the boil and let it drain.

I’m sure you’ve traveled all the major sites and seen what’s to offer. Some sites have blogs like mine and many use the Hadit.com forum style. All the older sites were constructed this way to allow questions to be posed and answered. Everyone benefited if…. if the one answering the question was knowledgeable in the subject matter. I stumbled upon Hadit.com in late 2008. I probably have another moniker in the system like gaegraham or GAG but I soon began my own site and worked exclusively on it. Patricia Lupole of HCVets.com built it for me on the forum model of all the others. Gradually I began looking at these other sites to offer Hepatitis C info to help win the new breed of jetgun claims.

Which brought me to what some of call Peggy’s Pink Site or Veterans Benefits Network.  I kind of thought of it as the Jim Jones Koolaid Klan.  Veterans there would take anything said by a moderator as Gospel.  It wasn’t long before I hit an imaginary trip wire and began receiving demerit points for arguing law with idiots. This is the primary reason my present blog evolved into a one-sided conversation. It teaches the correct way to accomplish a VA task and then allows for discussion from the Peanut Gallery. Anyone is welcome to jump in and say what they please but the basic knowledge of “How To…” is presented without ten theories on the best way to get there confusing you in the process.

Most importantly, the tenor of conversation at Theresa’s and my sites practices respect for one another. Civilized discourse doesn’t need to descend into Ancestors.com© and  the concommitant research on whether you were raised by wolves. We were all raised properly by adults and can act like adults. If you can’t meet those baseline tenets of transactional analysis, then you probably hang out over at Peggy’s. There’s always someone there who has to find a problem with the tone of words another Vet uses to express his or her problem or observation. God forbid you find a flaw in the Department of Veterans Affairs. VA bashing is right out and exorcised as quickly as possible.

And then there was a soothsayer and Prophet who held sway every evening and enthralled his audiences with his wisdom as seen from his many years high in the VA Ivory Tower. The problem was the tone.  According to this Oracle at Delphi, most all Veterans were malingerers with the noted exception of His Band of Brothers there at Yuku. One never argued with the Guru because he had been a Senior DRO and reached an exalted height of GS-Maximus 15 Step 10. He had had more and varied jobs that any human known -and all of them before he enlisted.

He was a combat medic with nary a combat medal. He talked policy with Tony Principi. He had the ear of Jim Nicholson. According to him, he walked the length and the breadth of the 11th floor of Vermin Ave. at will like he owned it. This was the era of Cruiser-VSO and the go-to expert for VA law. Every teaching moment always seemed to segue into a Vet who had filed for bogus injuries and was trying to game the VA benefits scheme. The 85% denial rate merely mirrored the number of claims which were meritless. Not withstanding the nearly 67% rate of reversals, vacates and remands with instruction to incorporate the CAVC judge’s findings, VAROs were the true Halls of Justice and mistakes were nonexistent. “C&UE” , as he was fond of writing it, was so rare, he’d never witnessed one-let alone committed the sin. The 22% success rate at the BVA merely reflected weak-willed  VL judges who caved in to Veterans with implausible, unsubstantiated stories. Likewise, the CAVC/CAFC.

I had the misfortune to cross swords on a “C&UE” claim I was fleshing out. He tried to set me straight and then began getting “snippy” when I didn’t accept the advice. This is the “CUE” I won up at the CAVC four years later all the way back to 1994. Apparently everyone in the Office of General Counsel had a different opinion from his on the regulations in question. Anyone with a copy of 38 CFR could run circles around him but…. everyone was quarantined or evicted who disagreed. No ifs ands or buts. If you argued with Him, you were shown the door. I could see it if I were wrong. I could walk away from it if I was willing to concede defeat and ignore CAVC and CAFC precedence. Slamming the door in my face via censorship and eradication of my comments simply made it worse. To this day, if I arrive and try to sign in, I am politely greeted by the bouncer. This is good. It simply proves the validity of my argument:

That’s right, Pilgrims. This is the nifty VBN tool for getting new members and tolerating the opinions of others. This is the VBN “big tent” everyone can fit under as long as everyone practices groupthink. And that’s what we’re gonna talk about tomorrow evening.

Be there or be square. The call in number remains 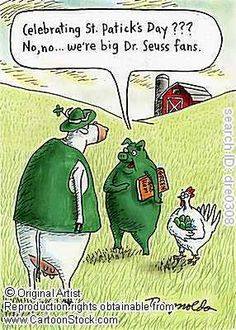 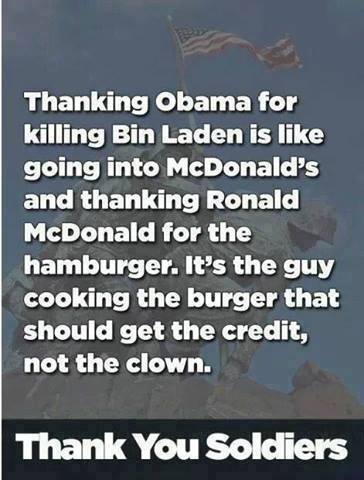 One thing you will not find on my site is censorship. I have never demanded a membership or entrance gate. I have never removed anything but the occasional expletive to maintain good taste. The body of any disagreeable comment will always remain. You have the right to remain stupid. Any stupidity you voice will not be held against you. We try like the devil to set you straight but there simply is no cure for stupid. There is no room in Veterans law for secret societies. Knowledge is to be shared with other Veterans, not husbanded and doled out full of errors to the Koolaid Drinkers.