I don’t know if you folks heard, but when Butch Long filed with VA back in March of this year, he was careful to give them his new address. He made sure it was very clear where he lived. You don’t want to wait a year to get the c-file and all the STRs from 1969 and then have them mail the C&P info to East Bumfork, Ohio. VA did just that.

Thanks to Congressman Kilmer and all his magic munchkins, Butch’s new examinations were suddenly rescheduled in record time (for VA). I’m here to report we made them all and even were able to fly a mission over Krispy Kreme for a 20% discount. We can safely say we did our level best to comply with the QTC  protocols.

I got to wheel Butch into all of these and no one tried to slam any doors in my face. Now for a few eye openers. I have told you numerous times these are not the “VA examiners”. In the eye doctor’s case, he was a civilian-contracted  ophthalmologist in Gig Harbor who reported his findings back to the RO. NO claims file was on site. 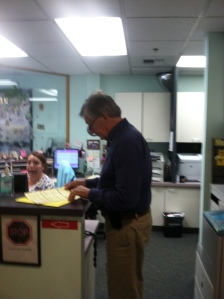 Same for the Retained Metal Fragments RMF) inspector, Doctor Billingsly here. He was a Vietnam Veteran with boots on the ground as a USAF Flight Surgeon flying back and forth between Camp Zama and Da Nang on medivac flights for a year.  No c-file whatsoever but they did do an extensive x ray series to map all the RMFs. Butch happened to mention at the exam that he had another one in the lower inside thigh of the left leg as well but since we had not listed it in the original inventory, Dr. Billingsly was precluded by VA law from even looking at it or x raying it.

Seems VA would want to do this once thoroughly and get it over with. Seems we were wrong. No tickee, no laundry. We wonder why there is a backlog and we wonder no longer.

That afternoon, we elevatored upstairs to the bent brain ward and got the $99.95 guided tour around the inside of the skull by Dr. Hanorian, PhD.  I recognized the format and he did have the c-file. Hopefully, he’ll realize the magnitude of the stressor and the lifetime effect on the man. Butch is a lot like me. We aren’t parade kind of guys. We don’t talk a lot about what happened because there aren’t a whole lot of others who have actually been in a situation who can relate to it. Having someone shoot at you or try to blow you up changes your whole outlook on mankind for the rest of your life. You learn how to sit like a rattlesnake and wait quietly. Patience is infinite. Retribution is thorough, brutal and final. Fairness is no longer presumed nor offered.

I got to go wait again outside Nurse Ratchet’s headquarters while Butch got the x rays. Some were decked out with Seahawks jerseys and in full Halloween regalia.  I think they put Valium in the water because all the employees were polite as pie and acted like this was more fun than getting paid to pull taffy and eat it. A good time was had by all. 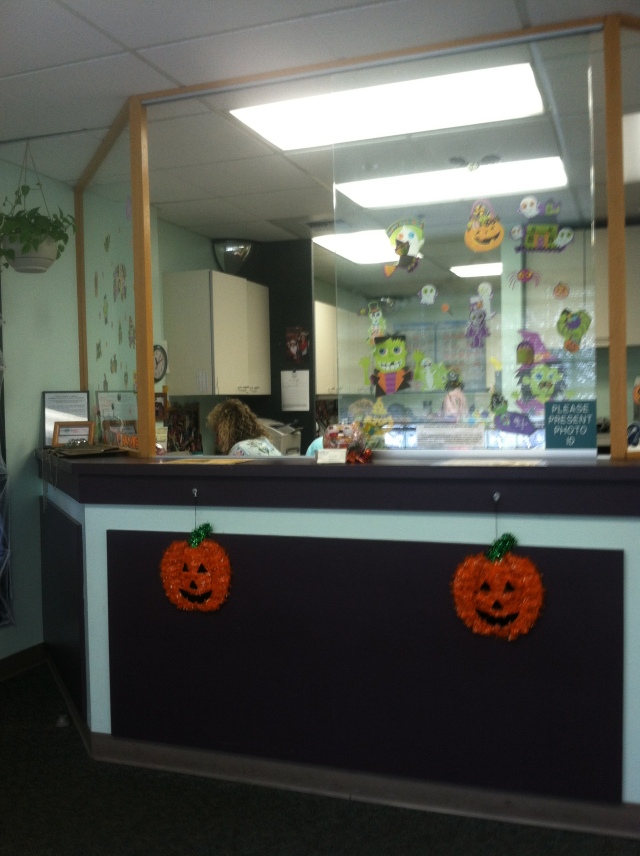 We’ll keep you posted on the continuing adventures of Bungalow Butch. Happy Veterans Day coming up. I suppose all you selfish Vets will want someone to throw a parade for you, too.