I’m sorry for being the slow boat on the website. Thank you Kiedove for helping to fill out the page in the interim. I apologize but I’m busy writing the new book. Great news came in from South Dakota last week. Everyone here may remember ol’ SquidleyOne, the Navy Vet who we helped develop a HCV claim for Electromyogram (EMG) needles. Long story short, Harvey fell down a stairway aboard a Navy ship in a nasty storm. They had to transport him ashore to a civvie hospital in Japan where the doctors stuck him with reused EMG needles to test his boogered up neck. They subsequently retired him with a 40% cervical rating. Then they lost his c-file. Smooth move, VA.

Back in the day the Hepatitis Genotype for that neck of the woods was 2A and sometimes 2B. America was solidly 1A. Europe was 1B and my old playground in Southeast Asia was 3A.  With a mobile population and cheap air travel, that can no longer be said. It was no surprise to Harvey, however, when he suddenly was dx’d with Hep C to discover he was 2B. The EMG gig was his only risk factor besides the jetguns and shared razors/toothbrushes. Bleh. I could never share a toothbrush with a GUY. That’s like kissing them. Harvey, tell me you didn’t share toothbrushes, right? 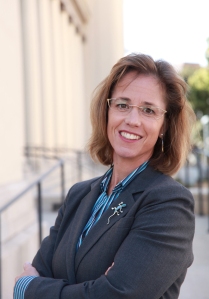 Surprise, Surprise, Surprise. After a loooong battle, Harvey lost the Hep claim at the Sioux Falls Puzzle Palace. They weren’t even going to touch this with a ten foot selfie-stick. This is pretty much the modus operandi with all unique Hep claims. “Unique” includes jetguns, tattoos, STDs and alien abduction to the VA. EMG needles were right out. The list of our alumni who had to go to DC to win is getting pretty long. Off to the BVA Harvey went. I finally convinced him it was advisable to call in the dogs and piss on the fire. This required the expertise of “Hurricane” Katrina Eagle- Vets attorney extraordinaire. Harvey was not disappointed. Harvey was also very ill and needed to focus on his health and a repair order for it.

Squidley won after a long battle but getting any action out of Fort Fumble in South Dakota on the BVA remand was met with earmuffs and the standard “We can’t hear you”. When you win at the BVA, they hang a little codicil on there at the end to “fix” it and be quick about it. The term is “to be handled expeditiously”. To VA goombahs, that means we’ll look at it after dove hunting and deer season are over. After ten months, the raters there, all 20 of them (with nothing to do) finally decided to take a gander at it.  My guess is they aren’t fishermen or he’d still be waiting.  In Ms. Eagle’s vernacular:

“That RO was hell-bent on denying his appeal. Hell, took me nearly 10 months to get those asshats to even pick up his file, even though it was required by law to be handled expeditiously because the Board remanded it.”

Well, duh. Where did you park the squad car, Dick Tracy?  We’re talking VA here. Katrina doesn’t mince words or emotions. “Asshats” has a nice ring to it, too. Harvey just sent me word that he had won and I want to share this one with you all. Few of us realize how fragile life is when we get to the last strands of the rope. Hepatitis C is a vicious disease left untreated.  Harvey, like me, was getting to the end of that rope when they finally gave him the cure. It didn’t take but the disease has abated substantially.  Katrina is miffed because I heard from Harvey before she did after the big win. Hey, I was there first, young lady. Get in line.

Even more emotionally rewarding, if any story like this could be, is the news that our Squid found Mrs. Right and they are going to live happily ever after.  I swear you can’t make this stuff up. He’s permanent and total for 100% now and Katrina is still doing her Wizard of Oz imitation behind the curtain pulling the levers to see if we can arrange a SMC S rating for him.

Ladies and Gentlemen Vets, I give you Mr and Mrs. SquidleyOne- a marriage made in Heaven and consummated in Deadwood, South Dakota. Dang. I may just have to go on a road trip to shake his hand-during bird hunting season, of course. Harvey is one of our 2008 originals from the old Delphi HCVets board before asknod was ever even dreamed of. We’ve been fighting it for that long. A super big thank you goes out to Dr. Ben Cecil for his winning nexus. One small step for HCVets, one giant leap for Vetkind. 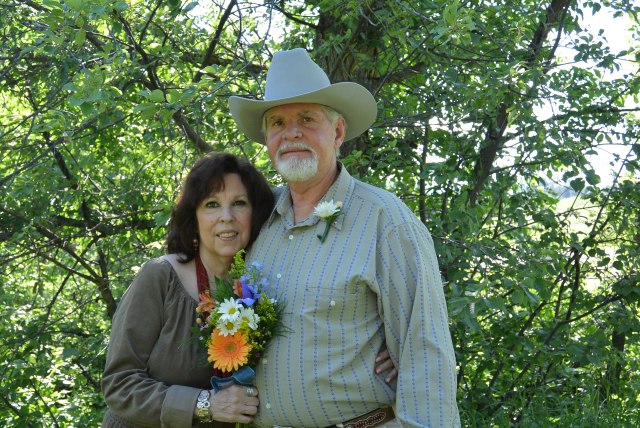 If this doesn’t give you a wet eye, nothing ever will. Congratulations to you both. Live long and prosper. You earned it a thousand times over. Rarely have I ever been so proud as to be a part of a story like this. Nevertheless, the list continues to grow. Thank you, all of you- Leigh, Mark, Lori, Bill, Susan, Sheri, Carol-everyone of you for allowing me to become involved. At this rate, I might even get a seat outside the kitchen door in Heaven. There’s always hope for asshats like me.

P.S. It’s time to think about an ILP program, too. Surely he needs a computer and some reloading gear for his  .30-06  and 12 ga. to while away those long cold winter months inside? Maybe a greenhouse…