Some litigators are recalcitrant to reveal their techniques for getting from A to B. I don’t feel that way. This is a true Do-It-Yourself (DIY) site. I don’t have time to do every claim that comes through the door. If I find a better path or a superior shortcut, I don’t mind sharing it. No pay walls to get to see what’s behind Door #3. It’s Monty’s Cookie Jar every day of the week here at asknod. What’s better, we use live ammunition. I show you the latest successes for a reason. If I, a chucklehead who graduated 59th in a class of 64, can win these, imagine what you could do.

But before I dive in, I want to share a failure. Sadly, today, I had to refuse to represent a Vet who really needs it. That hurts. It’s a rare thing to leave a fellow Vet behind. I wish it could be fixed. I had referred him to another Agent whom I trust and respect only to find out he didn’t feel the other Agent was “committed” enough to measure up. So he ‘let him go’ and came back asking me to rep him. I understand that MDD and it’s many iterations can wreak havoc in a body’s mind. Boy howdy, I’m no stranger to that. The problem begins when you let that little guy upstairs in your noggin run the show and destroy what others are doing to improve your financial future. Finding a high-calibre rainmaker is often 80% of winning. The only remaining task is patience, a shit ton of electrons, some VA forms and a private IMO. Stir, fold in the supplemental IMO after the denial, bake in a slow VA oven at 300° for 125 days and serve with champagne. My concern is I would be the next casualty of this and have wasted my time trying. 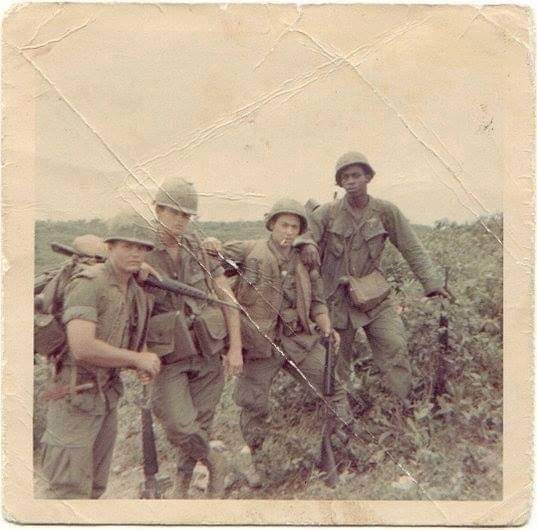 Firing said rainmaker just as he gets your file set up and begins to dumpster dive into your VBMS e folder all the way back to 2003 is counterproductive to winning. The whole idea is that you’ve spent X long years trying to accomplish this and failed.  If you’ve actually found a law firm willing to rep you, statistically you are already a chicken dinner winner.  Why wouldn’t you let an expert fix it with a proven technique? Sadly, that little man gets in the way and tells you your lawdog isn’t on it 9-5 M-F and he isn’t earning his paycheck. 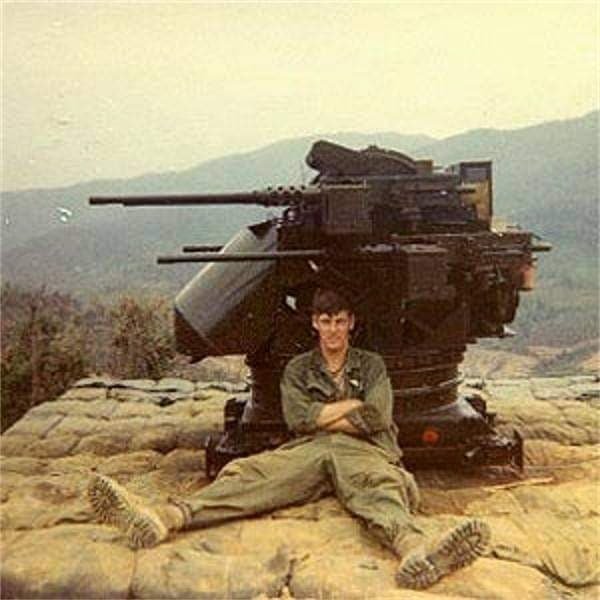 This isn’t the first time I’ve seen this  self-destructive rep-shopping phenomenon. The horrible downside is that if you’re lucky enough the lasso a new rep, he’s going to see the trail of lawyer detritus in the efolder. Every rep you fire leaves documents in the file-be it a DAV VSO or a big outfit like Bergmann and Moore etc. When your FNG law dog gains access, he’s going to get skittish and most will pull the plug right then and there and say thanks but no thanks.

What’s worse, if you manage to win, you may have three law offices arguing over the 20% winnings. The VA’s OGC will wrap that puppy up tighter than a tinfoil ball and it may take four years or more to get it sorted. Why tie up resources for years and only get a 1/3 of the pie? Law dogs have bills to pay. If you show up with a Hansel and Gretel trail of 22a breadcrumbs, you’re gonna get treated like a leper. 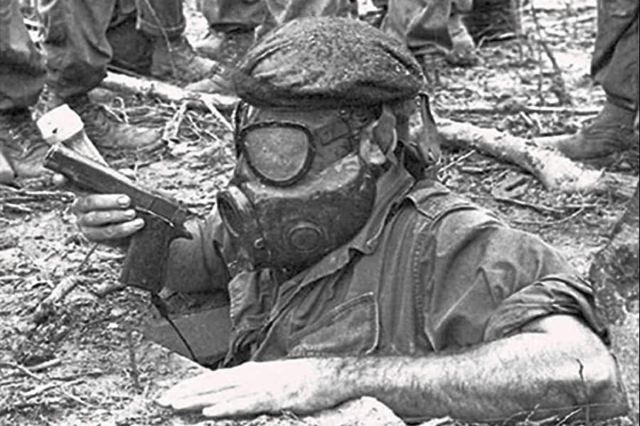 But let’s talk Lincoln Log claims for SMC. I started fresh with Don. A clean slate is the best. The water isn’t all muddy and stirred up with confusion. I filed a brand new 526 pre-AMA even though he’d filed back in ’08 for detached retina due to Malaria. He was on the right track but his DAV rep had never gotten the email on Caluza/Hickson/Shedden. And, like millions of Vets before him, he got the bum’s rush. I planned for this and promptly obtained an IMO. Sensing another denial at the local Fort Forgetaboutit, I filed it at  the BVA. Just about that time the AMA kicked in and everything was in a state of confusion. The BVA, now in AMA mode, promptly found a ‘duty to assist’ violation and remanded  him back here to Seattle for another c&p… with an uncontested IMO. 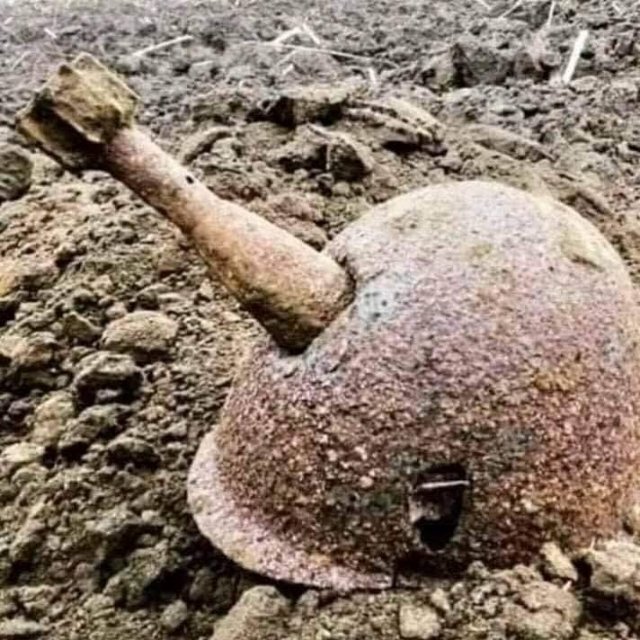 This time, the optometrist saw the ophthalmologist’s IMO and the white wall of doctors kicked in. We won. Not to be defeated, VA got a bogus c&p nurse to opine that he wasn’t totally blind-just 90%. Boom. There went SMC L for A&A. Or so the raters thought. I ordered up a HLR and pointed out nobody had even discussed sending this back for extraschedular consideration to the Director of Comp and Pen. Whoosh. Off  to DC for a 3 month summer  delay.

Since it’s pretty hard to see your eyedrops bottle-let alone the eye dropper to put them in, or fry bacon and eggs in the morning without burning the house down, the Poohbahs agreed the Donbo deserved A&A. But… here’s the SMC trick. I’d simply asked for A&A under §3.350(b)(3) based on the need for A&A-not on §3.350(b)(2) for being so blind you can only figure out if it’s AM or PM. And here’s why. As most know, in order to get a bump up from L to M, you normally need a spare 100% rating for a separate and distinct disability. But read §3.350(c)(1)(v) more closely et voilà-

(1) The special monthly compensation provided by 38 U.S.C. 1114(m) is payable for any of the following conditions:

(v) Blindness in both eyes leaving the veteran so helpless as to be in need of regular aid and attendance.

You’d never be able to hornswoggle the ratings pukes to cough up the SMC M right off the bat. They’re too niggardly to even consider it. No way. You lead them into the ol’ asknod punji pit and let them step in.

You ask for a&a because it’s their next logical step. Since they can’t figure out SMC any better than Homer’s monkey Mojo, they auto default to §3.350(b)(3) for a&a because that’s what you asked for. Once it’s granted, it’s a finding of fact. The Donmeister needs a&a. Give that man an L. Nobody bothers to read the small print under M. They only think of that as a possible bump under §3.350(f)(4) or based on one of these scenarios:

(i) Anatomical loss or loss of use of both hands;

(ii) Anatomical loss or loss of use of both legs at a level, or with complications, preventing natural knee action with prosthesis in place;

(iv) Blindness in both eyes having only light perception 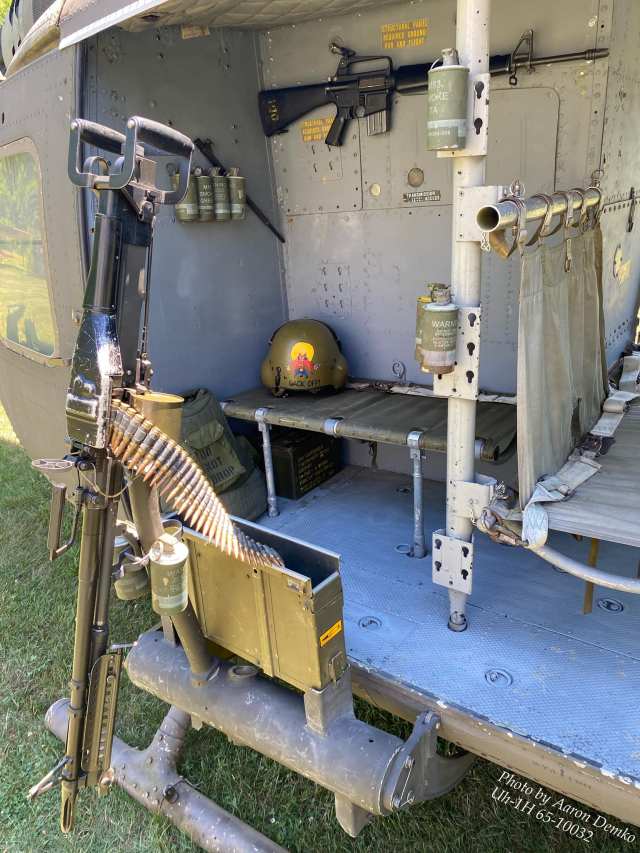 Remember our good friend §3.103–it is the obligation of VA to assist a claimant in developing the facts pertinent to the claim and to render a decision which grants every benefit that can be supported in law while protecting the interests of the Government. The provisions of this section apply to all claims for benefits and relief, and decisions thereon, within the purview of this part 3. And that includes SMC.

VA’s SMC Calculator is a hoot. You virtually have to enter all the parameters into it and even then it “autocorrects” to ignore 38 CFR. It only obeys the dictates of the M 21. Therein lies the 85% error rate in VA SMC adjudications.

So, here’s the extraschedular rating for SMC L a&a all the way back to the original 526 filing. Below it is my shiny new HLR claim for SMC M. I can’t wait to see how they’ll try to squirm out of it. I expect some inane logic like “Well, Mr. Graham. Obviously you’re not very well acquainted with SMC or you would have known the Donster is only 90% and you’d have to be 100% schedular to qualify for SMC M. Mr. Don only has a 20% for DM II and a 10 for golden ear ring so he doesn’t qualify even if you added them all up together. We oh-so-wished we could give him the M but our hands are tied.” Bullshit. The truth is they don’t even know the reg exists. They just make this shit up as they go along.

Never tip your hand and show your cards to VA. Litigate in bits and pieces. That’s the new AMA technique. Everything must be digestible and cut into little claims pieces. Seems at present, it requires ten c&ps just to make sure. If it’s a shit ton of money, it’ll take 20 c&ps in a desperate effort to make an end run around Mariano v Principi and deny.

I look forward to sharing the SMC M award with the readership. Now, here’s another sparring technique. I just filed him for MDD secondary to his blindness. I’m not poking holes in the dark. It’s in his records. I just plan on building a new SMC separate and distinct for another a&a and his eventual increase to SMC O and R1. Lincoln Logs, folks. Think SMC Lincoln Logs all the time.

P.S. A wonderful Higher Level  of Review Officer called me this morning and asked to schedule an Informal conference. Since my argument for SMC M rests on law and not the facts of the case, I asked to conduct the Informal conference right then and there. She readily conceded error and agreed to get it revised to comport with law. And just like that, ol’ Donbo became entitled to SMC at the M rate all the way back to 10/2018… for the moment. This is how the system should work in a more perfect world.