The answer is… “Dr. JD  of the American Lake VAMC”.

What is an “illegitimate IMO”?

Boy howdy, in all my days doing this, and they’re beginning to add up, I have never seen such a slam job. My clients and I knew going in that we going to encounter extreme headwinds. VA simply doesn’t cotton to uppity VA agents bearding the lion in their own den. But I get ahead of myself. Imagine, if you will, filing a claim and finding out a year later (in 1954) that they simply assigned the claim to the circular file. This was before shredders and identity theft.

In 2018, the BVA granted Charles’ CUE and said his original claim for encephalitis was filed November 19. 1953 and was still alive and well. The VA raters initially said “Fine. Here’s your Zero % sucker. A week later, they must have gotten the VACO brief from the AMC and upped him to 10% back to 1953. Well, there you go. Now the claim was ripe for a Notice of Disagreement with the 10%. It’s an original claim and that means the date of entitlement is the date of claim. It makes no difference the CUE reversal upset the applecart. This puppy was now alive and justiciable again.

Mr. Charles went up to the BVA again and complained he didn’t get no respect. Well, shoot. He didn’t.  The VLJ, Mike Skaltsounis, agreed wholeheartedly and wrote an eleventyseven page ‘this is how I want this to be done’ instruction booklet with the remand. All the raters did was laugh at us and find some shmuck to say “Are you kidding me? This guy is a malingerer. He’s healthy as a horse and he’s funning you. You gave him a 100% P&T and there’s nothing wrong with him. Well, nothing but  the 71-year history of headaches, dizziness and memory problems, but we already paid you 10% for all that. Go home.” TY4YS.

That’s when Mr. and Mrs. Charles found me.  This began to go south when VA set them up with a General Medicine doctor instead of the VLJ-requested neurologist. He blamed all Mr. Charles’ sixty-odd years of disabilities on PTSD, and anything but s/p encephalitis residuals.  I called them on it and pointed out that a) Dr. Goldilocks was not a psychologist so he wasn’t allowed to discuss bent brain; and b) he was self-admittedly not a neurologist so he didn’t fit the Remand instructions.

VA rustled around in their IMO doctor basket and scrounged up our good buddy Dr. JD.  I want you to read this one. It was only 18 pages of horse pucky but it reeksof narcissistic blather. I am a neurologist. Hear me roar. I’m the undersigned. I know my shit. I have tons of medical literature to support my opinion but I neglected to bring it and cite to it here. Who cares? I’m smarter than any of you. Just trust me on this one. The undersigned, a licensed neurologist “resulted” the following opinions… WTF, over.

This wasn’t enough for VA. They went to Honolulu and found another Judas. Paid him 30 pieces of silver, too, they did. This one pretty much consists of “What he said” referring back to Dr. JD’s not so erudite attempt at bushwhacking Mr. Charles.

I immediately ramrodded it back to the BVA with a dynamite IMO replete with lots of cites by a real,  objective, Board-certified Neurologist, not some Hungarian refugee with a Univ. of Grenada Medical School degree wanting to become a citizen. In VA law, we call Dr. JD’s IMO merely data and conclusions with no supportive rationale. He talks lots and boy howdy can that boy cut and paste. But what stands out in his IMO was a failure to just do what they asked him to do. Are the subjective symptoms Mr. Charles suffered related and b) what would you rate them at over the intervening 55 years until 2008. Mr. Charles was no spring chicken and time was of the essence. Finding a good neuro willing to opine on this one was a real challenge.

Because the VA is almost always willing to give the Agency another bite of the apple, the VLJ remanded it back again and inserted the “perhaps you didn’t understand. Let me break it down into monosyllabic words. Okay. Stay with me, Seattle…” And then Mr. Charles died in July. Remember VA’s favorite ditty? Delay and deny… Well, they delayed him right into the grave. I got Mrs. Charles substituted and voilà ! Déjà vu right back here in Seattle all over again.

Now, this time out, you’d think they might have read the fine print from VLJ Mike that this was going to require the full measure of all the King’s Men and all the King’s Horses. But no. Hold on to your seegars, gentlemen. Fort Fumble sent it back to Doctor Resulted in the Undersigned JD. This time he outdid himself. He was so taken aback that his professional credentials had been maligned and raked through the mud that he decided to get really down and dirty. In a 42-page treatise, redundant to the extreme, our Neurologist resulted that Mr. Charles (deceased) need not report for this c&p examination because he (the undersigned) had sufficient information, to include all the records VA lost between 1953 and 2008 upon which to base his exalted medical opinion… supported by the weight of invisible peer-reviewed medical literature and the imaginary (lost) VA records of his entire medical history.

I’ve sent VA an email explaining that the unequivocal measurement criteria is “at least as likely as not”. The use of may, possibly, coulda, woulda or Uncle Jack had the same thing and it was encephalitis sure as shittin’ won’t fly. Just to be a dick, I asked where he got his JD and psychology degree and why isn’t it listed in his CV. Wait a minute. Where is his CV? Check out page 8. We’re talking Perry Mason shit. 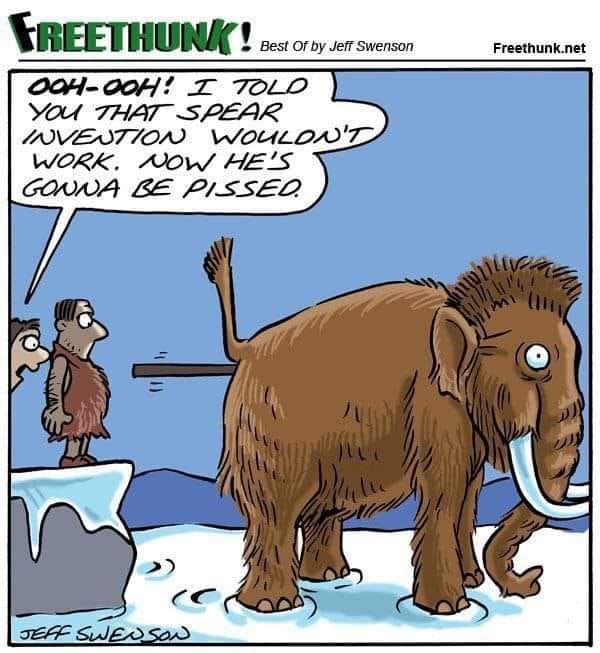 While it’s helpful that Dr. JD wants to ensure the VBA folks note that our Board Certified IMO neurodoc is not the treating physician, and all her suppositions should not be medical evidence of record, he blithely glosses over his non-medical association with a dead man and proceeds to insert his backwards binoculars retrospective. Don’t these dolts even read their own maundering logic? Is it that they perceive us so dense or uneducated that we’ll swallow this drivel hook, line and sinker? Holy Shit, Batman. Babel® must be to blame.  I’m gonna go out on a limb here and say English is definitely not Dr. J.’s  primary language. Or if it is, he got dropped on his head when he was a baby.

I can’t wait to see what Act III portends. Seems to me that if they step on their DROC neckties again and deny it, it shore as hell ain’t gonna be a predecisional error no mo’. About that time our Dr. Debbie and her most excellent IMO are going to be the only IMO evidence remotely probative to the conversation. Note our VLJ Mike S. has declared the three prior VA IMOs as tripe and worthless so that leaves them high and dry. As the new IMO from Dr. JD is now a matter of record in VBMS, I don’t see how they plan to proceed. It’s a virtual LP version of the November 2020 IMO.  Do they saw off the branch he’s standing on and go with our IMO? Do they go out and find a neurodoc who respects the “White Wall” wherein you never disparage your medical equals? It’s perfectly okay to trash an ARPN or RN’s IMO because they are dispensable.

I had a hunch this would transpire. No GS-15 or VSCM wants their John Hancock on a seven figure payout. That would blow a hole in the Holiday Party budget- not to mention your career at VA. Sorry, no General Patton knockoffs or spin-the-bottle games. BYOK(arioke) this year. This will have to be dealt with in a firm manner. Who blinks first will be interesting.

This is the third neuro IMO I’ve received from our illustrious MD/JD Doctor. I have another  client he assassinated on a Parkinson’s IMO/DBQ. Said he didn’t have to waste his time rating  JohnnyVet under §4.124a because Parkinson’s isn’t a nerve disease of the extremities. Okay, I give up but that’s what the regulation says to do. I didn’t make it up. Denis the Menace did. And Wilkie, Shulkin, McDonald ad nauseum.

VA is scraping the bottom of the barrel for VA doctors who are in compliance. QTC, LHI and  VES don’t have any neurologists. If they did, even they could see the writing on the great White Wall and concur with our Dr. Debbie. What is evident is VA will have to ignore him and get a new doctor.  It appears you can’t teach ol’ Dr. JD anything at this point. He knows it all. Wait a minute. They could promote him. That’s SOP at VHA.