Once upon a time, we had the Legacy system of litigation. It worked fine from about 1960 on until some gomer decided it was broken around 2016. Enter Congress and the “Big Six” VSOs. Ruh-oh, Rorge. Any time somebody in the government says they can build it back better, put your wallet in your front pocket and sit at a corner table with your back to the wall. What’s more, the effrontery of those Bix Six jackwads to even think they could “re-envision the VBA” into a new more Veteran-complicated Rand McNally Road Atlas is a hoot. All they did was create job security for life by constructing seven different ways to get to a denial. Most of these guys couldn’t find their ass with a methane detector. 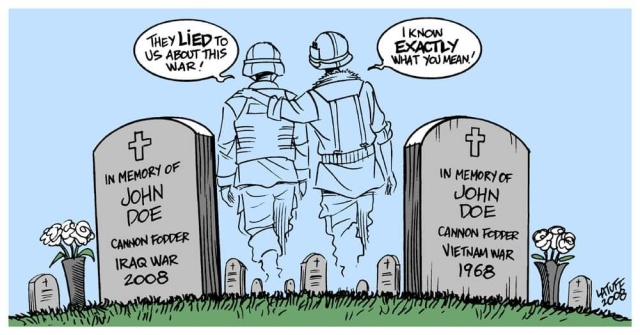 But back to the golden age. There were 20 Boards of three judges each (60). Supposedly, one was going to be a MD with a JD. That’s a pretty tall order. They were perennially short of these fellows so your tribunal of three was more often than not whittled down to two without a doctor. How could you ever get justice? Well, the short story was you couldn’t until 1989 and the passage of the VJRA. This was when the VA got clotheslined by the Federal judiciary- the COVA- now the CAVC. Even then almost all the big names you read about like Gilbert and Layno all lost. The good news is they stepped into the punji pit so you wouldn’t have to. 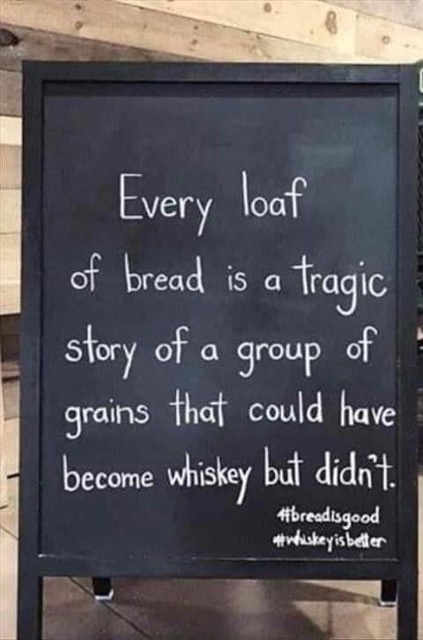 In 1995, business had heated up so much, the BVA decided to revamp their Boards and reduce them to one VLJ each. This increased the adjudicator workforce by 66% just in time. They still attempt to fluff it up and make it sound plural with the term “Board Member” or Trier of Fact.

Once the stranglehold on justice with those early and inevitable “acute and resolved before separation” kangaroo courts were reined in, a slightly more refined form of VLJs began to arrive and dispense a much better, uniform decision process with heavy emphasis on the Purple Book. Denials were still rampant, don’t get me wrong. They just were interspersed more frequently with grants. And then along came Caluza. This COVA decision, in my mind, finally let the cat out of the bag for most Veterans. At least now we knew the three actual ingredients for baking VA claims and getting a win. VA had been hiding this gem since all the way back to the War of 1812.

The problem I bring to the table today is the inevitable aftermath of monkeying around with the Legacy process and litigating in the new world order of AMA. Quite simply, the old saw about delay and deny etc.  has inadvertently become the VA’s new AMA Logo. By “appealing” your denial to the BVA via a 10182, all you do in most cases is get a 2-year boomerang remand that comes back and whacks you upside the head. Your local Fort Fumble now goes back to the stable and brings out a new horse. The DRO hangman gets out a fine new waxed rope and they all lead you over to the old Oak tree…again. You are thanked for your service and get a warm 19- page denial with suggestions on how to Read the Rand McNally roadmap if you are confused. AMA is like a Mobius Loop with a seamless beginning and ending. You can keep filing forever but it’s like running in place. Well, that or a crude caricature of the Hotel California. 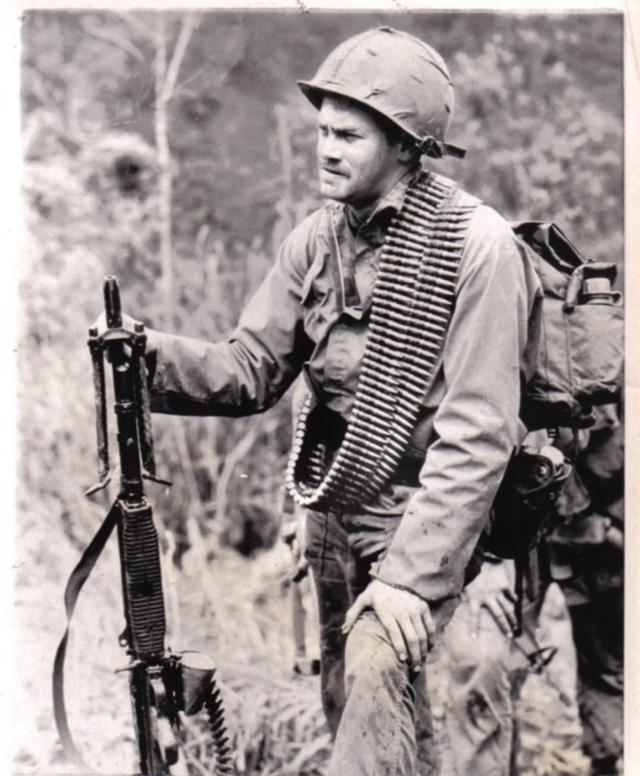 A well-traveled SP/4 and his peach can under the belt.

In my extended history of Legacy appeals with the BVA, I always got finality. A remand, if it was due, was for a rating and any inferred or late additions after the VA 8 had been issued. The VLJ would politely refer those back to the Agency (your VARO) for initial development. In the brave new world of AMA, a judge or their industrious JD wannabes, will purposely misconstrue a fine point and say something inane like ” While the Veteran presented a bitchin’ IMO, the Dr. didn’t discuss whether the Vet’s blindness might be due to DM II instead of the Malaria. This is a Duty to Assist error.  Thus the appeal must be remanded back so those pricks in Roanoke can deny you again. If you don’t get any satisfaction there, please return here with a new 10182 and we’ll start this shit show all over again.” What’s a poor Veteran to do? You don’t know whether to shit or go blind. 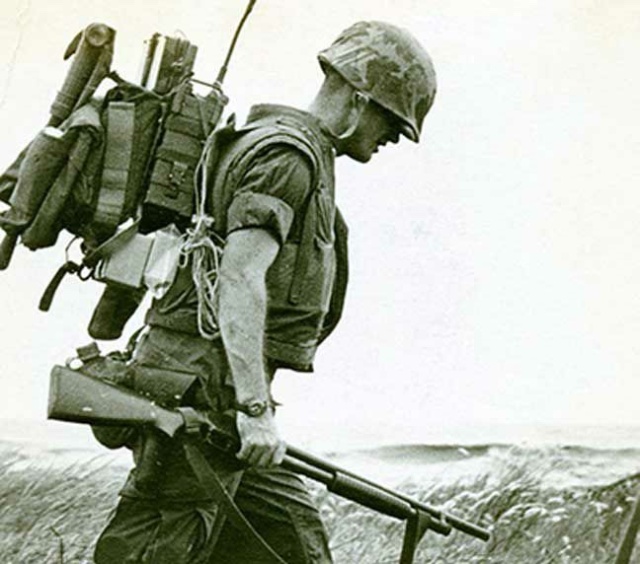 I guess the worst part of all this is that most rank and file VSO service officers are even more confused now than they were in 2015. It’s a perfect recipe for overwhelming the intake system…and it did. Then along comes Corona. I had Vets beating my door down begging for help. All-and I mean all- the urban and suburban VSO assets in Bremerton/Tacoma evaporated for two years. A telephone or a fax machine in this day and age are like green firewood and a wet blanket on a hilltop. You gotta be hard wired with high speed computer and scan/print/efax capability.

How many Vets would know that if they’d never filed before and they go online and pick a form to file with, that if they use a 20- 995 instead of a 21-526 that their claim will go into cold storage for a month before someone MAP-Ds a letter to the poor Vet and still doesn’t tell him the correct one to use. Worse, assuming you can take a number and wait, it’ll be even longer to get an audience with a VSO guy who probably knows squat about it and will make the same mistake, too.

When the VA made substantial changes back in 2015 with the introduction of the VA 21-0958  Notice of Disagreement, countless hundreds and thousands of VSOs continued to file NODs using the venerable 21-4138. They considered it to be a utilitarian form- good for anything. They even filed original claims on them and after a month or two, a VA gomer would send them back a letter  asking what it was they were trying to accomplish. That was back when the mail actually worked and the notices were timely sent.

Now, in the new, improved world of VA claims, we have the Centralized Mail Processing (CMP) center in charming Janesville, Cheesconsin. Around July 2021 of last year, they ran out of workers. It was too lucrative to stay home and claim the unemployment plus the Federal bonus. I heard folks claimed they had to take care of their kids because they couldn’t get any daycare. One enterprising TV reporter took camera in hand and hit the road to find out how bad it was. Turns out a lot of the “kids” needing daycare were 18- 22 stay-at-homes collecting it too. Every action has an equal and opposite reaction- even in employment. So, naturally, nobody knew if their evidence was received. Nobody knew if they won or lost. Just the Veterans with Attorneys or Agents with access to VBMS. We then had to go into business full time downloading the documents and contacting the clients.

The AMA created a tsunami of appeals to the Board.  The VA didn’t foresee this for some reason. I’m sure they thought they could deny and put paid to Vets using the new three-card Monte game they invented. Hey! Don’t like that denial? File a supplemental. Bummer- denied. Take one of these 996 HLRs and spin again, soldier. Oh drat. Another zero. Nowhere will you  see it written that they suggest Caluza. Never will you hear the word Hickson or Shedden pass their lips.  Seems weird when you think about it. The AMA grants us all a brief blurb of favorable findings at the end of a rating decision now and what we’re ostensibly still lacking to win our claims. I’ve found that a lot of the ROs haven’t even received that email yet and still neglect to explain it. Even ones that do don’t say “Sonny, what you need to do is go find a hired gun outfit that does Independent Medical Opinions and get one. Then we can grant, Get it? Until then you’re just pissing into the wind.”  Well shoot. You’re never going to hear that. VA ain’t ever gonna whisper the Pick Six Lotto numbers in your ear.

Even worse, if you go to the BVA, you stand a 70% chance of ending up in the old Chutes and Ladders game back to Baltimore/Houston/ St. Pete and a new c&p denying you yet again. How do you get off this merry-go-round? Well, I for one have finally figured it out. You’re better off with the new discovery of the language they found that Congress said once you’ve been denied and you file again, an attorney can be paid his 20% for helping you win. It used to be you had to get a fresh denial of a supplemental claim and we’d win it at the BVA. Thus, I research your records and can see your 1998 filing (and loss) for bent brain. I go get my wunderpsyche doctor to dx you with the MDD and presto- you win. No two-year wait for a remand back to Whacko, Texas asking for a c&p to determine what day of the week you were born on. 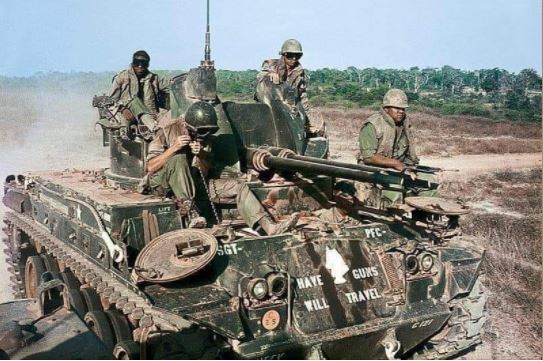 I love litigating. As fast as the VA chuckleheads can come up with a new denial trick, we sharpen the punji sticks and dig a new pit for them. Worse, you feel like your working with mental midgets and taking advantage of them. Kinda like fishing with hand grenades or having a company of gooks coming at you and you call in Air Support with Nape and CBUs. It’s not really a fair contest.