FRIDAY THE 13TH–WHAT ELSE COULD POSSIBLY HAPPEN?

Time for a squirt of asknod humor on the squeaky, cranky soul. So far today I have had no calamities. Pickles, Widget and I all went to the Post office to launch some more VA torpedos. I finally figured out what to do to repair my BVA loss of Roberto’s claim. Remember Roberto down in San Juan, PR? Nurse Silvia of the old HCVETS  Delphi days sent him to me waaaay back when in about 2014. We got him SC for HCV–but at only 20% and then worked to get him up to 100% P&T. Sadly, that became all too easy to win on appeal when he came down with liver cancer.

The problem is Roberto’s claims file shows all kinds of problems. Documents that VA averred burned up on Friday, the thirteenth of July, 1973 magically appeared from the NPRC ashes in 2013 …right before he won… I tried to do the §3.156(c) attack but the VLJ was too dense. I guess I shouldn’t say that. I had too many contentions going on at once. I violated the old, timeworn adage of keepitsimplestupid. I did a lousy job of trying to convey it on a video linkup with San Juan, Washington, DC and Seattle Washington. We lost the link 36 minutes into it. What? It was VA’s comm system-not AT&T. I guess I was expecting to get whiskey from a bottle of wine.

In any event, I struck out. I pondered going up to the Court and trying to present another version of a CUE. That cannot be done. We call that issue exhaustion. First, if you didn’t address it at the Board, and they did not rule on it, then it most definitely is not before the Court. The Court has, in limited instances of inextricably intertwined details and evidence, agreed narrowly to view the newer CUE contention. I doubted my theory would fly and I didn’t want to waste ol’ Roberto’s time left in the cockpit of life up at the CAVC.  I made a hash of this by not being anally specific . The judge misunderstood the premise and here we are.

Alexander’s big bellyflop at the BVA

I work with quick fixes. I attack. I don’t pedantically build bulwarks of defense and spend months studying the Rubik’s Claim cube. I call this style of law enfilading fire. Put your M 60 pigs on the flanks on full auto with tracers and let VA run into the incontrovertible evidence. Their own evidence, I might add.

I ascertain the path through the c file maze in a quick review, formulate the argument in my mind and build the cites around it. In old cases, you have to go a little bit farther afield to Federal Circuit decisions in the 50s-70s. Hey, it works. You are not limited by the inception of the COVA in 1989 to your cites. Shit oh dear. Where did you think the early Court got all their bathroom reading material from? Their own cutting edge legal minds?

Roberto’s repair order took longer to unearth. I decided to start from scratch and do a chronological timeline of his file. I went back to the very first document filed in his claims file and there lay the Rosetta Stone. It was too simple. All this time I was trying to fight to get an effective date that was approximately 15 months after he got out. That was the filing date of his VA Form 21-526—9/17/1971. He got out July 15th, 1970. I  incorrectly figured I couldn’t get the golden first year protection because he blew off filing until three months after that first protected year. Or did he?

I mention the golden first year. Congress, in one of their generous moments, gave us a little present. If you fell ill or discovered your foot rotting off from gangrene in the first year after separating, it was automatically service connected. Yep. No shit. Granted, with hepatitis, you would have to get infected pretty close to separation. The incubation period from infection to exhibiting symptoms of Hepatitis B ranges from 30 to 180 days (one to six months). Roberto entered the San Juan VAMC on 9/10/1970 with yellow jaundice. He complained of not feeling well for the two weeks prior. Cigarettes started tasting weird. Lots of gastric upset. Loss of appetite. 9/10/1970 was 57 days after separation-well within the accepted parameters of the golden year for hepatitis.

That first document was none other than an informal claim on a VA Form 3101 Request For Information. Nowadays it’s called a PIES request (Personal Information Exchange System). The VA sends out an SOS to the military to give them records they need.This particular document glows in the dark. It has more information on it that you could pray for. In block 3, describing the type of claim, there are two abbreviations: Orig. is Original as in original claim for benefits; Hosp. is Hospital (San Juan VAMC) meaning the original claim was filed in the…wait for it…. VA hospital. It was filed 10/31/1970…seventy seven days after separation from Active Duty. And, as everyone knows, if you go into the hospital and are definitely sickie, they start an informal claim. They are legally obligated to pass it on to the Regional Office for adjudication. The only hitch is that you have to file the actual VA 21-526 Claims form within one year of the filing of the informal claim. Roberto got his 526 in with 43 days to spare.

The 3101 also has a shiny new 8-digit VA claims number which I am legally obligated to redact. This proves the claim exists. It’s the provenance I need to show its import. VA knows to within a minute when that claims file number was issued. It’s the beginning of the claims file. The very first document. It proves the claim number was issued for an informal compensation claim and not a VR&E -generated number to learn how to be a carpenter. To put whipped creme on top, the VA date stamped it not once but twice on 12/28/1970 and 1/05/1971. Now you know it’s legit.

The 3101 also supplies the needed benefit Roberto is claiming-hepatitis. As we all know now, hepatitis can be multifaceted. We have Hep A, B and C. We have steatohepatitis (fatty liver). There’s even a chronic Hep B. Ad nauseum. The point is it’s hepatitis not otherwise specified (NOS). Read my legal brief below and you realize how easy it was to unravel this once I found the defect. Remember, VA screws up everything. As a litigator or even a do-it-yourselfer, you have to find the loose thread and keep tugging. It ‘s childsplay to go shopping for more claims evidence in VBMS once you find the Golden Egg. Here’s the 3101 redacted. Roberto gave me permission to share this with you. If it helps even one of you Vets then He can die happier.

Here’s my brief. I hope it helps one of you. I decided to focus on several pieces of evidence that eluded inspection until 2013. One was sent to Roberto on about his 8th FOIA request for documents from the VAMC in 2001. That was the liver scan six months after an earlier one that showed “persistence of the active liver disease”. That’s longhand for “chronic”.VA can’t even remember to destroy the incriminating evidence. This is who you’re dealing with.

I suppose there’s another theory of CUE I didn’t pick up on until redacting the above. What if this was an informal claim never adjudicated? Was there a phantom 526 at the hospital that was “lost” but somehow managed to get that claim number issued before the coup d’grace? Who knows. Let’s let VA chew on this one for a while… but not too long. Roberto is advanced on the docket of anything because he’s living on borrowed time now. I pity the poor VA Examiner who gets this baby in his in-basket. $100 bucks says they hot-potato this around the NWQ a few times before someone gets stuck with it and shits. 40% from 15 July 1970 to 9/12/2017. A dying man could cross off a lot of dreams on his bucket list. 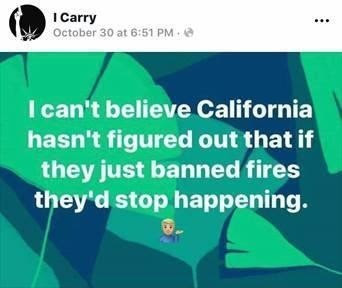 Hey it worked for guns and drugs. Why not?