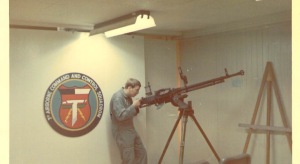 Yet another Veterans Day story in the “pages of our war” lives. This one hits closer to home for me on several different levels. I wish to introduce you to Ray from Texas. Once upon a time, Ray served over me in a  C-130 with a Theatre Air Control suite. Several air controllers could summons and direct vast air assets where needed. Ray’s 130 flew a racetrack pattern over Military Region II (MRII)- code name Barrel Roll. South of us along the Vietnam/Laos border was a similar MR III called Steel Tiger. Most of it was unrecognizable at 32,000 ASL. Hillsboro’s racetrack pattern was primarily over the Plaine des Jars… once upon a time… in a farwaway country that rhymed with “mouse”. My nondisclosure agreement expires next September 20th (2020) or I’d go into greater detail. It’s a dilly of a story. It makes Terry and the Pirates look like a bunch of Snowflakes.

His was often the voice that greeted us on 118.9 Mhz upcountry when we called in requests for air strikes. His call sign was Hillsboro. The nighttime version of this was Cricket.  In all probability, I probably talked to this man more than once 49 years ago. That he would find me, Buckwheat,  and seek representation for AO in Thailand is a fantastic coincidence. Even more so, that I could take his BVA remand and turn it in to a full-blown route in his favor is better than a Supersized Roy Rodgers with three maraschino cherries and extra juice. You get better odds on  Scratch and Sniff Lotto tickets for $1000.

Of all Vets, even as a Thailand-based Vet, Ray should not have had to fight this fight. He was aircrew and they often had to beat feet and land at Da Nang or Cam Ranh if the NVAF sent any Migs up to snoop around. With that testimony and his Air Medal showing combat, he should have been granted presumptive exposure and not been put through five years of pure hell. Prostate cancer and the post-cancer residuals are pretty nasty. Throw in some serious DM II/PN and you have a world of misery on top of your VA claims.

Ray came to me and needed a repair order. What kind, he was unsure of. I made no bones about it about ten seconds after I got my CMA to expedite the Power of Attorney in VA’s computer. I plumb laid into the David Koresh Memorial Regional Office in Whacko, Texas. I let them know this was not going to be a Texas Necktie Party on my watch. I made it clear I was getting a SME (Subject Matter Expert) IMO (Independent Medical Opinion) to rebut anything they came up with for a new hangman’s noose and a fresh horse. I just didn’t say when. Within a month, some gomer GS-13 with a goofy voice named Fred McGonagil or similar rings me up and says he’s figured this all out. Stay with me now. This is going to grate on some of you Thailand Vets’ ears if you’ve been fighting this thing for a while.

Since our boy Ray had to pack up the 7th ACCS’s paraphernalia and take it from Udorn to Korat RTAFB via a deuce and half in ’71 when they relocated, it stood to reason that he had to have gone off base and was exposed to- guess what?- AO- or rather ‘tactical herbicides’- in polite Thai parlance. The King had forbidden its spraying in his country. He wasn’t any dummy. By now, he’d had a decade to appreciate what Agents Pink, Green, Purple and Super Orange had wrought in Laos and the Vietnams. I guess he figured A White and A Blue were not quite so toxic. Fat chance. Worse, when we quit spraying it in the RVN, they just transshipped all the leftovers where it was needed… around the inside perimeters of our bases in Thailand.

You can see why this dog won’t hunt. AO (or whatever) was sprayed, as I just mentioned above, inside the perimeter to keep firing lines clear. Of course, if the gooks got inside the wire, our barracks were about 40 feet away anyway. We would have been toast in seconds but every one of us already walked through AO to go anywhere on base. If exposure was to be granted for being outside the wire, it brings into question all the troops who went off base every weekend to go drinking.

So, my guess is they did some JSRRC (Joint Services Records Research Center)  sniffing and the command history of the 7th ACCS popped up showing occasional diversions to a RVN base. What better way to dodge the stupidity bullet and admitting your ignorance when you can unilaterally alter the regulations by granting SC for being off base. Who will ever know? About everyone who reads this blog, I hope. Hell, based on this, having a STD should automatically give all of you Thai Vets presumptive status, right?

Regardless, VA has screwed up as only they can. §3.103(c), written by our beloved Secretary, states in no uncertain terms…

§ 3.103 Procedural due process and other rights.

(a) Statement of policy. Every claimant has the right to written notice of the decision made on his or her claim, the right to a hearing, and the right of representation. Proceedings before VA are ex parte in nature, and it is the obligation of VA to assist a claimant in developing the facts pertinent to the claim and to render a decision which grants every benefit that can be supported in law while protecting the interests of the Government. The provisions of this section apply to all claims for benefits and relief, and decisions thereon, within the purview of this part 3.

That’s pretty powerful Ju-Ju. What it means is VA forgot to grant Ray SMC K for loss of use of a creative organ. Worse, they short-sheeted him on SMC S as well. Buie v. Shinseki is unequivocal that you must maximize any award and most especially SMC awards. Having prostate cancer sort of screws things up as only VA knows. Worser, DM II also does, too. Worser yet, VA knows all this. How can they feign medical ignorance?

VA chose to add all these ratings up to arrive at a “combined” rating of 100% or greater. However, this is incorrect. The proper way was to grant TDIU for the 60% s/p Prostate residuals and grant SMC K for LOU plus SMC S for an independently ratable 80% for the residuals of DM II. Or, in the obverse, grant TDIU for the DM II plus residuals and award SMC S for the 60% s/p Prostate. Six of one and half a dozen of another. Trust VA to come up with the least benefit possible. This is becoming the norm in VA “cost-cutting” since the AMA was dreamed up back in 2017.

So, it’s back up to the BVA hamster wheel for a few more months for poor Ray. One of these days you folks will believe me when I say VA is not your BFF. Anyway, it’s one hell of a Veterans Day warm, fuzzy tale and its entirely true, or will be, on 9/23/2020. Thank you Ray for trusting your appeals to me. I hope I passed the audition. Here’s a great shot of Ray and Muriel. It’s why I so love doing this work. You just can’t make this stuff up.

As a P.S. I wish to thank my local Les Schwab Tire Store in Gig Harbor, Washington for fixing two of my tires this morning for free and they weren’t even purchased there. The young man refused payment…and thanked me for my service. I knew that “I served in Vietnam” bumper sticker would pay off eventually. Did any of you know Les Schwab was a Veteran, too? 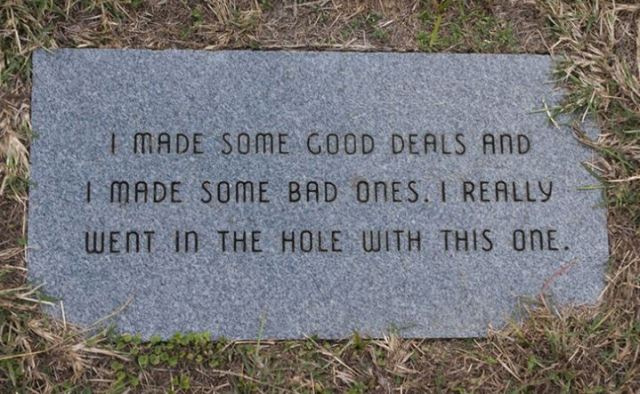