I don’t automatically hurl deprecations  about-especially now that I have come in contact with numerous VA employees who really wish to do their jobs right. I do find it interesting that 38 USC and 38 CFR escapes most of them. We (attorneys and agents) are required to be cognizant of statute and regulation. I suppose I should add a side note and say VA employees seem to think we are also (or should be) conversant in M 21speak. Why bother? I don’t like to waste a good brief written in M 21ese that will be ignored at the BVA.

One of my numerous readers, Troy, found this gem out there in the Wide World of Web. Amazing. I would have expected all these things to be on the other side of the VBMS curtain. Whoa, hoss. They are. All but the “bibles” are in the accessories section of the VBMS. https://www.fergoogle.com/

The M 21 is a living organism. It is always out of date even though it needs to be revamped almost daily based on the machinations and precedence handed down by the CAFC and CAVC. VA did make a valiant attempt to revise it back in 2006 but the precedental changes occurring as mentioned above would have rendered it unusable almost moments after any official completion. VA now makes no attempt at presenting it as current law. It’s a polite chuckle like rolling your eyes and discussing the family’s crazy aunt with the prefrontal lobotomy your parents keep locked up in the attic and only invite down for Thanksgiving and Christmas dinner.

The M 21-1 is essentially a guide with no force of law. Imagine putting together a bookcase from Ikea™.  Analogously speaking, the M 21 is the set of instructions you find inside the box pertinent to the article of furniture you wish to assemble. In that regard, it attempts to mimic 38 CFR but instead of a regulatory holding, it dictates if and when you can grant entitlement to the claim. Thus, rather than learn law and employ it, you learn how to insert claim A into the M 21 computer, answer a list of questions concerning the medical aspects of the claim, the service connected aspects and any definitive evidence that “at least as likely as not” confirms the debility exists currently and walk around to the other side of the printer and collect the fruit of your labor. Granted, that is a vastly simplified version of what happens but it conveys the general idea. Another comparison would be a Detroit automotive line. Each section adds an engine, wheels, body, ad nauseum until it exits the building completed.  I like this M 21 version:

Back in the day (1975), a rater, who was often a Vet himself, would sort through the pile of paper and come to a legitimate decision. The outcome was usually the 0% ice creme cone with a scoop of air. Occasionally, you’d snag a 10% for fifty scars from a hand grenade. In those days, I could take my denial or low ball downtown to the RO and discuss it with the rater. I got to know Mr. Peterson really well over this and my VA loan. He eventually became the Director about 16 years later and even signed my letter for the 100% schedular.

Nowadays, the claim is disassembled into small, component facets and shipped all over the country via the National Work Queue (NWQ) for piecemeal completion. I had a Vet at the David Koresh Memorial RO in Waco get this wash and wax job technique by a gal in Detroit last week. I think she had the NOD since late 2015 and finally jumped on it last week. In between, I’d obtained a professional IMO from a neurologist, filed several new claims and had another NOD in the pipeline. She never looked into the VBMS from what we can ascertain. Hellllllllll no.  She just picked up the efile and continued right after the 1/12/2018 c&p for PTSD increase and lowballed him up to 50% from 30. The actual c&p examiner had used the language verbatim for granting 70%. Nevertheless, RVSR Jody strapped on her PhD. degree in Psychology and determined he was 50% with some M 21 massaging. Had she reviewed the e-file, she would see the newer c&ps, the IMO and oodles of other info such as the TBI for 70% which would have prevented her from even trying this stunt. I’m into it two weeks and finally found out the authorship (Detroit). A DRO Coach called me to ask for enlightenment after I emailed him with a WTF?. He actually started writing it all down when I mentioned the PIES request and got into the 3.156(c) part of it.

So. Now we have a wonderful, expensive new tool (VBMS) thanks to Allison Hickey that no one consults. Idiot’s delight. One repair order on how to get all this  right the first time  comes from a techy RVSR who has gradually built a RVSR Bible of “how to” to interpret the M 21. That’s no small task. You next have to wonder if anyone reads his Fergoogle site.

Given the document (M 21) is flawed from the outset, our RVSR can only dispel the errors and teach how to override the system and do what is supposed to be done… the second or third time after the NOD and VA 9 have been filed and DRO review has been requested. A bandaid on a sucking chest wound?

Another enterprising VSR in Denver has even made his official contribution. One wonders if he created that beautiful cover below for his pièce de résistance  on his own time or with the blessing of his Coach on VA’s dime.

Regardless, I’m overjoyed to see VA ratings personnel attempt to imply ( and teach others) they achieve a 98% accuracy rating in a short (125 days or less). My guess is that a lot of you folks don’t contest your denial and it stands undisputed as correct. If we were doing this with real statistics, any BVA grant would wipe out the denial and reverse the statistic. Using that more truthful metric based on CAVC jurisprudence shows that the accuracy rate falls to 27%. I’m going to go out on the little branches and posit that if we were doing claims for GEICO and only got 27% right after two or three stabs at it, we and our “Coach” might be politely asked to seek employment elsewhere. Not to worry. The VA even has work incentives in the form of $$ (but never called bonuses nowadays).

Perhaps that has something to do with the VA RVSR who contacted me with a shiny new email from ag@cantfindme.com last month and cryptically wondered how much I make being a VA agent annually. Ruh-oh, Rorge.  If s/he’s calling me, they just lost another rater… Come on. If you’re going to be expected to make life and death decisions which turn you into a raging alcoholic to maintain your composure, and only get paid about $68 K a year with no wild and crazy Christmas parties, if you’re 35 you probably keep an up-to-date resumé  on the desktop-just in case a better job prospect arises. From what I gather, that happens far too frequently at our 56 Alma Maters. Only the real assholes find any joy  in camping out there and becoming DRO lifers. I know. I’ve met them across our fruited plains. I can count the good ones on my hands.

Enjoy you Christmas/Hanukkah season.  Thanks Troy. Two attaboys and one free counseling session. 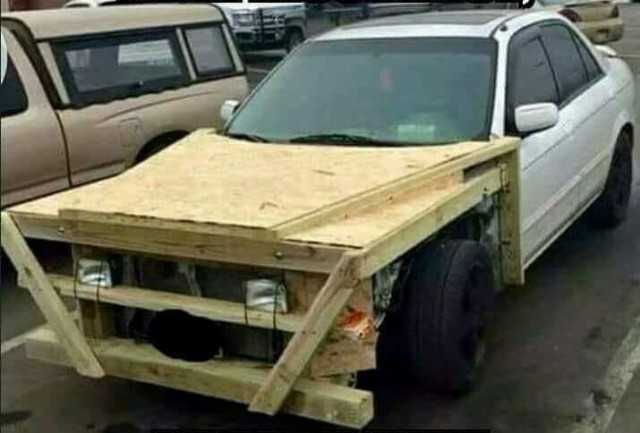 P.S. The perfect gift for that special DAV VSO in your life.