ILP-HANG IN THERE. WE NEED GUIDANCE ON THIS. NOBODY EVER WON. 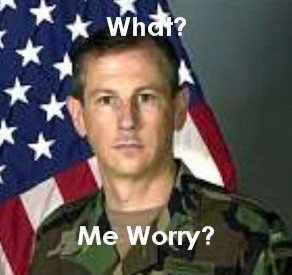 After waiting patiently now for over three months  for my Seattle VR&E minder, Kris Holloway, to push print on my greenhouse, I decided to call him up and rattle the ILP cage. True to form, he let it go onto Voicemail after being informed it was the asknod puke from Gig Harbor. I expected no less. His answer arrived this morning.

Nothing like an economy of words. VR&E are well-known for that. Without being obnoxious, I’m tempted to email him back and ask what the controversy concerns. Can it be they have never granted an ILP based solely on avocational grounds? Is the Hobby Lobby excuse no longer valid? Are they in a total quandary due to the M 28 R manual of denials not having the requisite chapter on how to implement a program of Independent Living Services that entails more than can grabbers and grab bars near water closets and tubs? All these queshuns and no answers. What to do?

Well, what else? Jim Dandy to the rescue. That’s what the VR&E’s Central Office is for. Old hands there in the Senior Executive Services with calluses on their knees from Repetitive Bonus Begging Syndrome ( RBBS- a strange disease exclusive to VA jobs inside the beltway) are valuable fonts of information on how to minimize the largesse of the Board of Veterans Appeals.

I’m sure the good folks working for Jack Kammerer, our new fearless VR&E leader, are presently trying to reduce or eliminate the majority of the grant and redefine the meaning of “heated” and “ADA-equipped” as it applies to VA greenhouses. Look for a   specification that grab bars will be installed somewhere as will a cordless phone for those “Help! I’ve fallen down and I can’t get up” moments.  Rest assured, it will be the Veteran’s responsibility to provide the landline for said cordless phone. Look also for an electric can opener for those fibromyalgia-challenged hands to open plant vitamins as well as a can grabber to facilitate getting them off the top shelf.

Being a self-starter, I have decided to take it up a notch and contact ol’ Jack the Ring Knocker myself. Seems they all formulate their emails similarly so it must be Jack.Kammer @va.gov. After reading his bio, I’m disturbed. He has no VR&E qualifications like his predecessor Margarita Devlin. Worse, a ring knocker like Jack with 25 years under his belt who never made it past O-5 (Lt. Colonel) speaks volumes about him. Basically, he timed out. He needed that promotion to Colonel to stay in and he never got it. Far worse, a combat veteran from the Long Grey Line who never even got close to General rank means he’s of below-average intelligence or got caught in some sexual misconduct. Regardless, they all find a home at VA eventually.

I wonder if he’ll give me permission to use his VA Mastercard to charge this and get things moving. A special email confab with  Greg “Jack” Kammerer? Priceless. For everything else, there’s VA Mastercard®

P.S. Well you know me. I couldn’t resist.

I write to ask for information as well as assistance. It appears there is a dearth of both at the Seattle Regional VR&E office. On September 4th, 2015, I was awarded a grant for an ADA-approved, heated greenhouse based on my extremely severe disability picture. I have two 100% total disabilities and a handful of smaller ones (60%, 40%, 30% and 10%) that make my life challenging to say the least. As you have been in a war, I assume you are familiar with what transpires. I did two tours in Vietnam, Thailand and Laos from 1970-72. The lasting effects on my health from a simple through and through gunshot wound and Agent Orange exposure long ago have gradually snowballed into a particularly nasty set of disabilities. Horticulture is my last hobby I can manage outdoors.

Apparently, no one in the Seattle Office has any experience with ILP or else no one has ever awarded one of this magnitude. The vocational rehabilitation officer and/or his subordinates have finally decided to ask for guidance from you on the award. Where was this guidance before the denial and subsequent appeal? Doesn’t it seem rather obnoxious on its face to spend years denying a one-time shot at ILP and then have to ask for guidance when it is finally overturned on appeal based all along on faulty legal logic? Am I alone in thinking this?

As a concerned stakeholder in this enterprise and the intended recipient, it strikes me as rather odd that I am not involved in the decisional process. Perhaps you are unaware of the timeline on this. I applied for the ILP in May 2011 only to be told no such thing existed. After ascertaining it did  indeed exist, I was categorically told there were no provisions for “avocational applications”. After numerous cites to 38 CFR §21.160, .162 and 38 CFR §3120,  I finally filed my appeal. The requests were all denied in spite of rebuttal and probative evidence in support of the application based on case law and supportive medical evidence. The Form 9 Substantive Appeal was “lost” and, but for the USPS certified mail receipt, I would have been forced to start anew. The lost Form 9 was later miraculously “found” but only after I supplied the USPS article number and a copy of the receipt showing signed delivery.

After the Seattle VR&E’s failure to issue a timely Supplemental Statement of the Case (SSOC) in the spring of 2014 following my SOC rebuttal and filing of new and material evidence a third time, I finally filed an Extraordinary Writ of Mandamus (see CAVC #15-115) requesting the VA Secretary issue a Form 8 certifying the Appeal. The Seattle VA Veterans Service Center Manager (VSCM)  finally complied in late February 2015. My appeal was advanced on the docket under Rule 900 38 CFR §20.900(c) by Veterans Law Judge Vito Clemente and I was able to obtain a Travel Board Hearing before him April 29th, 2015. For the record, the advancement on the docket was for medical reasons.

On September 4th, 2015 his decision granted me the greenhouse. Since then, I have been unable to begin a colloquy with my designated Vocational Rehabilitation Specialist nor one with the VR&E’s head officer, David Boyd. As a major stakeholder in this enterprise, I find it disconcerting that so little effort is being made to keep me in the loop on the long delayed progress. Every morsel of information gleaned so far is by querying my counselor via email. My phone calls to them go unanswered. Considering the Seattle VA’s VR&E caseload has steadily decreased to a mere 16 cases last year (FY 2014), I find it incongruous that communication with my rehabilitation counselor to find out the progress of a four and one half year old claim is analogous to pulling teeth out of a live alligator. With that paltry a caseload, any excuse as to his workload being overwhelming is unsupported by the VA’s very own statistics.

VA Secretary Bob McDonald has begun insisting that VA is now “Veteran-centric” and receptive to the needs of it’s constituents. Perhaps Mr. Boyd hasn’t received that email yet. Perhaps it’s as simple as what VA Secretary Eric Shinseki suffered from to his detriment- i.e. lack of reliable input. I note with concern that the VA Table of Organization shows each of VA’s VR&E offices in the 56 Regional Offices are completely autonomous and report to no one above them. A leaderless VR&E office with no oversight is precisely what led to my having to appeal as well as filing a Writ with the CAVC to obtain a timely, prompt, correct decision.

I have no idea of the complexity of ascertaining the parameters of a greenhouse grant but Seattle’s VR &E folks apparently consider it far more complex than a wheelchair ramp or a HISA grant. I fear I might pass away before the specifications are settled upon at the rate it is progressing. I submitted all the technical data for the greenhouse per Mr. Kris Holloway’s request several months ago. In addition, since VA did not have a copy of the BVA decision (http://www.index.va.gov/search/va/view.jsp?FV=http://www.va.gov/vetapp15/Files5/1538123.txt), I sent them one. If the VBMS cannot transmit a six-page decision across country in less than a month, I fear for the future of the electronic records initiative begun by USB Allison Hickey in 2009.

I also find it alarming that the Seattle VR&E had no inkling that the IL Program encompassed avocational grants. As you are probably well aware, VA Office of General Counsel Precedent 34-1997 (VAOPGC34-97) clearly and unequivocally covered that eventuality eighteen long years ago. My whole appeal has revolved around my counselor’s dogged insistence that ILP was a “vocational” vehicle even though there was never any hope for my rehabilitation being successful enough to consider beginning, let alone holding, a job. How many of my fellow Veterans have been similarly disenfranchised due to this defective interpretation of VA regulations? As the titular head of this VR&E operation, I feel some OJT may be in order for your employees.

Considering the precipitous annual declines in the awards, I suggest your subordinates investigate this and schedule a nationwide training session on the parameters of the ILP. Clearly, it is underutilized and almost unknown in the Veterans community. Wyoming, as an example, has had zero (0) IL rehabilitations since record keeping began in 2004. The Manila VR&E likewise shows none either. Several others such as the White River, Vermont office show similar inactivity. Under, or non-utilization of such a valuable program for America’s most severely disabled Veterans is a travesty and a waste of scarce Administration resources. Congress explicitly set aside extensive funding for this in 1982 and the program is gradually sinking into oblivion. Considering that there are an abundance of SWA and Vietnam Veterans maimed by IEDs, Bouncing Bettys and the like, finding 2,700 souls to award an ILP grant to annually should be a cakewalk. For some reason, the message is not being disseminated at the VR&E level where it would be the most logical place to inform Veterans of their potential entitlement to such a valuable program. I certainly don’t consider myself to be anomaly among the universe of severely disabled Veterans.

If you would be so kind, the favor of a reply would be appreciated to clear up this enigma. Obviously, the folks in Seattle are sailing around in circles and admittedly clueless on how to proceed. Perhaps your VACO troops could illuminate them sooner rather than later. My health is not improving with age and I had hoped VR&E was more streamlined than the Veterans Benefits Administration’s intractable backlog of appeals. If there is anything I can do to facilitate a quicker resolution to this, please do not hesitate to contact me.

3 Responses to ILP-HANG IN THERE. WE NEED GUIDANCE ON THIS. NOBODY EVER WON.