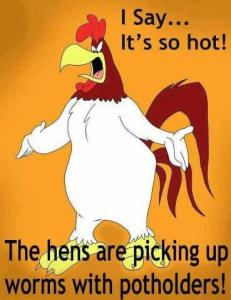 About this time of the year the weather changes and Monsoon starts. It finally rained and not a minute too soon. I know the tomatoes will suffer  but we haven’t had any appreciable rainfall since May. The good news is a record harvest. This will be of immense interest to the boyz in the VR&Ehood. Ever since they surmised I had three greenhouses and didn’t need any more, I haven’t heard much from them. Nevertheless, it’s incumbent upon me to keep them up to speed and let them know how I’m fairing with what I have.

Life is good post-hepatitis. I’ve managed to divest myself of everything VA and use the VA Choice Card exclusively for dental. Maybe I ought to start presenting it instead of Medicare.

The farm is out of control. The big pumpkins we planted turned out to be small, ghostly white ones. Wrong seeds in the wrong package. I suppose if you’re a White Supremacist, they’re just the ticket. The manure pile, on the other hand, is regurgitating pumpkins from some we fed the goat last year. They, oddly, weigh more than a VW bug. The corn’s longer than my forearm. The butternuts need a hand truck to move. And the corn, ahh, what can I say. Thank you yet again to Leigh and Paul Burch for turning me on to Silver Queen. My chest freezer runneth over and we’ve just begun. 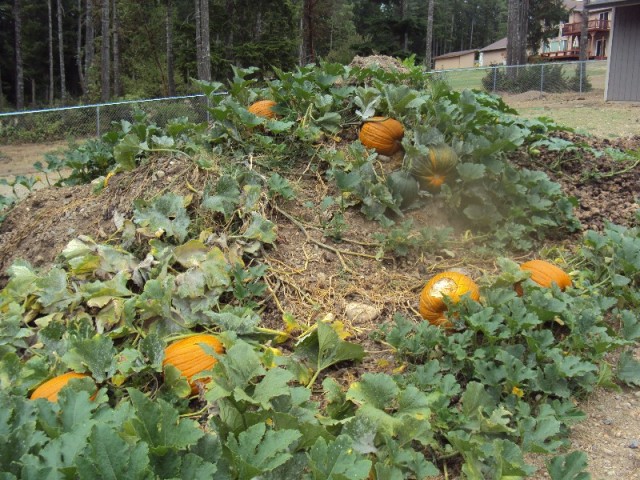 Mark, formerly Hepsick and now, a winner, came by for his graduation present after being cured. Nice Bike, huh? 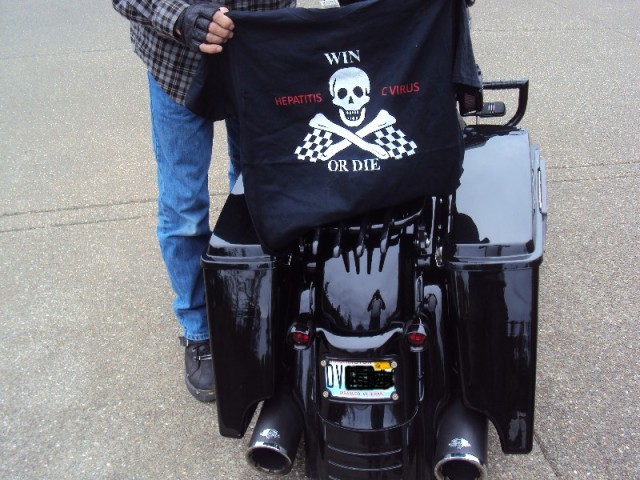 This will be a year to remember for many of us. Our numbers have been severely decimated over several decades with Vets dying from worn out liverboxes. It’s refreshing to see more in remission and a future that we never thought possible. To think that a doctor would be satisfied with a 34% remission rate using Interferon/Ribavirin boggles the imagination in light of our more recent 99.999% numbers.