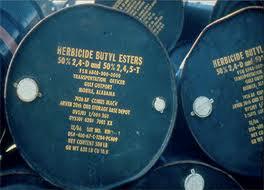 It’s not often you get to see archival footage of contemporary events from the Vietnam Boundary dispute. One notable event, the dispersion of Agent Orange, is often depicted as being a process akin to crop spraying with C-123s. This footage demonstrates an entirely different facet utilized by Brown water Navy sailors. It is only one of the many ways it was dispersed. 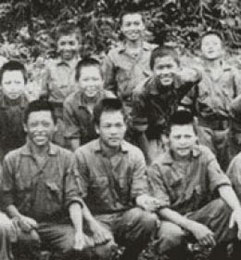 Perhaps the saddest recollection of this was watching young Meo (Hmong) tribesman between the ages of seven to eleven using cut off Clorox Beach bottles scooping it out of 50 gallon barrels to spread it along the taxiways and the active runway at Long Tieng. Royal Laotian Air Force (RLAF) recruits were required to do this every two months up at Luang Prabang (L-54) and even more frequently during monsoons. At the time, I had no idea of the future consequences. Every time a chopper came in to land, it stirred up the red clay and we all inhaled it, too.

Once Hmong ‘children’ reached twelve they were officially conscripted into General Vang Pao’s army and were not required to do such mundane tasks. I have often wondered how many survived the war only to have the horrendous side effects as my generation of Veterans has. Keep in mind, they didn’t even dilute the Orange or Blue in the normal 1:1 mixture with a petroleum product such as kerosene but rather used it at full strength. Afterwards, they would retire to the stream below the village and wash off. Some, but not all of the villagers, used our well for drinking water. As hepatitis A and B were rampant, it was fairly obvious that normal sanitary precautions were not observed.

A warm thank you to member Sam for finding this and sharing it with us.