Doesn’t anyone on Capitol Hill (i.e. Rep. Miller et al) find it intriguing that if you or I so much as filed a phony travel pay report and tried to take these folks for $40 dollars, we’d be hounded to the ends of the earth by VA’s Inspector Gadget krewe and their counterparts at the US Marshal’s service ad nauseum? They wouldn’t sleep until they had uncovered all the miscreants and sentenced them to five years of hard time with an ankle bracelet at home. Five years of Drew Carey and Susan Lucci is cruel and unusual punishment.

Think about that in the context today as crime abounds at the VA. No, not just the brouhaha in Phoenix  but the systemic crime of doing this at 93 other VAMCs as well. No one has been indicted, demoted, sent to an EBE VARO in Ft. Harrison or Sioux Falls or come down with a really, really bad  case of sudden retirement. The total focus has been redirected like a three-card Monte game onto whether anyone died from it. Apparently 293 of our brethren took an early out in the interim from what we now know has been conclusively proven-not 40.  Too bad they didn’t file their records with VAOIG because now there’s no record of them in the system-ergo no crime. How convenient. 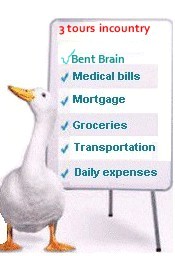 If you waited and waited for a new appointment for a mental health consult at VA following separation, it can be assumed that three tours in Afraq would be a biiiig qualifier to someone at the scheduling desk. I’d give up my place in line for him/her in a heartbeat. If a guy opted to suck on a lead lollipop in the interim in desperation, I’d say it was probably because his cry for help went unheeded. In my book, there’s a flashing red arrow pointing at these Vets with neon words beneath saying “Help!” If the VAOIG can’t connect the dots conclusively without the shadow of a doubt, perhaps the question was misphrased by Rep. Miller. Seriously? No flies on me? You congressfolk didn’t phrase the question properly?

VA is so ham handed they can’t even come up with a viable defence. How many VARO denials have we read where the evidence was not found in equipoise so the benefit of the doubt is not for application? Perhaps millions. Much like the Colvin decision back in 1991, the VAOIG is inadvertently playing Dr. Ben Casey and strapping on the stethoscope. They are not allowed to make a decision on whether anyone died. They are supposed to be trying to determine if it might have had a deleterious effect on anyone who was denied treatment. They are also tasked with rooting out lying sacks of shit who work there and make flunkies lie for them to get their VA bonuses.  None of this has transpired and the silence is deafening.

Call me Bob. His name is Legion for he is many.

Ronald McDonald has been set a horrific task. Round up the little VAMC Hamburglars and either indict them, keel haul them or send them packing with a bill for the fraudulent VA bonuses-with interest. The legislation has been passed, signed into law and now the pregnant pause. Sharon Helman  is out of sight but not out of mind. Shoot. She’s still pulling in her paycheck while she gets her handicap down to a nine over at Andrews. Why is that? Was it impossible to conclusively prove she purposefully ordered the VA schedulers to lie and commit fraud? VA would have us characterize this as “Well, no one died from it near as we can tell so why get down on the VA employees here? No harm, no foul. Can’t we all get along like Rodney King wanted us to? We promise never to do it again. Okay?”

A crime has been committed. The VAOIG is charged with investigating and coming down on these people like white on rice. This is how they did it to Keith Roberts back in 2004.  VAOIG is the name. Cops and robbers is the game. I fail to see a difference. Who cares how many died (besides us)? They were irreparably harmed by virtue of lack of care. Duh. Where did you park the squad car, Dick Tracy?

It’s now time for the hangman’s gallows to be erected and the guilty to be hung. Pronto.

P.S.  Apparently, they (OIG) Chieu Hoi’d today and admitted perfidy. Long overdue game of semantics is finally over. Now we need to find out who put the grip on Griffin and made him change the “findings”. There be the smoking gun to all this.