Assuming the new “Honoring our Promise to Address Comprehensive Toxics Act of 2021”, abbreviated as PACT, ever passes, Mr. Jack L. Stover’s appeal here and the remand back to the AOJ Puzzle Palace for readjudication (via the BVA) will become more moot than shooting a dead skunk in the middle of the road. Of course, if Republican intransigence over the Democrats packing the bill with a bunch of extraneous baggage holds, passage of the bill may die an ignoble death. I somehow doubt that. It’s the right thing to do to grant presumptive herbicide exposure to all of us who ended up in that country to the north of Thailand that rhymes with ‘mouse’ as well as Cambodia, Anderson Island and the Johnson Atoll.  But Thailand Vets deserve it most. “Honoring our Promise” seems a bit over the top. We Thailand Vets have been clamoring for recognition ever since VA first promulgated the regulations after Nehmer. Where were these gladhanders in 1989?

Notwithstanding the flimsy logic that granted a blanket presumption to all who ever set foot in Vietnam that they dined frequently on Agent Orange and its five sister flavors of herbicides, it would seem incongruous that Thailand Vets-who were actually penned inside the wire with AO- could have ever have been excluded.

Were it not for the declassified CHECO records clearly conceding use of “tactical herbicides”, this honoring our promise shit would never have surfaced. Sure, the Vets who dined on sand burgers in Southwest Asia might have gotten the burnpit presumption for snorting all manner of interesting carcinogenic substances but we never would have. Even more interesting was the absence of the last five or so pages of the CHECO which were extremely damning. And then… Et Voilà! They emerged from the depths. The military and VA went to extreme lengths to cast aspersions on the bona fides and provenance of the documents but to no avail. They’ve been used countless times to prove the use of the tactical herbicides in Thailand. I offered to testify on the subject of AO in Laos at the CAVC in 2012 and the Secretary caved in at the Rule 33 Conference to avoid going there. That might be one reason it’s taken twenty three years for this “promise” to surface.

Vietnam Vets, even if they were in the rear echelon areas, were presumed exposed.  We know nary a drop of this juice ever touched the earth around Tan Son Nhut Airbase. It was forbidden. Smart move in retrospect. You can still eat the rice produced thereabouts. But nevertheless, the troops in Saigon get the same consideration as the Vets up in I Corps who were dang near shampooing with it on an almost daily basis. 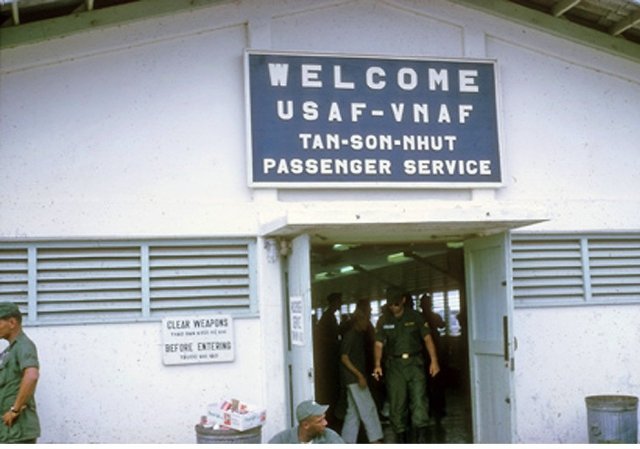 Thailand Vets, and all of us who purportedly worked for a civilian/government airline in nearby ‘neutral’ countries didn’t enjoy this presumptive. Imagine a big swimming pool with one ladder to get out at one end. That pretty much describes a Royal Thai Air Force Base. Now imagine lining the perimeters-including the ladders- with cyanide or arsenic every couple of weeks. If the wind is blowing even slightly, the overspray has been shown to travel 500 metres in tests.

Now, imagine that due to space restrictions, you placed the mess hall for the Enlisted pukes right up against the fence (Udorn) and the troops traipsed in three times a day. Wouldn’t that be considered being ‘in or on the perimeter on a daily basis while in performance of your regularly assigned duties”? Seems to me it would be a UCMJ violation to damage your body via anorexia if you didn’t eat.

But, in contrast to Vietnam Vets at Tan Son Nhut, your exposure factor would be one hundred fold. Barracks were less than 40 feet from the perimeter in some cases. To say our duties never took us to the immediate edges of the base is a pretty big stretch of the definition… kinda like we’re not in a “recession” even though we need a wheelbarrow of cash to go buy gas. Shoot, before long they’ll be printing thousand dollar bills again so guys can fold their billfolds and actually sit on them. 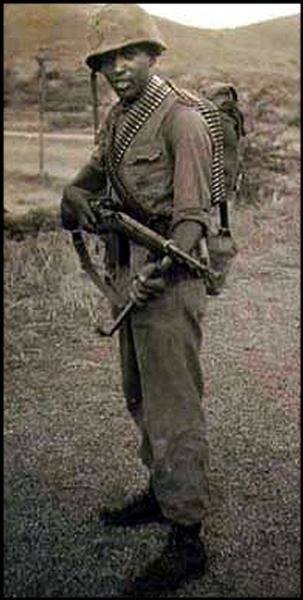 VA actually shot themselves in the foot on this. The BVA decision admitted as much. It began when this got to the Court…

“[W]e are asked to address how the Board defined the phrase “on or near the perimeter[]” as it relates to a veteran’s service at an RTAFB. As we will explain, the M21-1 provision provides that, under certain circumstances, veterans who establish that they served “on or near the perimeter[]” of an RTAFB may show, through performance of their duties, that they were exposed
to herbicides.  While the M21-1 provision does not provide a true presumption of exposure, the provision eases the burden of proving exposure, which is highly significant to a claimant.”

See? This was never a true presumption.  It was simply a concession of exposure if you could show your MOS qualified and nothing more. Fools gold. You still needed an IMO that said the ‘tactical herbicide’ employed caused your disease listed in §3.309(e). Far too many Vets got sucked into the belief that all you had to do was wave a black and white picture of your hootch showing the concertina wire a stones throw away to win. Or have your buddies write 4138 letters saying there was dead vegetation everywhere all the time. But VA would say the grass died because it wasn’t getting watered. Or that they probably didn’t spray the area around the main gate(s) because it was all laterite. 99.9999% of VA raters were never at a base in Thailand so it sure seems fishy that their recollections are gold but Jack Stover and his buddies’ recollections have faded over time as to where and what they were doing.

The actual foot-in-mouth moment was the seminal observation VLJ James G. Reinhart    let slip. Well, actually it was one of his munchkin staff attorneys who drew the short straw on this one. 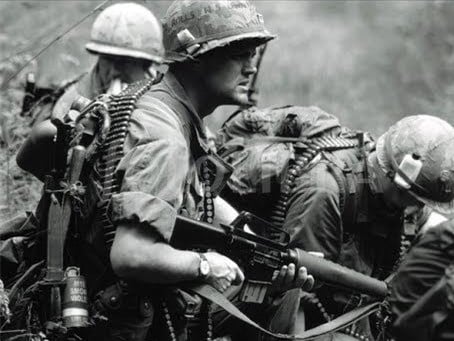 “The Board acknowledged appellant’s reports that the flight line was “next to the runway, which was beside the base perimeter” and that his barracks were located close to one side of the base. However, the Board found “the preponderance of the evidence is against a finding that [appellant’s] daily work activities placed him near the perimeter or that [appellant] was exposed to herbicide agents.”  The Board reasoned that if VA conceded herbicide exposure for appellant, “everyone who worked on the
flight line would have been exposed to herbicide agents,” something that would run counter to VA’s position that Thailand veterans were not entitled to a presumption of exposure.  The Board applied a similar logic to appellant’s reports of his living quarters being near the perimeter; it found that this “would create a slippery slope” that would mean “everyone assigned” to those barracks was [sic] exposed to herbicides.

Wow. What a concept. If we (VA) concede the truth, then Congress would be compelled to enact the PACT Act to cover this new revelation. Idiot’s delight. Here’s another:

“As to the photographs and maps appellant submitted, the Board rejected this evidence as well because it concluded the submissions did not “demonstrate that [appellant’s] regular activities or duties placed him at or near the perimeter.”

Nope. Sleeping is not a regular activity or duty. It’s purely voluntary. So even if we all slept soundly times 8 hours times 365 wakeups a dozen yards from the perimeter, that didn’t qualify. It would cost VA too much baksheesh. Can’t have that. They need every shekel they can lay hands on for that new EHR Medical computer. 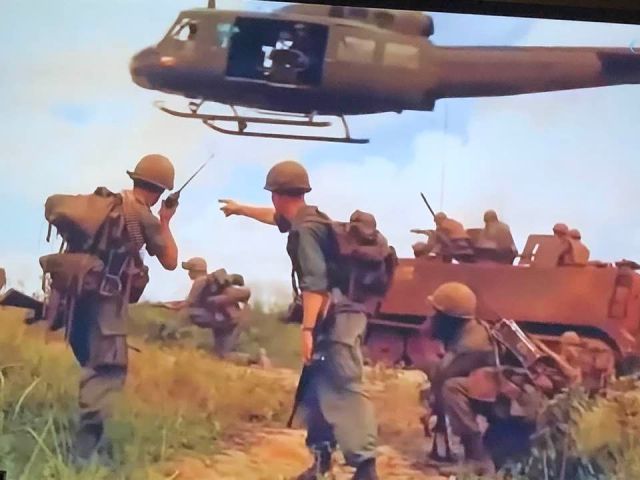 It seems so anticlimactic to have Stover come down minutes before the PACT Act becomes law. And boy howdy if you thought we were encountering a wee bit of a backlog due to all those Blue Water Squids showing up with their hand out, just imagine what we’re in for soon. Any idea how many of us are still alive who served in those areas? But wait. What about all the Air America guys? Remember they have to fight this battle at the VA too. Ditto US Health Service employees. I would have figured the CIA would have an under the table slush fund for all of us but they don’t. Imagine all who had fake credentials showing they were USAID workers? Mine said I was a French Teacher. Seriously. It was like Terry and the Pirates. I flew (and crashed) with a guy named Jack Smith.  Some of the other illustrious PICs (pilot in charge) I spent a few hours in the cockpit with were Benjamin Franklin and Thomas Jefferson. I traveled in high circles.

Stover will merely become a footnote in history some day if and when the PACT gig gets approval. You can be sure it will be full of strictures saying you had to be born on a Thursday at night in an odd month. Naw. Just kidding. Sure, you no longer have to have been a Security Po-lice man. They’ll take that out of the M 21. Now you just have to show proof you were even in one of those countries to qualify for the presumptive. Pity all the poor guys who were doing TDY out of Clark or Kadena who didn’t keep copies of their 626s. A 214 without the VCM/VSM/COG is going to be useless for proof and besides, it won’t show Thailand Incountry- just RVN yes/no. For that, you’ll need to dumpster dive in your military personnel files for proof. But remember that the military rarely, if ever, kept TDY records. I knew some day I might need proof I was/wasn’t where I should/shouldn’t be. Think back to ol’ Lt. Calley of My Lai fame. In retrospect, I’m guessing he wishes he’d had a pocket recorder tape of Captain Medina telling him to ‘terminate ’em with prejudice’. I kept things that proved I was in country just in case…

Of course, convincing VA I was even on that continent was a bit daunting. They said “no evidence” but we’re looking at it. They went with my DD 214 for eighteen years which was pretty sanitized. All it showed was an NDSM.

So, today’s teaching moment is prepare to adapt. I’d say PACT will become law soon-sooner if they take out all them environmentally friendly outdoor, unheated, Euell Gibbons earth composting toilets slated for Fort Harrison Montana and the other Northern Tier VAROs in the Act. So start getting your ducks in order pronto. We’re all about 66-88 years old folks. File now and get an earlier effective date under §3.816(c)(2)(i). Tell ’em axnod sent you.