SMC BVA HEARING–WHEN THE MUSIC’S OVER, TURN OUT THE LIGHTS

When Jim Morrison punched out, it left a hole in my psyche. Ditto Janis and Jimmy. The man’s talent was unmistakable. What a waste. Fortunately, in the short time he was here on earth, he left us with a plethora of wonderful music. My client Lori reminds me in many respects of his talents now lost to all of us. She had such wonderful prospects and looked forward to representing Veterans and it all came to naught.

Lori served in the Navy as an O-2 and came down with Multiple Sclerosis several years into it. Not to be thwarted, she went to law school and got her juris doctorate. Her disabilities continued to multiply and effectively prevented her from a meaningful career. Yeah. Think of that. A wonderful future ahead of you and it all came crashing down with a diagnosis of terminal MS. She tried vainly to practice law following school but was forced to face reality. How sad to think of all the potential Veterans she might have helped navigate the maze of VA benefits.

Lori was somewhat adept at representing herself for her benefits up until 2012 when she entered the Special Monthly Compensation arena. Suddenly, up was down and no one would give her the same answer on what she was entitled to. The Roanoke regional office, pursuant to a Hampton VAMC CAPRI note, granted an 80% rating for DC 8520-complete loss of the right lower extremity. They neglected one thing- SMC K under §3.350(a)(2)(ii) which goes with it. That was the very least of their errors and the beginning of nine years of obfuscation and worse- lies.

In 2012, Lori filed for aid and attendance due to a subset of disabilities which did not include loss of use of her right foot. VA granted her SMC L for aid and attendance but ignored the SMC K for loss of use. they also glossed over the ½-step bump for independently ratable 50% disabilities under §3.350(f)(3). Surprise, surprise, surprise as Pvt. Gomer Pyle, USMC was fond of saying.

By 2014, she had lost the use of her right hand as well. VA (finally) dutifully awarded  loss of use of the foot under DC 8520 and (magnanimously) added loss of use of  a hand under §4.71a DC 5111-i.e., entitlement under SMC L (§3.350(b)(1). All well and good-so far. A week later she got her rating decision and a note from the SMC gurus at Fort Roanoke saying she should reconsider this largesse and perhaps choose whether she wanted to keep her Aid and Attendance (and lose her hospital benefits) or accept the loss of use of the hand and foot and “keep” her free hospitalization benefits. In law, we call this estoppel. Estoppel is simply a big word for giving you shitty advice that harms your bottom line and your choosing to rely (to your detriment) on their defective legal reading.

Well, shoot. Lori was going down the tubes. This MS gig was a death sentence. It wasn’t going to get better or become static. She couldn’t exist unaided and had already spent days-sometimes weeks- at a stretch in VA hospitals totaling months in recent years. The thought of suddenly having to pay for all these inpatient stays out of pocket mortified her. She called the (800) 827-1000 Prize Redemption Center pronto and begged the VA to please award only the LOU of the extremities and to rescind the previous aid and attendance award. Aruuuuuu? SMC is not a “hold the pickles, hold the lettuce” arrangement. You get what’s behind Door #1-not what’s in Monty’s Cookie Jar behind door #3.  In this case, Lori became entitled to SMC O. With one of her SMC L awards being for aid and attendance, she should rightfully have been promoted to SMC R1 at a minimum and probably R2. VA had no more authority to suggest and/or employ this insane suggestion than they did to underrate her in 2012. This illustrates just how ignorant these chuckleheads really are when it comes to SMC. I don’t mean Virginia’s Fort Fumble exclusively. I mean all the Puzzle Palaces across our fruited plains. Houston is the absolute worst.

Lori continued to fight and file but all she garnered was SMC M for loss of use above the right knee. If VA was going to use this defective metric, by rights they should have at least given her the bump up to M 1/2. Being an attorney, she felt she could fight this and win it with one hand tied behind her back. Never underestimate VA. While you are arguing for SMC M 1/2, VA is laughing their asses off because you don’t even realize you should be at R1 or R2. And trust me when I say they are not going to CUE themselves and have that “Come to Jesus meeting” to make it right. 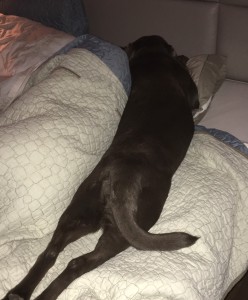 So she came to me, a lowly VA agent with no juris doctorate and still wet behind the ears with one year of “legal” representation under my belt.  Go figure. Sadly, I, too, fought these dicks on their level for years and tried to reason with them logically and explain it using §3.350. My dog Pickles is more astute. She I can reason with over who gets the pillow at night (her). As many times as I tried to CUE this error with logic, the more entrenched VA became in their denials. I even refiled it as a brand new claim for SMC R1 and tried to point out the extensive subset of all her disabilities and how none were duplicative or pyramiding. A brick wall would have been a far more sympathetic ear.

I had to sit down and sadly explain to Lori the arduous process ahead of us to obtain a hearing before a knowledgable VLJ at the BVA and the long wait inevitably ahead of us. Finally, that day occurred-May 4, 2021. Attached below is the Hearing transcript before an “acting” Veterans law judge (or AVLJ)- Judge (pro tem) Martin Peters. The hearing illustrates that even legally trained Veterans law judges are not up to speed on SMC any more so than the goombahs below at the regional level. I’m not suggesting that Judge Peters is a mental midget in this arena. Perish the thought. I merely point out how complicated this subject is and how it seems I end up at the BVA each and every time I file a client for the highest levels of SMC. The only good news is that I have all the regulations memorized now and don’t have to look down at my notes to quote the correct cite to 38 CFR Part 3 (or 4).

As an aside, let me discuss the difference between “acting” VLJs and  true VLJs. Both have the same authority but an acting VLJ is essentially a staff attorney who has not yet been awarded his Command Pilot’s Wings. If you were AirCav, think Peter Pilot. When the backlog becomes so egregious as to piss off Congress, VA relents and lets the hired help dress up in black robes and pretend to be judges for 90-day stints.  Some AVLJs are outstanding. Some are morons. I had one AVLJ who granted two SMC Ks for loss of use of each foot but couldn’t follow the Hansel and Gretel breadcrumbs to SMC L for loss of use of BOTH feet and grant SMC L. Many of these folks labor for years before they get the big promotion. Some arrive well-connected with excellent resumes and are awarded VLJ status right out of the box. Many staff attorneys give up waiting and move into other areas of legal employment like VA attorney extraordinaire Robert P. Walsh did. After slaving away for a few years at VA, he realized he was morally on the wrong side of the legal fence and transferred his flag to private representation. Many Veterans, too numerous to count have benefited-myself included. Of course, in my case, he hornswoggled me into doing this VA representation gig afterwards. In retrospect, I can’t thank him enough. 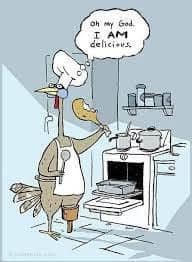 Getting an audience with a VLJ is only a beginning. You have to be able to cogently explain to them why you’re entitled to each step of SMC.  This means reducing your argument down to DickandJanespeak like the books we read in 3rd grade. Wait, let me put that in historical perspective-the books we used to read in 3rd grade in the 1950s. Nowadays, 3rd graders  probably read about how Jane learns the proper method of correctly donning Jack’s prophylactic using a banana to represent a reproductive organ-or worse. I reckon they call that Critical Sex Training these days. But I digress from Lori. Incongruously, to me time-wise, I was serving my first tour in Vietnam when she was born in 1971. Weird, huh? I guess if my religious beliefs were stronger, I might find this to be concrete proof of a Higher Being keeping me alive long enough to get her across the finish line. Unfortunately, we don’t do religion or politics here so that discussion will not occur. Karens forbid that.

I eagerly await Judge Peters’ reasoned analysis of when, and how disabled, Lori was and the end of her insane Alice in Wonderland trip through the looking glass into SMC. This article gives you a inside glimpse of just one Veteran’s travails and the futility of arguing 38 CFR SMC law with room-temperature IQ folks who only know they’re right because their M 21 Bible tells them so. If I didn’t know any better, I’d think that VA took a page out of the Flat Earth Society’s logic argument book- “I’ll see it… but not a moment before I believe it. And since believing it is never going to happen, so, too, will they never see it.

The reason that day will never arrive is simple. VA uses an SMC Calculator device which purports to be able to discern the proper rating. So far they’re batting .000 but you’ll never be able to convince them of their error. This is why they invented VA attorneys and Agents. I think the funniest part will be when the BVA decision is returned to the Jamestown Memorial Regional Office in Roanoke, the “VA ratings gurus” will concede nothing more than that the BVA has spoken. There will be no mea culpas or the donning of sackcloth and the anointing of ashes on foreheads. A brief admission of error would be nice but you’ll never get that from anyone who works at VA. Get over it. 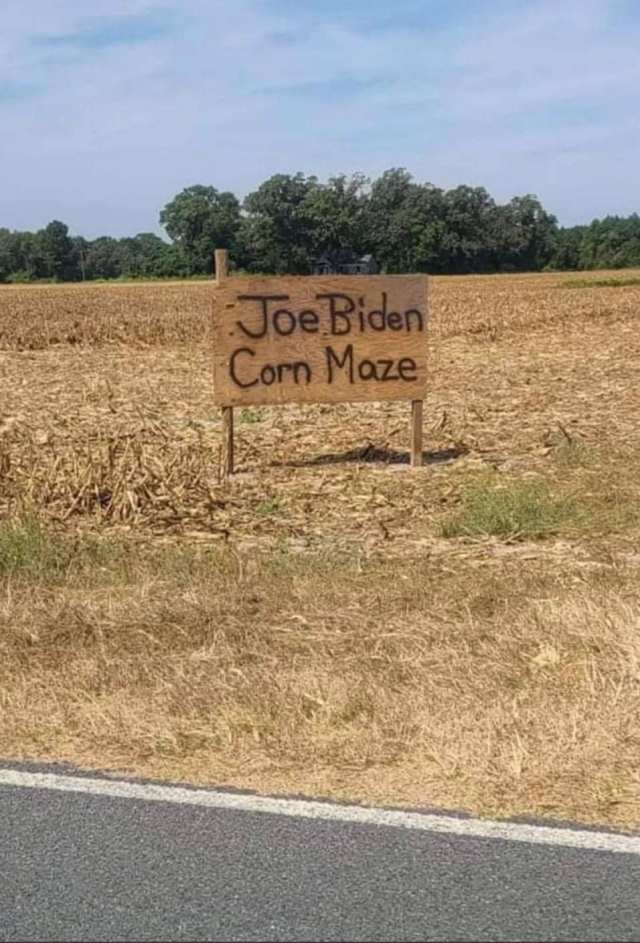 More anon when the decision is promulgated. I sure look forward to turning out the lights when Lori’s song is over. And yes, I’m crushed. They misspelled my first name.

P.S. I couldn’t resist this. Apparently, it’s all the rage with the younger Millennial generation. I think it’s called butt printing. Think the way hospitals recorded our right foot print on our birth certificate. Anyway, meet my son Buckwheat, my lovely daughter in law Kaylynn and our newest granddaughter Penelope. She peed on Matt when that paint brush hit the buttocks which explains the premature cessation of the butt printing.

And one of her masterpieces to rival anything Hunter might have painted.

3 Responses to SMC BVA HEARING–WHEN THE MUSIC’S OVER, TURN OUT THE LIGHTS