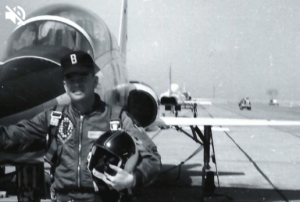 One thing guaranteed to make me tear up is the news that one of my long-lost Brothers-in-arms has been found and we are able to erase his name from the Laos list of KHA/BNR. KHA, for those unaware, was the military designation used for our losses and stands for Killed by Hostile Action. KIA (Killed in Action) is a more recent abbreviation. BNR, to  Plaine des Jarres Golf and Country Club members,  is Body Never Recovered. Thus it gives me great pleasure to announce the return of Lt. Ray Krogman of Worland, Wyoming , the removal of his name from the BNR list and a proper welcome home and burial. 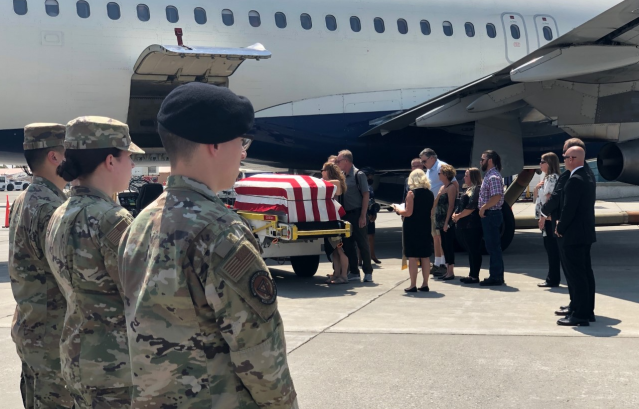 Sadly, when we were shot down in Laos, we were rarely accorded Geneva Conventions Protocols. Whether it was because we weren’t wearing military uniforms or the PLs just couldn’t be bothered to transport us back to a POW camp, the general practice was to execute us on the spot. Some, myself included, wore pure gold 24 Karat gold chains with which to barter our freedom. I had heard it mentioned that Air America pilots had some success with the technique. I carried a snakebite kit in one of the pockets of my survival vest, too. I’m equally glad I didn’t have to take advantage of that either.

On January 17, 1967, 1st Lieutenant Alva Ray Krogman, flying an O-1 F Bird Dog, Tail # 57-0914 out of Nakhon Phanom RTAFB (NKP) with the 23rd TASS (Tactical Air Support Sq.-aka FAC), was shot down. His call sign was Nail (# unknown). He was flying as Lead FAC in a strike against a 37mm AA gun site near Ban Muang Angkhan in southern Laos (MR III Steel Tiger) west of the DMZ when he was struck by groundfire.  The aircraft crashed a few miles away near Ban Loumpoum killing him instantly. 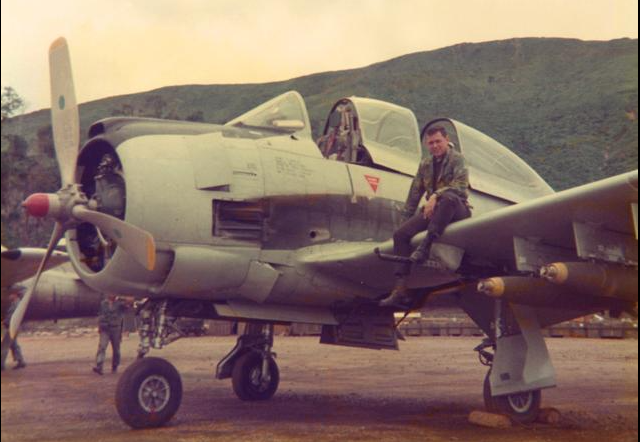 Lt. Col. Craig Duehring (ret.) Raven pilot sitting on wing of a Tango at Alternate circa 1970

Another airman flying a T-28 ‘Tango’ out of NKP was called in on Lt. Krogman’s  Search and Rescue (SAR) attempt to determine if Lt. Krogman had survived the crash. Capt. William Keith Cogdell, of the 606th ACS (Air Commando Sq.), was promptly clobbered by the same AA site while in the vicinity. His Tango rolled over violently on the port side, augered in and burned. Capt. Cogdell’s remains were recovered and positively identified on May 24th, 1994 and returned home for burial. That circle is now complete.

Fifty four years to be brought home seems like a lifetime. To me it is. Lt. Krogman’s niece was six when he was shot down on January 17, 1967. She was there to welcome him home when he landed at Bozeman airpatch.  It would be another three and a half years (1970) before I went over the fence. Considering the casualty rate was 40%, I count myself lucky to still be breathing and contributing to global warming.

Welcome home, sir. Another chapter closed. Lord knows how many are still lying there mouldering in the jungle awaiting their turn. I shudder to think…