Remember tanking up on this stuff when you DEROSed in 196_? Thirty five dollars would buy you a worked gold chain (24 karat). I had four one oz. and one 10 oz. giving me cervical distress when I came back. We used to carry them to barter our freedom if we ever found ourselves in Indian Country without a ride home.  I managed to hold on to one of them. The medal is a figure of a very holy Buddhist Priest rather than Buddha himself. I had 9 of these when I left but have misplaced them over the years. They were reputed to deflect bullets and hold off ghosts.  During a financial tight spot in 77, I sold the 10 oz. chain for what might be now considered pennies on the dollar. 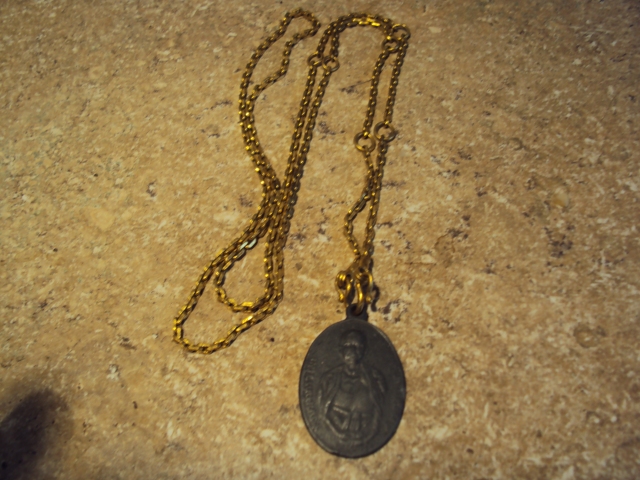 Jumping out of a 123 in August 1970, I kicked this Zippo knockoff (a Zeus) out of the dirt on the parking apron near the AOC at Long Tieng.  It says  602 FS (C)  and Udorn AB Thailand. Turns out the 602 Fighter Squadron (Commando) was stationed at Udorn RTAFB and later at NKP (Nakhon Phanom RTAFB). God only know how long it lay there at Long Tieng before I found it. It had lost its chrome finish by the time I discovered it. Since Ronson lighter fluid was in short supply, we usually refueled with 130 AVGAS or JP-4.  If anyone is or knows a former member of the 602 feel free to tell them I have a free lighter that needs a chrome job. It works fine. 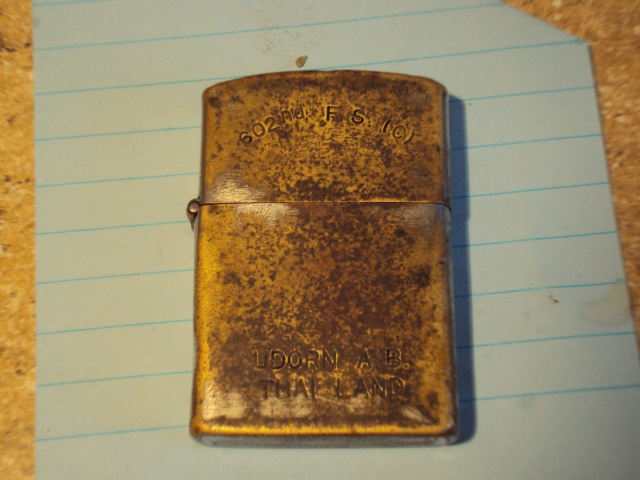