My daddy the Fighter Pilot used to sing me to sleep with that ditty in Albany Georgia back in the early fifties. We lived near Turner AFB at 1705 12th Ave. HEmlock 6-2613 just up the hill from Slappey Blvd. and my Northside Elementary School. Our parents drilled that data into our noggins back then on the off chance you escaped the white slavers with candy and found a phone booth. Can you imagine some rude punk ass 11-yr.-old kid getting his nose out of his Galaxy 5000 long enough to even notice he’s been kidnapped these days? Bless their pointed little heads.

Meet Bob. Bob was a commo guy once in Vietnam. You know the kind- a Walter Mitty Navy guy hanging around in a squad of  6’4 Marines- the kind that have a TS/Crypto  MOS. He was most fortunate to be there to join them in the celebration of  the 1968 Chinese New Year called Tet. It’s not often you just happen to luck out like this whilst on your one-year, all-expenses paid-vacation in sunny Southeast Asia along the banks of the Perfume River. I mean, how cool is that? He said it  felt like going back to basic training all over for a week and playing with all the Marines’ Big Boy toys… like Thumpers, Pigs and shorty CAR 15s. And boxes of M 26s of course. Lotsa boxes of them. Funny thing is combat Vs and hand grenades have a lot in common.  Check out his 214 below. He didn’t really consider himself in “combat”. I live for this. Darn near every guy I rep has some medals. That’s amazing when you think only 12% of us actually got into the shit. The other 88% were busy helping us do it. Winston Churchill made John Milton’s Sonnet 19 famouser when he said it best …”They also serve who only stand and wait.”  Lord knows we sure felt that way about our aircraft crew chiefs.

Bob’s also my neighbor. He got turned on to me by my “brother” Ed the LURP. Ed the LURP with a Silver Star (not my other brother Ed the Huey door gunner) was also my neighbor. Confused yet? I’m trying. Vietnam Vets are tight. Shoot I like Ed, Ed and Bob even if they were idiots and didn’t serve in the Air Force. Why walk or paddle when you could fly…and they had cold beer? And ice for TnTs. I do a lot of neighbor work here in little old Key Center Washington so I have to forgive them. The Marines are the worst. They all grab their nuts and yell OOh-raa! Sometimes in mixed company, too. Eventually they call me up and tell me all about how the DAV/AmLeg/VFW dude never called them back about their claims. Imagine that? Better yet, imagine Brian Williams in Vietnam…

Bob got the Myelosuppressive disorder (MDS) from dining on a steady diet of Agent Orange for a year. VA gave him 100% for a couple of years and then dropped him like a hot potato to 10%. Well, shoot. Bob was waaaay past 10% and nigh on to buying burial insurance. Which is why Ed told him to call me. I began filing him for everything but the kitchen sink-phlebotomies and everything associated with Graft Versus Host Disease (GVHD). That’s some nasty shit that tacrolimus/Prograf.

VA kinda got the drift of what I was up to and after about of year of granting secondaries, they finally threw in the hat and granted TDIU.  About then, I asked Bob if he was a betting man. If he was willin’ to cotton up $2 K for an IMO from an oncologist wise in these ways, I was willing to let on as he could get some retroactive backsheesh and SMC S. It wasn’t going to be a big $60 K hit but more like about thirty- less my pound of Shylock flesh. He was all in and off we went.

We did a legacy appeal up to the BVA and got some partial blood but not what we wanted. On remand, VA conceded he was toast and gave him the brand new DC 7725 for Leukemia but not back to 4/2017 when they’d whacked him from total to 10%. We had to rebut the SSOC and go back to the BVA for that third and final act. Lo and behold, the fat lady sang…

The weird thing about this was Veterans Law Judge Cherry Crawford, who I argued in front of face-to-face, refused to bite initially on our new IMO saying DC 7003’s Note 1 stated 100% would continue until “cessation of antineoplastic chemo, glow-in-the dark  radiation shit or other  therapeutic procedures“. I was trying to bust open DC 7703 and get a broader definition to encompass phlebotomies and Prograf treatment. Judge Cherry wasn’t having it as I came to find out. She was not about to step on the precedential third rail. Boy howdy did she do a lot of dancing to get around it, too.  No sir. She went after this with a big fat §3.344 stick and said nobody has the right to reduce a poor sick man whose medical records- in toto, mind you as in §4.2-clearly and unmistakably would never support reduction-let alone to 10%. Void ab initio baby. Give that man back his 100% rating under DC 7703 and be quick about it. CUE yes. Therapeutic procedure? We need not reach that argument because this puppy was DOA back in 2017. Next -err, Veteran? 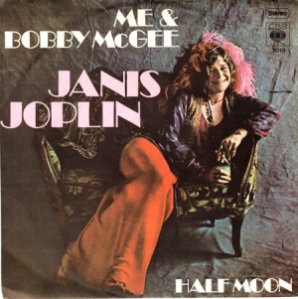 So… David 5, Goliath 0 again. We tagged them for 100% from 4/2017 to 12/2017 and SMC from 12/2017 to today. Win or Die, folks. What do you have to lose? I liked Janis’ version of Bobby McGee about Freedom being nothing more than a word for nothing left to lose. So me and Bobby whipped the VA at their own game. The $2 K for the IMO was money well spent. Moreover, it’s one more collective dagger in the VA’s back for what they do to us.

However, this was not the end of the matter. I won two others this week which I’ll be  telling you about here directly.

Today is Bob’s Day. You won Bobby-but not because of me. You won because VA tried to do what they always do-they cheated. They tried to screw you out of your due. They were hoping that nasty ass AO cancer shit would eat you alive while they rope-a-doped you like Muhammad Ali did to Sony Liston. I’m just glad you let me have a hand in kicking their ass. Fun it was. Yesssssss. Oh, Hell yeah!.