In my war, we were taught to have a three-to-one advantage in force and air superiority to ensure a win. What we were taught and how to employ it varied greatly when it came time to apply lessons learned. In fact, we were often outnumbered ten-to-one and air superiority was on speed dial. And, like the police, it took a while for them to arrive. Would that we could get a VA claim accomplished in 40 minutes. Regardless, with few resources, my fellow NOVA litigators and I win these David/Goliath contests regularly- and never with 3 to 1 numbers or napalm.

With that said, when litigating for my clients, I love to have the smoking gun, or even better, several with which to bitchslap those smarmy DROs with 0 degree Celsius blood. How many times have I presented a case at a DRO Hearing (now the bulljive AMA Higher Level of Review or HLR) and have Ms. Whatzerbutt recite some idiotic M 21 mantra which is waaaaaay off point. Sometimes they try to throw in Latin phrases like de minibus [sic].

Nevertheless, nothing gives me greater pleasure than to catch them out-be it CUE  by awarding you something with the left hand and the right hand having no clue that the left betrayed it over a year before. Cases in point. Sharpen your pencils and let’s look at some SMC law with a magnifying glass.  Always remember the pertinent cites to use like Buie and Bradley. Don’t ignore treating physicians (White v Principi 243 F.3d 1378 (2001)). McWhorter is a prerequisite. You can even demand Chevron Deference because you want the Secretary to choke on his own regulations. Breniser v Shinseki is also your friend in this endeavor.

This one I apologized to my client for this morning. She’s a lawyer to boot. I woke up early Wednesday morning about 02oo Hrs and raced into the office to look at Lori’s rating sheet from the last SOC. (see below). I had one of those premonitions. VA first ignored diagnosed foot drop (SMC K in 2012) but… they granted SMC L for Aid and Attendance. Okay so far. But in September 2014, they had to admit she had LOU of both one hand and one foot. That’s SMC L again. The two combine to make SMC O. Since one of the Ls is for A&A, she advances to Boardwalk and collects R 1. Or at least that’s what should have happened. What VA did was rescind the Aid and Attendance grant and convert it into loss of use of the hand and foot. Hold the phone, Ramone. Absent a finding of CUE, you cannot just white out an SMC L for A&A and substitute an SMC L for LOU. No way. Shoot, that’s against the law in 56 VAROs across our fruited plains-57 if you count the AMO. VA would have to prove the award of L for A&A was fraudulently obtained or somehow an error on their part in 2012. But they didn’t Ruh-oh, Rorge.

There was the CUE large as life and twice as natural.  Fortunately, the Virginia Puzzle Palace would never have caved in on this one so I don’t feel so bad. Since it’s such a novel occurrence, even I have never run across it. The reason I say Roanoke would never Chieu Hoi is the sheer amount of the error measured in VA shekels. They owe for SMC K for one foot from 2012. What’s that? about a buck a month for two years? $2,400 total. Chump change. However, they owe R 1 from 9/23/2014 when the combination of A&A and LOU of one foot and one hand began. Think about that.  Moi? Why, I never dwell on money but apparently VA does -to their ultimate detriment. VA’s been paying her roughly at L 1/2 from 2012 and then M 1/2 more recently (2017). Playing round off, L 1/2 just for the time from 2014 to 2017 is gonna be about $4,400/month average. Since it should be R 1 @ $8,000/month, the difference is $3,600 times six years or 72 months… or roughly  $261 K and some change if you throw in the SMC K error for several years. VA doesn’t roll over for that shit without a serious fight. Don’t kid yourself. I dinked them once for $378 K but we had to go up to the Big House over at 625 Indian Ave. NW and torque their testicles to accomplish it.

I so look forward to flying back to DC to argue this one for Lori. Look up hornswoggled in the VA dictionary and there’s a picture of her.

If you’ve never had the pleasure of doing a DRO review hearing in person, you just  haven’t litigated yet. The DRO threatened to have me frog marched out of there by the VA Gestapo if I didn’t quit running my mouth about §§3.350(e); 3.352(b). The instant problem here was the client had received  his Vehicle grant 4 months before the DRO hearing and the Secretary had acknowledged loss of use along with the magic “equally well-served by prostheses” mantra. Jensen v. Shulkin was brand new and on point. Nevertheless, the DRO continually refused to even concede the LOU point all the way through to the 11/2018 SOC. She’s living proof that the Flat Earth Society is present and accounted for. My guess is Fort Jackson hasn’t granted many R 1s unless at CAVC or BVA gunpoint. Shoot, they even started talking about how my severely disabled Vet was out riding a bike. He tried out a loaner recumbent bike and discovered in short order it was an impossible situation. VA glommed on to’ bike’ and ran with it.  Quick! Say nonadversarial , Maniano v Principi and Hart v. Mansfield as quick as you can. What the hey? Throw in Kahana v. Shinseki, too. Harvesting negative evidence has been a Bozo No-No for years but  those wild and crazy Jackson, Miss. raters haven’t gotten the email yet. Maybe the VA Secretary should resort to Facebook messaging… Shucks. Everybody’s on Facebook and they can advertize for all those pesky job openings for psychiatrists they never can fill… 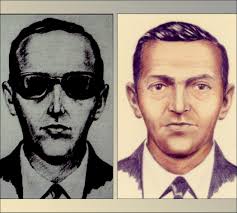 We had to make the pilgrimage to the house of the Great White BVA Father far to the East to present our case. Sadly, with the passing of the new Appeals Management Act, the time-honored Travel Board Hearing at your local RO est mort. From now on, it’s a videoconference or hit the road to DC. We chose the latter. There’s no way I was going to let this puppy go south and end up at the Court. We planned it better than D.B. Cooper. Remember him? We even drew a very pro-SMC Veterans Law Judge- David L Wight. He’s no spring chicken around there. He signed on as a staff atty. back in 2005. He got his solo wings about five years later. So I laid a killer brief on him demanding he make the decision based on the medical evidence of record. Well, that and the fact that I wanted him to see my client was sitting in a VA-issued wheelchair wearing a VA-issued AFO (ankle foot orthotic) on his left foot on the off chance it might help keep him from falling when he transitions to his VA-granted vehicle. I’m a mite proud of this amended brief. That Robert Chisholm of CCK is quite the master of SMC jurisprudence. Taught me well, he has. Yessssss.

I read Judge Wight’s decisions on R 1 extensively and there were many. Seems Vets got the benefit of the doubt in the majority of his decisions, too. Thus we were overjoyed to see that pronounced wrinkle of consternation begin to grow across his brow when he looked from the  11/18/2018 SOC to the 3/26/2018 Vehicle grant based on conceded LOU of the lowers and then at the  12/17/2017 DBQ which stated my Vet’s legs would look equally good in lightweight composite plastic.

Speaking of which, here’s an interesting quirk. VA refuses to allow us to go out and get an IMO declaring LOU. They cite to their false god M 21 (IV.ii.2.H.1.b) that no “clinician” can make this pronouncement-only a lofty GS-11 VA examiner. Well, boy howdy doesn’t that kinda poke a hole in Colvin v. Derwinski (1991)? You know. The one where the Court said a trier of fact cannot make a decision medical in nature…

Well, if a VA examiner can (and did), and a VLJ can’t, and your own treating physician and the VA Secretary already have, then what? Turns out, the VA examiner felt our unpaid treating physician wasn’t trustworthy. Yep. The guy who knows the most about all this was bullshitting VA?  Worse, going back to the M 21 cite above, if a “clinician” is not allowed to make this decision, why in Sam Hill would they print it on a DBQ and make it available for this purpose? See page 8, Section X (10).

This just gets more and more mysteriouser, huh? Our Esteemed Secretary reserves the sole right to dx LOU but will allow-yea- encourage an unknown doctor to bloviate about something he, the Secretary, will never consider? If it sounds absurd or ends up being an absurd outcome, it is. Yep, there’s a cite for that, too.

But the pièce de résistance in these cases is a resounding:

I guess the last straw at the DRO hearing was asking for a Bryant v. Shinseki/§3.103(c)(2) request to show us the magic handshake/secret password to grant SMC R1 and getting that deer-in-the-headlights look from Ms. Traci Whatzerbutt. She just nodded and said “Okay. I’ll review it all and get back to you.” No discussion of the VCAA. Nothing. Not so much as a hint about what would float her boat and change her mind. Recite after me: “Nonadversarial, Veteran friendly due processs, ex parte” ad nauseum.

Just remember that when you go to Jackson and try to talk SMC turkey.

Here’s another trick to look for. VA is fond of citing to evidence in an SOC or decision. How about it’s 2018 but  they only look at everything from 2015-a year before you even got out of the service? What’s worse, the 12/19/2017 “examination” (our LOU DBQ) says it only mentions some muscle abnormalities. You couldn’t win this in Jackson even if you had a Buddy letter signed and notarized by Jesus H. Christ. (“Yo. What he says, Bro. It’s like, ya know, totally true.”)

Today’s Blog is brought to you by the Letters S, M, C, R and the number 1. 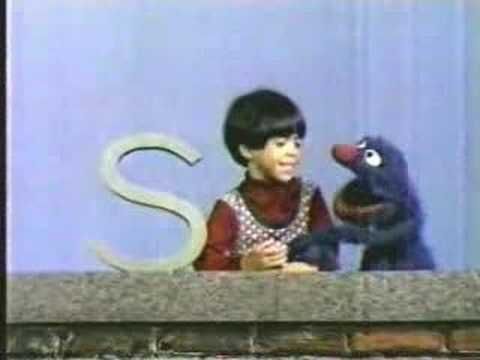 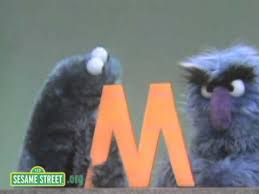 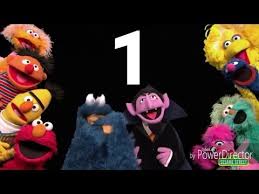 P.S. Here’s another “Down For Double”