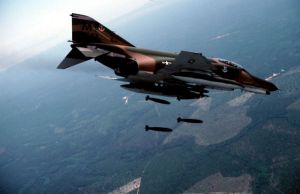 Have you ever disobeyed a direct order and literally come out smelling like roses? Have you ever plunked a pair of MK 82 500 pounders right into the mouth of a limestone karst cave off Route 7 and gotten secondary explosions for three days? This one is better than that. A little music, Maestro while I discourse on my perennial battle for a proper greenhouse.

As most know. I filed for a greenhouse May 8th, 2011. Long story short, I fought through four years,  a SOC and several SSOCs to get to the VA 9. It actually took a Writ to extract the VA 8. After combining it with a disability increase in 2015, Veterans Law Judge (VLJ) Vito Clementi granted it (the greenhouse) but neglected to specify any particular size. No one could foresee, and certainly no one would expect, my VARO VR&E Officer to become even more vindictive and retaliate once the VLJ had spoken. Right. You don’t know VR&E Officers.

My nemesis was, always has been, and continued to be, a certain Army Veteran named Mr. David Boyd- until January 31st of this year. Davy told me flat out about two days after I applied for the ghouse in ’11 that a snowball in Hell had a better chance of remaining frozen than any of my ILP claims ever being granted. Poor Dave. Army folks are two dimensional thinkers. He’s never dealt with Air Force Veterans apparently. After the BVA remand to implement the claim, he spent four months in contact with VR&E VACO, VA Regional Counsel and the Office of General Counsel (027) diligently trying to overturn Judge Clementi’s award. Failing that, he then attempted to violate Karnas v. Derwinski by utilizing new M 28 “instructions”. All that must sound like a mouthful. Boiled down into Vetspeak, Mr. Boyd set out to award as little as possible and take as long as possible to do it. Some refer to it as delay, deny etc. or the VA hamster wheel. I finally began filing Extraordinary Writs of Mandamus (3) to force them to give me the properly sized, suitably equipped, mutually agreed-to greenhouse.  I was denied the Writs but that is immaterial. It shows a diligently pursued claim and appeal with no interim slacking off. The CAVC recognizes my situation and eagerly awaits my return if VA denies me again.

Each time I have been tripped up by not exhausting all my legal remedies.  I can only agree. I disagree with how the regulation (38 CFR §21.98(b),(c)) is construed but that is a Chevron/Auer deference argument which may become moot if Kisor v Wilkie is decided at the SCOTUS in our favor. Granted, I appealed all the way to the BVA for the greenhouse itself- but not the size. Mr. Boyd and our old VR&E Director, Jack “ringknocker” Kammerer attempted to give me a toy dollhouse/greenhouse with a hosebib, a  porcelain pull chain, 60 watt light and an outlet.  I have to appeal yet again for the specific size. Which is where we’re at now- sort of…

Check these snapshots from VBMS I found on Friday out. Seems they’re going to want a VSR or higher to write the SOC.

This one shows they have to RACC it to St. Paul.

First off, on September 12th, 2018. I filed a new VAF 21-0958 and expressed my displeasure by asking for a SOC/VA 8 in order to move this shindig back up to the BVA. I have received nothing but the deafening roar of silence, which, it turns out, was a fortuitous delay for me. Being an enterprising fellow, while I waited, I filed a VA Form 21-22a “Appointment of Individual as Claimant’s Representative” and began representing myself in an official legal capacity rather than pro se. Why not?  Next, I filed a VAF 70-3288 Request for my VR&E claims file. Lastly,  I called the White House Hotline (855-225-0709) to register my complaint of inaction. Whereupon, shit started happening. Saint Paul’s Fort Fumble pulled it out of the National Work Queue (NWQ) and couldn’t make head nor tails of it (Aruuu? Greenhouse?) and sent it over to Seattle (and our good buddy Vet David Boyd). Davy promptly buried it somewhere waaaay down in the in basket but you know VA computers-yep- some alarm bell went off and said “Danger! Danger! Will Rogers. You have a M 21-1  III.ii.4.A.4.a Level 5 emergency. VA Agent Graham has filed a POA… huh?… on himself? Wait a minute. Can he do that?  We don’t have to give him access to his c-file on VBMS, do we? Oh shit. Oh dear. He’s already inside the wire! Unfortunately. CWINNRS (VA VR&E) files are not in VBMS. But hey-everything else is. Including all their notes and activities (see above).

Little did I know what I set in motion. VA will not allow me to be an agent and also have access to the Seattle Puzzle Palace. Who knows? Moreover, who cares? Maybe VA thinks I have kindred spirits there who will aid and abet me in some nefarious scheme to salt my records. Apparently, the moment I filed the 22a, the Seattle ISO had to promptly lock up all my claims file information-including the VR&E files for the Independent Living Program. Ol’ Dave got cut off quicker than a philandering husband. Worse, the Davemeister, by virtue of my representation of myself, now must relinquish this appeal to Saint Paul, Minnesota’s VR&E Officer to issue the VA 8. Bye bye, Mr. Boyd. All that denial work for nothing. But that’s hardly the end of the situation. Oh, Hell no. Not by a long shot. If Dave had whipped out that SOC like a good boy, I would be fenced out of the new BVA RAMP path.

If that were all there were to this story, it would not rise to the level of humorous or even intriguing. But note the Opening Day for RAMP hunting season on your VA calendars. Hoo doggies. That says the Rocket Docket path to the BVA for claims which have not yet been issued a SOC opens on February 19th, 2019. Ruh oh, Rorge. Looks like old Dave shot himself and the whole VBA in the foot. My plan is to jerk this out of the St. Paul VR&E Denier in Chief’s hands before he even gets a grip on it and take it directly up to a Veterans Law Judge. I can fly back to DC and do a Board hearing face to face and have this one wrapped up before Christmas. §20.900(c) provides an AOD for appeals which are antique. Mine’s almost eight years old from the original May 2011 filing. Dang. Wouldn’t that be a hoot if I got Judge Vito again? 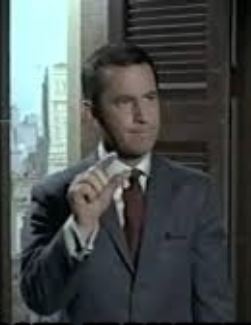 I’m guessing Monsieur Boyd hasn’t even figured out the file is missing from his VR&E shop yet. He’s still out shopping for some new Punji sticks. By law, it now has to be kept in the locked up file room near the Director’s or Assistant Director’s offices with extremely limited access to anyone– until it’s shipped to Saint Paul. Davy will be having that Maxwell Smart revelation for years to come of having missed it by thaaaaaaaaat much. Better yet, my NOD explains I will be submitting rebuttal directly to the BVA with a waiver of review in the first instance at the Agency of Jurisdiction (St. Paul now) so I don’t get one of those 88-page SOCs. Shit. What am I saying? VA couldn’t pass up a chance to cut another tree down to get some pulp for this puppy.

I’d allow as I’m one fart smeller but I know VA better. All I did was to see if it was possible to get a peek at my own claims file. My CMA said it was strictly forbidden. Of course, she also said we’re not allowed access to VACOLS, too. When somebody throws out a double dog dare like that, you can’t walk away. I had no idea alarms would go off and drive the whole shebang off to Saint Paul though. God bless the Restricted Access Claims Center (RACC) clause in the M 21. Appears it’s good for more than outhouse reading. But then again, I never thought about the RAMP aspect of hyperdriving it up to BVA this coming Tuesday until a few days ago. I’m thinking about taking a folding chair, a sleeping bag and a pillow down to Fort Fumble and camping out in line to be first. There’s even a Starducks™ right across the street.

I’m now a firm believer that Howard works in mysterious ways. That or good shit happens. 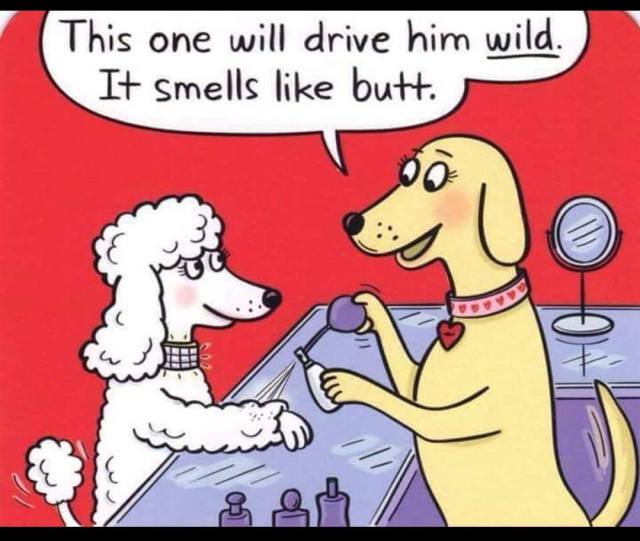