SCHULKIN–SHOULD HE STAY OR SHOULD HE GO? 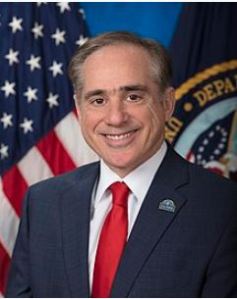 I’ll let you be the judge and the jury on this one. What do you do with a cabinet-level political appointee who breaks the law? Let’s put aside the sandbox politics and look at this as adults. You’re appointed to high position and voted in by Congress. You’re making about $400 K + with bennies as a senior SES. Somebody offers you some free tickets to Wimbledon and you know that’s a Bozo no-no. Further, it costs $4,312.00 dollars to take the wifesan (also a highly-paid MD) along.

So what does the morally upstanding rich DINK (dual income no kids) decide? He lets a highly paid assistant pull a boner and try to cheat the okesan onto the entourage for free. When busted by some irate VA whistleblower for this idiocy, the assistant tries to back write the emails that show the illicit behaviour. Then when busted for that, Miz Vivieca tries to insinuate that the VA email system (password and PIV card-protected by CITRIX) has been hacked. Musta been some other body-no,no child it wasn’t me. Finally, acquiescing to the inevitability of her predicament, she retires to take the real story with her and be the fall guy for Dr Demento. I guess the biggest mystery is how the VAOIG caught wind of it and didn’t find it actionable in the first instance. But then, when was the last time you heard of VA’s OIG actually advocating for sanctions against any VA employee? What really rolls my socks down is that the whistleblower wasn’t tarred and feathered (yet).

The poll question is inevitable. Who believes this hooey? Should the Honorable Secretary fall on his sword and end this Kabuki theatre?  What does Joe Average Vet on the street say? If one of us lied and then admitted to it (in a round about way) we’d be out on the sidewalk in front of 810 Yellowbrick Road NW holding a cardboard box containing our desk paraphernalia faster than you could say Jack Robinson. Once again, we here at asknod trust you not to stuff the ballot box and will employ no cookies to block you.

Tell me what you all think.

6 Responses to SCHULKIN–SHOULD HE STAY OR SHOULD HE GO?