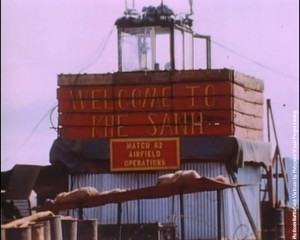 I saw an article on the Khe Sanh Golf and Country Club Grand opening this AM. January 21st, two days before the start of Tet ’68, all hell broke lose up in NW Quảng Tri province. It was about as far northwest as you could go without accidentally stumbling into either the DMZ (22 klics north) or Laos (9 Klics due west). Many thought the DMZ ended at the juncture of where the Republic of Vietnam and the Democratic Republic of Vietnam abutted Laos. Boy howdy would you be wrong. We jokingly referred to Military Region II (Barrel Roll) as the western terminus of the DMZ. More ordnance fell there than on all of Germany in WWII including five times as much AO and other Rainbow flavors.

Seems like we lost about 155 KHA and 425 WHA on that brain fart. Even if LBJ had not ordered that Khe Sanh be held at all costs, I doubt the Marines were going to throw in the towel. That would have been a USMC first no one wanted to own the bragging rights on.

I can say I’m glad I didn’t join the Marines after seeing the day-to-day footage of it. A Chinook driver friend of mine who died of AO pancreatic cancer several years ago described having his chopper shot right out from underneath him when he came in for a resupply. He narrowly escaped by jumping out of the starboard door as it rolled over. He was stuck there for two days and got constipated from being too scared to run down to the latrine. Up to then I’d heard of having the shit scared out of you but not in. Khe Sanh was the about the first time I began looking at the calendar and discovering I was going to be 1A in a year and two months. That became an even more  sobering thought several days later when the Tet Festivities began in earnest.

Of interest, I bring up another subject I have been meaning to discuss. In fact, I guess you’re all wondering why I called you here this evening. For some reason, a lot of Vets have found me on the Internet and contacted me asking if I knew this or that secret outfit or ever ran into others who had. That’s usually followed by a plea to represent them with no evidence of the outfit they claim they served in. It was simply too secret to have a name. I never got above a T/S Crypto clearance so I didn’t hear about a lot this but I knew we had a few bunked in with Montagnard Hill Tribes. Their crossbows were sold in the market at Qui Nhon for about 100 piastres.  We used them  for apres le travail beer summits instead of dart boards when I was there. But I digress…

My most recent batch of prospective clients began with a gal (spouse) inquiring about a Studies and Operations Group  of Army Reserve cooks and motor pool drivers/mechanics assembling at McChord Air Force Base south of me one night in early ’59 at 0200 on the flightline with their gear. 400 troops. Roger that. Not just 400 troops. 400 Reserve troops, mind you. These brave men then boarded the plane (singular, nung, un, môt) and they took off. They landed somewhere in Korea. By now they had a name but no platoon designation, Company, Battalion or Division. The ‘Ghostwalkers’ were officially in business. A ship transported them north to a beach along the west coast of North Korea. They landed- all 400 in zodiac-like surfboats- miraculously unobserved. So, conservatively, with six occupants per boat, they paddled ashore in 66.66 skanky old-fashioned life rafts (this was pre-Zodiac era after all)… completely undetected… silent as church mice tiptoeing past the Deacon.

From the beach, they marched inland and left a soldier with a M-1 Carbine to guard their egress every 100 yards. They followed a road inland unobserved by a single soul for 12 long miles. 400 Reserve mechanics and egg flippers with no Survival School or Escape/Evasion training spread out over 12 miles… in Indian Country…They were able to gain ingress to a NK nuclear power plant which was strangely unattended as well. They leisurely took pictures of the ‘controls’ and after a couple hours of chillin’, beat feet 12 miles back to the coast (again with their magic invisibility cloaks set on high) and were aboard their ship by dawn- vanished into the mist. Her tales of Hubby’s derring do made the rounds of Studies and Operations Groups websites and other Secret Squirrel conspiracy forums for a year or two. Where were these legendary Ghostwalkers? Nobody had heard of these brave men. Eventually, the tale came around full circle like a cocktail party game of Twenty Questions and lent itself credence. Some old timer (who happened to be his neighbor one town over) chimed in and claimed he too was part of this august group that predated even the fabled Green Berets. Was that before or after the alien abduction gig?

Here’s what I know. Two guys can’t keep a secret. Nor can twenty or two hundred. If there were 400 of these USAR Deputy Dawgs and a cast of hundreds of more in a support staff role, the Ghostwalkers would be an Oscar-winning movie by now. I can find no period military MATS aircraft- prop or jet- at the time this occurred that would seat 400 and fly non-stop from McChord to Osan. Not in your dreams jelly beans. No matter how I pointed out the problems with this faery tale, the more adamant and angry the gal became. I did elicit that her Ghostwalker hero husband was about 80. She recently married him in a Winter-Spring marriage. The 214 shows pure stateside Kimchi at Fort Hukachoochoo in Arizona as a hired E-3 eggslinger with some reserve time in afterwards-ostensibly under cover in North Korea? She knows this story is true because he wouldn’t lie. He has a bad back from falling down during the North Korean beach ingress and wanted to file for it.

I declined the request for my legal services. I did promise to keep searching for the Ghostbusters.

This gentleman lives near me. I waited patiently for six months for him to come over. He showed up last week. Only problem was he decided to try four wheeling through my grape arbor and the horse pasture. Those who have been to my humble hacienda have never had any trouble ascertaining what a concrete driveway is used for or where it’s located. When you come left on final it’s right in front of you. Twenty yards wide.  Line up on the Servant Entrance door. Apparently this gentleman was  confused. Too many secret missions to the future site of Tuy Hoa Airpatch( or was it An Khe) from a SAC base in Nebraska can leave you confused. I guess we had a secret force of B-52s there that maybe needed maintenance? The destruction was extensive. Two very old grape vines and supporting posts. I could eat the  electric fence damage but my grapes were the dealbreaker. Why the grapes looked like the most natural parking area to this fellow will be a question for the ages. When I came out to see what all the dog-barking and ruckus was about, I found this old boy trying to climb a near-vertical embankment. Each failure resulted in him sliding back down and creaming my grape vines. Sisyphus readily comes to mind.

I declined the request for my legal services and refused his offer of remuneration for the damages. He lives in abject poverty and I feel sorry for him.  I recognize him as a regular at our local food bank. 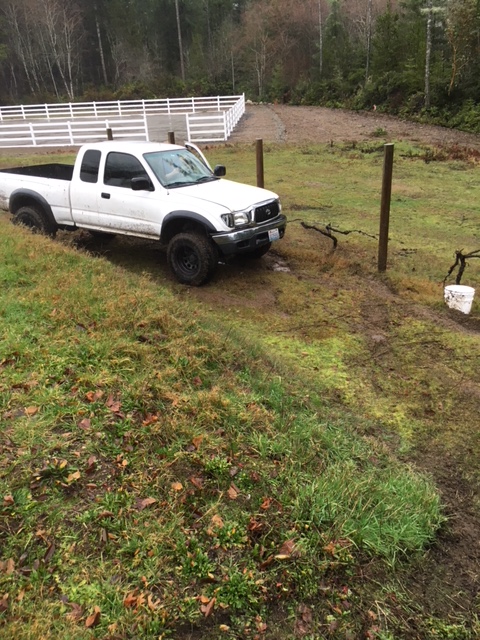 file for the lung cancer or the DMII

Secret Operations stories must travel in threes. Any one of these would be a great story over at “This ain’t Hell (but you can see it from here)”.

Yesterday, a fellow called me up. Seems he was stationed aboard the Connie out on Yankee Station in the Gulf. I needed to get hold of him pronto if I expected to do his claim. Hear? He was there during the USS Turner Joy “friendly fire exercises” that began the Vietnam Boundary Dispute in earnest. He also said he did 90 days ashore and piloted a 60′ supply ship up the rivers on TDY to supply Marines. Up to now we’d been talking about some injury he had out farting around during AIT back in the States before the SEA deployment.  He fell off a cliff and they’d amputated his kneecap. I asked him immediately if he had any other serious medical issues. Yeppers. He had lung cancer and DM II and was nigh on 74.  I immediately suggested he file for them as herbicide presumptives and the lost kneecap. He could get TDIU in a heartbeat with that poker hand.

The tenor of the talk abruptly changed. Suddenly, he felt he was unworthy of filing for the AO presumptives but wanted to pursue the knee claim. Seems he was TDY but there was no way to prove the shore duty. I immediately told him of my success with our mutual Congressman Derek Kilmer and his ability to get all manner of info out of NARA on some of my past Veteran clients-including morning reports showing a body was on shore. At that point, he took a new tack and said ” You know what? I really feel those Iraq/Afghanistan troops deserve that money more than I do so thanks for talking to me.” Click. Wellllllll, hush my mouth and excuuuuuuuuuuuuuuuse me.

I didn’t get a chance to decline my services. I expect his 214 may show Blue Water service but I doubt he ever got the red clay between his toes. That shore duty was for all them good ol’ boys down at the VFW bar. To date, I’ve never had a Vet call me up to tell me he didn’t deserve compensation for his injuries. That’s what FacePlace© is for.

In the 2010 US Government Census, it was self-reported that 10.2 million American Men and Women identified themselves as “Vietnam in-country Vets” -they of the Sacred Band of Red Clay Betwixt the Toes. Oddly, our government bean counters can only identify 2.9 million-many of whom have long since departed for the Happy Hunting Grounds.  Most of the 845,000 of us who still remain here in this mortal vale of tears disremember it being standing room only.

Happy Tet to you all.

And thats all I’m gonna say about that.