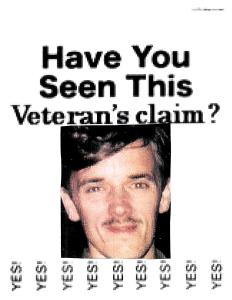 An interesting thing happened to our old friend Butch. As some may recall, he filed an Extraordinary Writ of Mandamus at the Court of Veterans Appeals asking for a bye on the Hamster Wheel Appeals process. He filed back in March 2015 and the Perfect Storm ensued. First, they found a 1980s address to misdirect everything to “plausibly”. Then they adjudicated about half of what he filed for and tried to lull him to sleep with a TDIU plus P&T. I stepped in and applied the fire hose for CUE, §3.156(c) and everything but the kitchen sink he’d informally complained of  at his 1970 10-minute C&P exam.

VA kept asking for new 526EZs, more 4142s-basically anything to throw sand in the gears. We snagged an 85 IQ DRO who doesn’t even know her own powers to decide inextricably intertwined claims in the first instance… per the Procedures Manual… that comes attached to  the Segmented Lanes Model. Yep. That about sums up the tenor of how this claim went. I will say for the record that I’ve never seen a body’s eyebrows crawl clean up to the hairline before we went to that DRO review. It was a Kodak moment. 156 pages of vintage STRs sitting at the NPRC in St. Louis for 45 years because VA never went back and retrieved them. Brand new service department records never associated with the claims file have a way of wrecking your Christmas bonus projections. Butch finally blew an ass gasket and filed the Writ. Few of us could blame him considering they denied his IHD following his amputation with the nexus letter right there in front of them. This was blatant top sheeting at it’s finest hour. Personally, I think it’s me they don’t like. Law Bob Squarepants gets pretty much the same treatment at the Detroit Puzzle Palace. 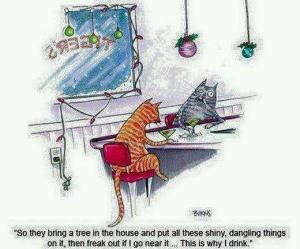 As we all know, your chances of winning an Ex Writ are slight better than getting hit by lightning while waiting to cash in that record winning Powerball  $985 million ticket. Actually, maybe worse. So few have been granted, it’s hard to say statistically. What we do know is that a Writ based on delay will light a fire under the OGC’s ass like you won’t believe. And sure enough, the mea culpas came tumbling out. On the 30th day the sackcloth and ashes were donned and the miscreant Assistant Veterans Service Center Manager (AVSCM) was trotted out to swear by all that’s sacred at Fort Fumble that Butch’s pile of disagreements would be ready for the three holy signatures by January 27th, 2018. We shall see.

About the only thing I see that gives me a glimmer of hope is what Judge Allen intoned at the end of the denial for retaining mandate:

“Of course, if the Secretary were refuse to act[sic], petitioner would be within his rights to return to this Court seeking an extraordinary writ with respect to such inaction.”

I’m expecting a slew of 0%s but in our case, we don’t have to drag in reams of proof for the interim Fenderson Ratings game. In most CUEs, they willingly grant their stupidity and promptly assign zeros across the board as we rarely have corroborating intercurrent medical records to prove the level of disability. Here, we have a lot of shrapnel that can’t be faked; an eyeball with nine little chunks of steel and rocks. A lens missing for decades (aphakia)-even chloroiditis. It’s like carrying your medical records everywhere you go. The DRO’s plaint was “How are we to fill in the ratings percentages over 45 years without proof?” My answer was  ” Elementary. X ray him.”  Something was lost in translation because they had refused to do so for almost two and  one-half years. First, they looked for healed broken bones instead of metal. Next  they ignored where it was and refused to x ray the claimed areas. I guess the Coach will only see it when she finally believes it. If it continues, I’ll file Butch’s next Ex Writ. I took out a hunting license for the CAVC and I can’t wait to find out what the size restrictions and the bag limits are.

Our asshat friends. Jez, didn’t they get enough of them in service?

We pray this, for the most part, will be over on the 27th of the new year. I can’t see them funning him for much longer. I’ll let a room at the Hotel Alexis across the street and torment them daily to finish it. So mark your calendars and stay tuned. Same Bat Time . Same Bat Channel. Happy Holidays, folks. We have much to give thanks for …like that spunky new Fully Developed Appeals law. I reckon the DAV asshats and the rest of the VSO Tribes will think they’re too cool for school until the statistics start coming in with a .000 Appeals batting average at the BVA. Ah, if it were only that simple…