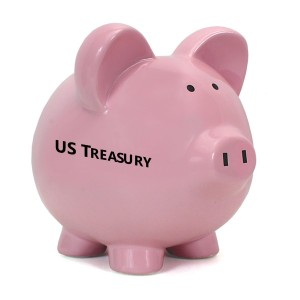 A lot of water has passed under the bridge for Veterans since the 2016  Vets Day parades. Many hopes have been dashed for some resolution on AO presumptives (and presumptees). A week later our spirits rejoice at the thought of  a ‘reconsideration’ glimmer of hope from VASEC “Mermaid” Shulkin. Any increase in AO bennies isn’t going to bust the Gumbmint piggybank. We’re dying far too fast to make an appreciable dent in it. At 849,000± souls, we’re getting as rare as hen’s teeth. Don’t believe all those ‘Vietnam Vet’ hats, folks.

I always like to recall Gene Hackman’s line to Superman “Promises were made and gifts were exchanged”. In our context, we held up our right hand and made a few promises before the obligatory “I do.” When disability due to service causes us to once again raise our right hand in supplication, the ‘promises were made” clause becomes mighty small print requiring magnification. I’d like to think I have helped illuminate and magnify a few statutes for my readership over the years. I look forward to continuing that hallowed calling for as long as Howard will permit me.

Granted, the Houses of Congress are frothing at the mouth to appease Veterans with inane new legislation but they’re going into it assbackwards. What’s next? A law guaranteeing a Vet a lifetime supply of 3-inch wide yellow ribbon and unlimited oak saplings? Compensation reform from the Veterans Benefits Administration is uppermost in all Veterans’ minds I talk to. Note I didn’t mention VSOs, either. They seem copacetic with the current fustercluck. Hell, that’s why NOVA was invented. We have a broken system running at 78 RPM cranking out denials helter skelter and shoveling them into the BVA warehouse. There they molder for untold years. In that interval, Vets lose their houses. Marriages and families disintegrate and suicides reach epic proportions. The new BVA “Fully Developed Appeals” program merely accelerates this production-line slaughter faster. 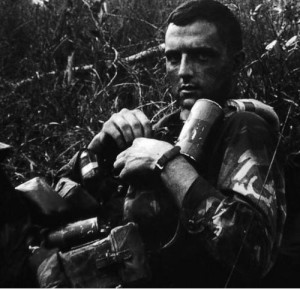 This year Cupcake and I were blessed to be able to drive to San Antonio for Spring NOVA and meet some of my Veterans heroes enroute. Butch Long,  Bob Lockett, Malcolm “in the Middle” Melancon, Ed Dvorak and Donald F. All these gentlemen have touched my life and now I have the pleasure of representing some of them. They have entrusted to me the job of recouping those Govt. promises made to them. Keep your eyes peeled for a mention of Donald soon. His spouse has finally prevailed on r(1) after a long, grueling six-year battle. I gave her a few pointers but the brunt of the work was done by her. I keep telling you guys you’re outclassed by some of the most tenacious women I’ve ever encountered in this business. Mrs. F. is not someone I’d like to butt heads with. Look up the past tense of  ‘determine’ in the Oxford English dictionary and undoubtedly there’s a picture of her sitting on a combat-armored bulldozer with a gunsight for a hood ornament.

Mostly, I’d prefer to thank  a non-Veteran (Cupcake) for where (and why) I am even here today. I’m not just any Joe Average Veteran. Shooo-doggies no way. I won the Powerball Wife Lotto. She, as I mention, is not a Vet but is the closest thing there is to, or can be, for me.  I wouldn’t be an accredited VA Agent now if not for her urging. I probably wouldn’t have any children. Actually, the thirty year list of ‘probably wouldn’ts’ is too long to discuss here. Suffice it to say, she has the moral stamina to have been an 11 Bravo.

With all that said, I decided to give myself a present today. I’m putting in an application to be accepted to practice at the Court of Appeals for Veterans Claims (CAVC). I don’t think I’ve been that unduly naughty in my CAVC synopses here or stepped on any current Judicial Toes over the last eight years to warrant being turned down.  Ahruuu, you say? I guess I’ll just have to keep my fingers crossed they don’t find out I lied about that 2 carat cubic zirconium on Cupcake’s wedding ring.

As always, thank you -everyone of you- who were so selfless as to relinquish a portion of your life ensuring  ‘that our flag was still there’. Now, doesn’t that sound a shit ton better than “Thank you for your service”? I rest my case.