It’s a good thing President Trump instituted the new Vet hotline when he did. I got to use it this morning for the first time. I was on hold for all of 31 seconds. As most of you know who have followed Butch and Barb Long’s travails with the VA, they just don’t seem motivated to settle this antique claim. The DRO returned my call a month ago and said she needed to “confirm the authenticity” of the 167-pages of STRs I dumped in their lap at the DRO hearing. Aruuuu? I forged them?

It seems I gave them more records than what the NPRC sent them and they want to know why. Who cares? They had 46 years to go back and get these new and  material service department records that have never been associated with his claims file. They  have an immense bearing on what was filed for in 1970 and explain why he got the short, shitty end of the VA’s punji stick. One would think they can hardly come back and complain 47 years later when we finally do their job for them and fetch them ourselves.

The Decision Review Officer also stated she had only now (May 10th) finished reading the transcript of the hearing. If so, what was the point of the hearing if she simply sat there looking at her nails and thinking of what to have for lunch? The volume and content of what we presented at the hearing was not overwhelming in the least. Well, to the average person with a modicum of intelligence, anyway. 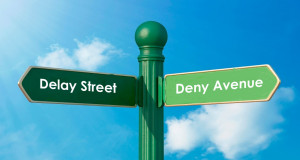 Sadly, Agent Orange and life are overwhelming Butch faster than VA can adjudicate his claims. Each time they ask for a new c&p exam we discover more and more wrong. On his second eye exam, the ophtalmologist found 9 (nine) embedded foreign objects in the eye hit by the mortar. He also filed for Ischemic Heart Disease in his reopening in March 2015. In addition, due to the neuropathy from the atherosclerosis, he was using a wheelchair to ambulate. VA turned him down for the SMC (l) for the Aid and Attendance/loss of use of lower extremities but never touched on the underlying IHD claim. Remember Vets, a formal claim remains pending until there is incontrovertible proof it has been adjudicated. In Butch’s case, sadly, complications from the disease became overwhelming over this last week. This morning, the surgeon had to amputate his right leg above the knee to save his life.

I suppose amputation is one technique for getting VA’s attention on an unadjudicated claim but it’s a drastic maneuvre. All my emails and calls to the Seattle Regional Office for some resolution of the underlying 1970 claim for the thousands of retained metal objects in 12 different muscle groups  also seem to fall on deaf ears. Let’s hope and pray the Trumpline raises a clarion call and elicits a timely response.

Butch is rapidly becoming the poster child for “Delay, deny-until we die”. He also might be the oldest claim in the VA’s inventory at 47 years, two months and some change. You’d think that might be enough to shame them into prompt action. You would be wrong. 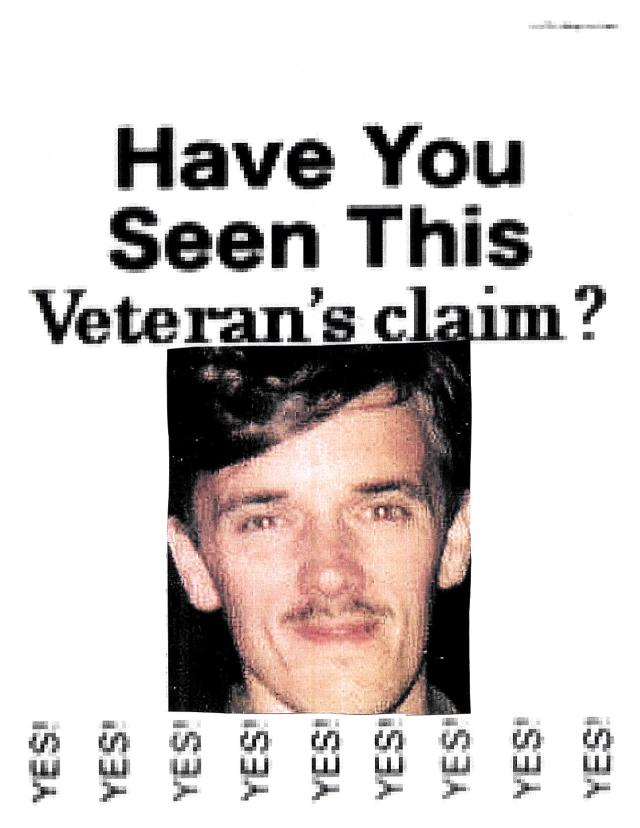 I’ve been promised  “resolution” of one sort or another for Butch within three calendar days of my call-perhaps a free meal come Veterans Day at Appleby’s on the Veterans Administration’s dime (if Appleby’s doesn’t pick up the tab as promised). I  did worry the new Trumpaphone might not accept calls from VA attorneys or nonattorney practitioners and restrict calls to only (under)represented VSO claimants. I enjoyed being point man on this. It sure appears I am no longer on the Seattle Director’s Christmas card list so what the hey?

Sometimes you just have to piss on the fire and call in the dogs. Could be there’s gonna be a lot of pissing and moaning directly northeast of me in a short-short. Maybe some day in retrospect we can look back and call it the Miracle on 2nd Avenue. Daddy often said ‘Be an optimist, son. The Scotch will always taste better- even if you don’t have ice.’

7 Responses to LZ CORK–RUNNING ON EMPTY