Many of you readers email me with a specific subset of circumstances and disabilities and ask for a Tarot card reading. One thing in common is a burning desire to impress upon me the enormity or the “unique” circumstances. Others seem to focus on the perceived slights or that, in fact, the military service was indifferent, uncaring and ignored their plight- which, in turn, created the dilemma. Regardless of what happened, the universal consensus is to dwell on that narrow time of their lives and how it affected them into the present-forever.

Allow me to give you some insight. I do not want to sound uncaring so I have to phrase this delicately. I love using analogies so I will do so. When I was a youngster of eight or nine years, my dad gave me one of those briefings on life. He invited me to sit in the driver’s side of his old ’54 Ford Fairlane Station wagon to sit and listen. The gist of the conversation was simple. I paraphrase… 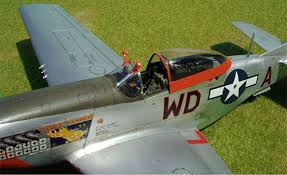 Son, look up and tell me what you see. You have a windshield and a rear view mirror to aid you in driving. The reason the windshield is so large is due to the need to see where you are going. Conversely, the rear view  mirror is far smaller because you need not dwell on where you’ve been. When you get older, you’ll need to depend on the information and the facts of life ahead of you far more than what you’ve already encountered. A rear view mirror is merely good for making sure nothing sneaks up from behind you that is a threat. The main focus of driving-and life- is to concentrate on what’s coming and prepare for it. What you have already encountered should be filed away as knowledge to help you avoid repeating mistakes. That is all.

He continued…When I got to Europe in 1944, I visited a Spitfire squadron and talked with many of the British pilots there. To a man, the most successful aces had mounted rear view mirrors on their canopies to keep an eye on their tails in case their wingman failed to keep up with them. Many attributed their lives to those mirrors. I went back to my squadron and requisitioned as many rear view mirrors as I could get my hands on. Our losses went down and our awareness of our surroundings increased dramatically. In fighter aircraft, situational awareness is paramount. Likewise, in life, what is approaching you regardless of which vector, is where your awareness should be focused.

But again, the focus of this discussion is the importance of the present and the future over what has already transpired. Imitation, as opposed to plagiarism, is the finest form of flattery. Use new innovations when it can help change your life. Pretend you’re Capt. Kirk boldly going somewhere.

Very few of those “life discussions” from old Dad impressed me but this one has stood me in good stead. When applied to VA claims, it is an integral part of how I attack a claim problem. Dwelling on what caused the problem is immaterial. Much like construction, it makes no difference if the wall is crooked or out of plumb. Your mission is to prevent it or, if handed the problem, come up with the repair order to correct it. It matters little how the wall was misconstructed. It matters even less who was responsible. Your mission is to fix it and be quick about it. Get out of the blame game. You gain nothing by reliving the problem over and over like Bill Murray in the Groundhog Day movie.

In the context of VA claims, we see errors abound in VA adjudications. The why is not of great import. However, the rear view mirror is only useful to view how the problem developed, identify it and use it as the springboard to correct the error. Dwelling on the past, rehashing it in your sleep and reliving it every day is a recipe for insanity and major mental disorders. This is pretty much the fodder PTSD is constructed of. It rebounds around in your head and won’t leave. The best analogy I can convey is to find and use that little mirror lever that dims the headlights of the car behind you and distracts you from what and where you are doing/going. It won’t eliminate the headlights but they become much less annoying. This, in turn, allows you to focus ahead of you where you attention should rightfully be directed.

VA seems just as determined to dwell on the past and point to it frequently to explain why they feel their decision(s) are correct. They do this quite convincingly because that is the culture in which they exist. Much like a card shark, they try to deflect your concentration away from the reasoning for the claim denial and distract you. This technique provokes the rearview mirror syndrome and great introspection on your part. You become so focused on what you feel you cannot change that you lose sight of what you need to succeed. It’s no secret that a great majority of you who file claims are so disheartened by the process that you throw up your hands and walk away in disgust. VA goes out of their way to encourage it.

In my most recent battle at the CAVC over my greenhouse, the VA took a deposition from a VR&E Officer who swore on a stack of bibles that he/VA had obeyed all the rules and made every attempt to mollify me on my Independent Living Program. He convincingly stated under oath that he had engaged in mutual discussions in the construction of my ILP when he had not. His ploy was to embellish the past and he artfully deployed the rear view mirror technique in an attempt to make it appear VA was above reproach in their conduct.

The teaching moment here is elementary beyond all these analogies. Triage your claim to simplify it.

-What is the most pressing problem medically? Don’t create a trainload of issues.

-What is the best repair order that can be employed to produce the best results for you immediately?

-How should you proceed (i.e. pro se or via representation)?

Focus on the windshield and where you are going. Study the problem in depth to make sure you see all the possible permutations and what the potential repair order will accomplish- or more importantly- what it may not accomplish or leave undone. Going off half-cocked has caused me more problems than I can count in life. Mentally count to ten slowly before pulling the trigger. Learning the ins and outs of VA claims has taught me much about blindness. Assuming VA will see it your way or be kind and understanding are weaknesses we cannot indulge. The Presumption of Stupidity is alive and well at the VA. It is usually a product of professed blindness or being unacquainted with the regulations. No one at VA will ever ascribe stupidity to being vindictive as much as it appears so.

As many times as I have been convinced BVA judges or DRO officers could only come to one conclusion on a given set of facts, I have been shocked to learn they often refuse to budge and see reason. Short of overwhelming evidence in your favor, they will cling to their mental fig leaf of stupidity.

At the recent NOVA conference, a fellow gave a wonderful speech on how to cut the Gordian Knot of denial. Ensconced in 38 CFR §3.103(c)(2) is a wonderful repair order compelling the VA to tell you what you need to succeed:

It is the responsibility of the VA employee or employees conducting the hearings to explain fully the issues and suggest the submission of evidence which the claimant may have overlooked and which would be of advantage to the claimant’s position. To assure clarity and completeness of the hearing record, questions which are directed to the claimant and to witnesses are to be framed to explore fully the basis for claimed entitlement rather than with an intent to refute evidence or to discredit testimony. In cases in which the nature, origin, or degree of disability is in issue, the claimant may request visual examination by a physician designated by VA and the physician’s observations will be read into the record.

You have a wonderful toolbox of devices available to ensure a win in this business. The only ingredients you supply are chronic, viable diseases/injuries incurred in service. There is no need to make this harder than it has to be. Living and dwelling in the past serves no useful purpose other than to prolong the agony. Unfortunately, if you are myopically focused on that rear view mirror, you’re often effectively paralyzed from the neck up and unable to move forward. Remember always, you are not alone in this. Don’t be afraid to reach out and ask for that help.

P.S. I apologize for the recent absence. I’ve been harvesting and playing squirrel Nutkin with my produce. Well, that and dinking around. 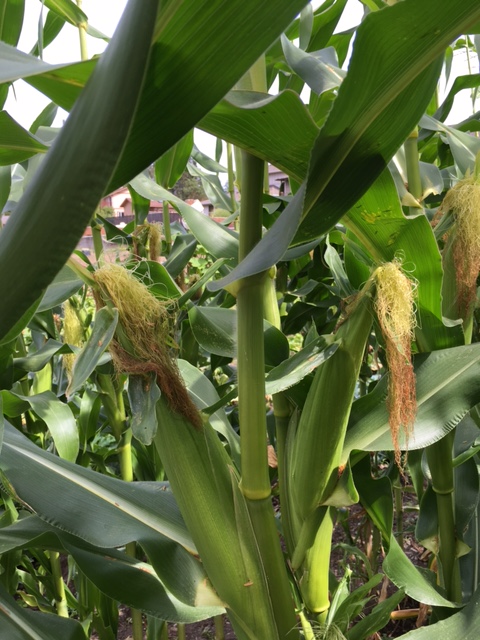 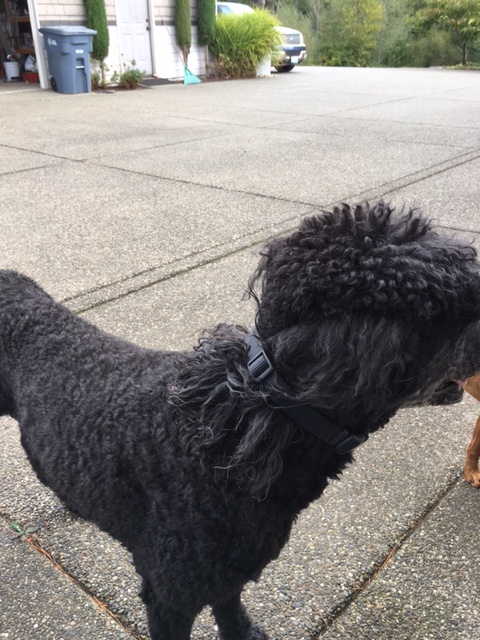 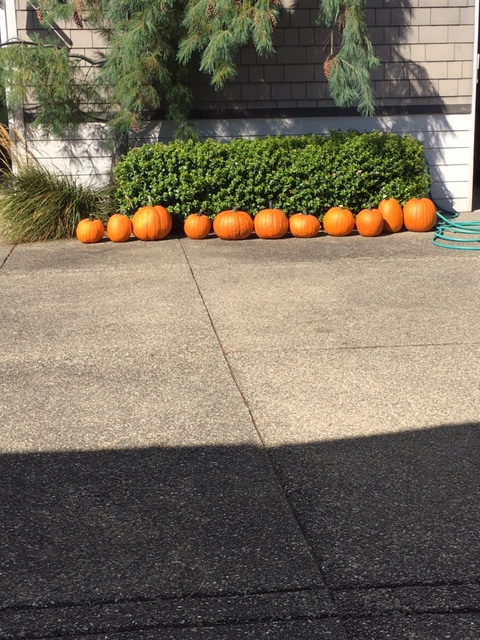 Class of 2016. Half of them are still growing down in the manure pile 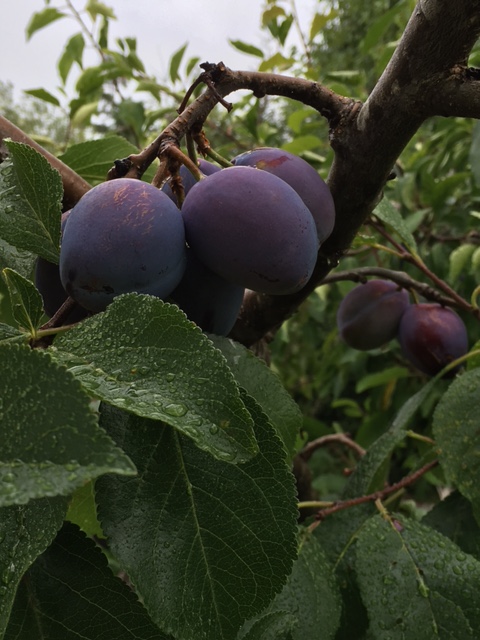 Italian plums at 0630 hrs before H-day 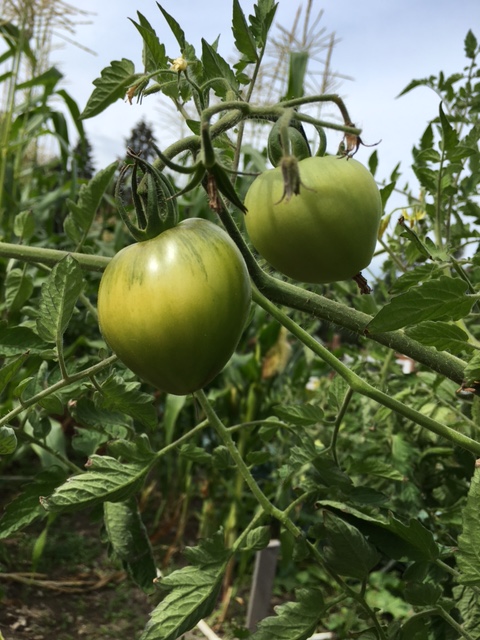