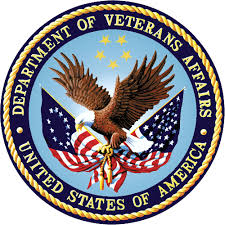 Over the years, I have been appalled to discover VA is prone to either breaking the rules or feigning ignorance. Rarely, however, do they engage in post hoc blatant lying to defend their actions. What am I saying? Of course they do. That’s where the term “post hoc rationalizations” originated.

I spotted it several years ago and have since seen it used by succeeding Courts to demolish after-market rationale for why the VA acted the way they did. When the CAVC or the Fed. Circus defines your actions as unconscionable and that further argument only shows you grasping at straws to exonerate your stupidity, you suddenly discover you finally earned their disrespect and, depending on the level of perfidy, a loud, resounding bitchslap. 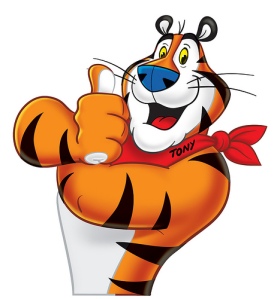 In the five years I have spent trying to learn the ins and outs of ILP for all Veterans, I have discovered VA VR&E folks have a singular flaw- a mental disability if you will. Much like the military, and indeed the VBA adjudicatory arm, the presumption of guilt or unworthiness precedes you. Fighting for the greenhouse was illuminating. Usually, when denied, a fixed set of reasons is stated. It is static or unchanging. Unless, or until, you mitigate this with an IMO or letter from a licensed vocational therapist that says a greenhouse would look greaaaaaat on you, you are not going to prevail.

Which brings up the next contretemps. What happens if you meet or beat that denial rationale? Bingo. Greenhouse, right? Well, not exactly. In VREland, this often segues into a new denial based on an entirely different metric. And so on and so on… After three different theories of denial, it became apparent to me that I was never going to prevail because no matter what repair order I initiated, the new denial would be predicated on something I had never addressed or contemplated. Why would I try to cover every contingency? Who could possibly dream up each and every scenario in advance and formulate an argument to counter it?

But what if? What if, during the whole five years of appeals, there was never any intention of bargaining in good faith? What if the principle actors in this novel had no intention whatsoever of acquiescing when you had finally crossed all the t’s and dotted the i’s correctly? Worse, as here, what if they lied and cheated to accomplish the denial ?

VA personnel, for the most part, are honorable folk. With that said, it is inevitable that there will be a few bad apples-a few unsavory characters- that somehow escaped detection for many years and wreak untold havoc on Veterans. These employees feel they are above the rest and serve a purpose by protecting the VA financially against all assaults. Using any means handy, legal or illegal, is perfectly kosher. When those barbarian Veteran untermenschen are storming the gates, resorting to illegal means is considered fair and appropriate to defeat them.

Seattle’s VR&E Officer has never been faced with an attack of the magnitude I mounted. He was unprepared for my tenacity and staying power. True, most Vets would have thrown in the towel by now. I know many of you attempted to follow in my footsteps for various things like riding lawnmowers and metal detectors and were summarily denied. Almost to a man, you gave up. I don’t fault you. Most would. VA can be very overbearing and the old wive’s tale that you can unceremoniously be stripped of your compensation poker winnings is still perpetuated by VSO representatives daily across our fruited plain.

Being twenty-year protected is an asset in this even if you believe the claptrap VSO reps spew out “beware of becoming uppity”. Unless VA can prove I obtained my ratings fraudulently, they are inviolate. With that sure knowledge, I feel more confident in bearding the VA lion in his own den. What I never expected-what no Veteran would expect- is that an employee, having been overruled by the BVA, would cheat and attempt to substitute a cheap knockoff version of an ILP and say the Veteran agreed to it wholeheartedly- and what’s more- was part and parcel in the formulation of the deficient plan from start to finish. Welcome to the Hotel Seattle.

Last Wednesday was a sobering experience. I anticipated some animosity and ill will. I was prepared for a bait and switch, too. What I was not prepared for was the level of animosity generated by having a higher Court of law finally call bullshit on the VR&E and overturn all that hard, well-reasoned denial work. Well, that and the ensuing lies. How do you deal with it? Why, bust out that keyboard and let ‘er rip. If VR&E can take it up a notch, it’s time to become more rambunctious in the playpen. Ladies and Gentlemen Veterans ( and you all do act like well-bred folks), I give you an opus for the ages.

No Veteran should ever be subjected to what I went through last Wednesday. I don’t care if you are a combat Vet or one who flew a desk for 20 years in peacetime. You earn your stripes. If, in the course of doing so, you became irreparably harmed, you get certain promised remuneration. For the most egregious who suffer major, severe disability, there is a final level of reward above and beyond SMC that Congress set aside for us. I speak of ILP, of course. For VA to offer such a program and then make it impossible to attain is the height of hypocracy. To hide it in a dark corner and deny its existence is one thing. To refuse to implement a legitimate award is quite another. But the true crime is where the Agency resorts to misfeasance-nay, malfeasance- to show their displeasure at being dissed. Committing perjury on top of all that to justify one’s actions is simply beyond the pale. That, my friends, is where we have to draw the bright line and say “He’s lying”. 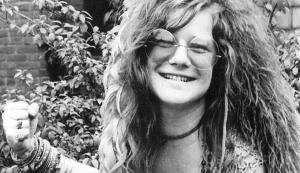 Being a chucklehead know-nothing, I take it upon myself to call out this lie and let them know we’re mad as hell and we’re not going to take it anymore. You have to choose your battles wisely but Janis Joplin also said it quite eloquently as

“Freedom’s just another word for nothing left to lose.”

Fly at it, gentlemen. I won’t back down. I was bushwhacked for calling a certain unnamed VA “charity” a scam last year. I was also exonerated by CBS News. My personal ILP experience so far is equal to, or even more obscene, than the treatment I received then.

Cupcake admonishes me constantly to entreat the Lord to keep his arm around my shoulders and his hand over my mouth but even she realizes there comes a time to stand your ground and fight. This ILP’s for you, my fellow Vets.

11 Responses to ILP–WHEN IN ROME, ACT LIKE A ROMAN