With the advent of the Veterans Benefits Management System came the world of virtual access. Gone are the days of the paper c-file for the most part. Everything is now electronic with the benefit of word-searchable .PDFs. Who could ask for more? Well, Ken Carpenter for one and Bob Chisholm’s paralegals for another. What’s more, a c-file can now be in two places at once-eliminating the dilemma of filing a new claim while you have another on appeal at the BVA in DC.

Used to be if you wanted a copy of the c-file, you were screwed if it was tied up in an adjudication- or worse-an appeal. You had to risk losing your place in line at the RO while they jerked it out and ran to the copy machine or have the appeal go dormant while they did the same at the BVA. Problem was they didn’t make a copy for you at the BVA. You had to wait until your decision was complete and the file was returned to the RO. Everything traveled via snail mail/UPS/Fedex. Add a month in transit due to dealer prep and destination fees from DC, another month to unpack it at Fort Slowpoke and a few weeks of inbasket quality time before the c-file ever made it to the copier. If your c-file exceeded 3,000 pages, all bets for a timely reproduction date were off.

While you are entitled to these files, the VA takes the rather jaded position that you’ll get them when VA damn well gets around to it and they have personnel not otherwise occupied with more important things like a 10:15 Starbucks run down to the lobby. All this is immaterial to accredited VA attorneys and agents. With the genesis of the VBMS and the ability to access a doppelganger file in virtual Internet space,  asking for a file from VA requires a four-step process outline in 38 CFR § 1.600(b)- to wit:

(b) VBA will grant access to its automated claimants’ claims records from locations outside Regional Offices under the following conditions. Access will be provided:

(1) Only to individuals and organizations granted access to automated claimants’ records under §§ 1.600 through 1.603;

(2) Only to the claims records of VA claimants whom the organization or individual represents as reflected in the claims file;

3) Solely for the purpose of the representative assisting the individual claimant whose records are accessed in a claim for benefits administered by VA; and

(4) On a read-only basis. Individuals authorized access to VBA automated claims records under §§ 1.600 through 1.603 will not be permitted to modify the data.

(4) above is a given considering VA would never allow us a copy we could tamper with. Remember, only VA is allowed to misfile your evidence in another’s Veteran’s file. Mr. Carpenter’s dilemma is understandable. He qualifies six ways to Sunday but VA is acting anally retentive here and dawdling on fulfilling his request by delaying putting him in the computer.

This is why I love Extraordinary Writs of Mandamus. When time is of the essence and your client is facing an imminent  DRO or BVA necktie party, being able to access his c-file on an RFN basis is of paramount importance. Waiting 45 days is not an option. In these days of Fully Developed Denials, time is money. With it all in electronic format, depriving a rainmaker access simply because you are tardy in approving or uploading his authorization into your dysfunctional dinosaur of a computer is asinine. It’s also blatantly adversarial.

Now imagine throwing gasoline on the fire and making Kenny wait for Bob Chisholm’s Extraordinary Writ to be decided first and you have a perfect storm of stupidity. 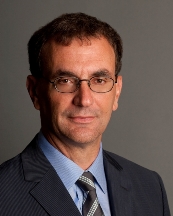 Mr. Chisholm of Chisholm, Chisholm and Kilpatrick LTD, has filed his own Extraordinary Writ (CAVC 15-1594) to obtain access for his legal staff. VA poohbahs became apoplectic when they absorbed the gist of  his Ex Writ.

VA will not hear of it. The mere idea of everyone, including  Mickey Mantle’s mom, running around with unsecured Veterans’ c-files makes the OGC’s hair stand on end. The next thing you know, Veterans themselves will be asking for their own remote access to their own files (most assuredly tamperproof ) without VSO supervision. Anyone with an ounce of sense can see where this might lead to (gasp) more pro se Vets without adequate VSO minders making the VSOs superfluous-if they weren’t already. Why, the whole system could implode and Vets might start winning this poker game. I bet the Big SES types at OGC (027) must feel like the guys who owned VHS Video rental stores when Netflix™ came out with rented streaming online movies. What kind of excuse can you fabricate to preserve the old ways? Trust VA to trot out some doozies.

The times they are a-changing. Consider the bassackwards predicament we lowly Veterans are in right now. We have an eBenefits system capable of giving us all manner of information about the legal progress of our claims and much more. Granted, most of the information is so antique it has mold on it. Nevertheless, we can upload information and evidence into the eBenefits system remotely but cannot even confirm it arrived or view it – in a c-file we legitimately are entitled to view. To add insult to injury, those we hire to defend us are deprived of the same information interminably until they get the magic password. Heads I win, tails you lose.

Many of the larger law firms are top heavy with paralegals and assistants who collect and collate the Veteran’s information to develop case strategy. What possible reason would VA have to restrict the ability to view it to just one law dog who holds your Power of Attorney? Your local VSO at DAV can view it, download it and leave it lying out on his desk or share it with the janitor and suffer no legal woes but the trusted officers of the Court (Chisholm’s crew) cannot be trusted. Believe you me, the employees of a law firm have far more Criminal Background check investigations on them than a VFW service rep ever will in his lifetime-if their bosses even bother to run one at all. Keep in mind, too, that VSOs can occupy this niche without ever taking the Agent’s exam and  occupy a much higher level  legally than one of Mr. Chisholm’s highest-paid paralegals. Go figure.

VA has long been secretive and unwilling to bend or compromise on regulations. Each new wave of electronic improvements yields more tools to aid us in presenting our claims. In a game where knowledge is the power to win, they still insist on archaic protocols and secret squirrel shit. I guess I don’t need to tell you how many VA employees with hundreds of thousands of Vet’s records in their possession have had their computers stolen from their cars/homes and subjected us to credit fraud and identity theft. On the off chance the crime leaks out, the Vets affected are offered free credit monitoring for a year or two. When a noted VA attorney with an unblemished security record concerning Veterans files asking for unfettered access for his paralegals as Chisholm did, VA takes this as tantamount to a security risk with untold consequences that can never be condoned. Really?

I look forward to the time when eBenefits will be a DIY ‘in by ten and out by three’ claims system like a Chinese laundry. The only roadblock is VA’s mentality. Until that changes, assuming it ever does, we are doomed to the short end of the punji stick with the brown stuff on it. In sum, they trust attorneys and their paralegals far less than a lowly VSO service rep with no legal training and a pet sheep with  his sheepskin still on him. A sad state of affairs indeed. That is who we are dealing with. Remember, too, VSOs didn’t even want to allow attorneys into this system and fought hard to prevent it.