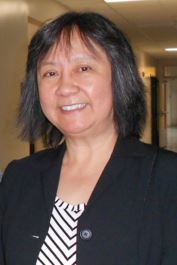 What could be better than a long cool Veterans Law Judge in a black robe than a red hot Vet’s law dog  on your team named Jeany Mark Esquire. Ms. Mark is one half of the tag team of Lieberman and Mark. The VLJ is no other than Ursula R. Powell. Imagine. An all-woman production with no testosterone involved. Given another day or two, they could probably solve Global Warming. I respect women for what they can accomplish unimpeded. No wasted words during work. Cupcake is a shining example. So is Ms. Powell here.

Several months ago, I had a query about who was a better Veterans Law Judge versus another. With about 78 to pick from, that’s a tall order. The Honorable Ms. Powell’s name came up and she was being cast as a hanging judge. I looked for myself on the BVA site and found her to be remarkably well-grounded when someone representing the Veteran actually shows up with the ingredients (Caluza/Shedden/Hickson) for baking the pie. Sadly, too many walk to the hangman’s noose oblivious to fact that their VSO representatives let this get in front of judge without an IMO. Service reps are taught

Benefit of the doubt will carry the day.

They rhyme it so the reps won’t forget it. Anyway, I ran into this gem which illustrates a couple of really fancy ways to get around not the Hanging Judge but the Hanging RO RVSRs, DROs and VSCM “Judges” who deny this because they are forced to. Roger that. 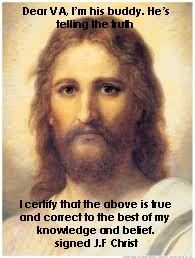 It’s a jetgun decision. You could have the signed and notarized Buddy Letter from Jesus F. Christ. You could have service med recs that said you got Hep while you were in country in 68. If you blame the jetgun, all that flies out the window. 4th and long. Punt to BVA automatically. This is another Whacko RO, Texas decision. Caluza? Never heard of him.

About a year into this Johnny Vet figures out the password and the secret handshake and hires Dr.  K. Gutta M.D. to write his IMO. It’s a good one.

In a letter dated in February 2009, K. Gutta, M.D., wrote that the Veteran has been diagnosed with hepatitis C and cirrhosis, and has been stable. Dr. Gutta opined that it is more than likely that the Veteran obtained the Disease in 1971 at Fort Polk, Louisiana. As a rationale for the opinion, Dr. Gutta noted that a number of the Veteran’s colleagues also developed hepatitis C and, hence, there appears to have been cross contamination of a number of soldiers from that time. Furthermore, the Veteran does not have any other obvious sources of acquisition for the infection.

That should have rung the RO’s bell and provoked a grant right there. No. VA dawdles another four years and finally calls for their C&P/VA Examiner to read the tea leaves.

The Veteran was provided a VA examination in August 2013 for hepatitis, cirrhosis, and other liver conditions. The VA examiner interviewed the Veteran, and acknowledged the Veteran’s belief that he contracted hepatitis C through injections administered through air gun injectors during active service. The examiner indicated that the Veteran had “no known risk factors.” The examiner opined that it is as likely as not that the Veteran’s hepatitis C was incurred in or caused by the claimed in-service injury, event, or illness. As a rationale for the opinion, the examiner stated, “it is as likely as not that vet hepatitis c is related to military service in 1971 at Fort Polk, Louisiana, where he received air gun injection, which would be due to possible cross contamination.”

Obviously Nursey Nurse Examiner was new and had not been given the “briefing”- yet. Concerned SESs above telephoned downstairs a week or so later and asked Nursey Nurse to clarify her thinking just in case she had the vapors during the recent full moon.

Later in August 2013, the RO contacted the examiner who conducted the August 2013 VA examination for further rationale for the positive nexus opinion. In an August 2013 VA addendum opinion, the VA examiner stated that the cross-contamination was “due to poorly sterilized equipment causing transmission of hep C virus harboring in liver.”

Now, put this on pause for a moment and go back up to the Introduction. Read that last sentence.

Following issuance of the statement of the case, additional evidence was associated with the record. The Veteran has waived initial consideration of the evidence by the Agency of Original Jurisdiction (AOJ). Accordingly, the Board may proceed with appellate consideration. See 38 C.F.R. § 20.1304(c) (2015).

This is how you play VA Poker. Pry it loose from the VARO and get it to appeal. In the interim, crank out a new nexus letter or refurbish the old. I suspect it was an IMO kicker on the cirrhosis, secondary to the hep C. It’s glaringly obvious that this already had two concurring medical personnel saying it was SC and the RO denied with no nexus/IMO of their own. Pray tell, how? Well, come on, dude. If the legal help is free, you better supervise them a little bit. I’d give my eye teeth to see that denial. $100 says the mention of the word “speculative” was in there somewhere.

VLJ Powell is probably wondering why she has to be King Solomon the Wise to make this decision. Remember, too, that this poor guy began this in 2008-eight long years ago. This is VA poker show and tell finally explained. Vet 2, VA 0. Any Questions? Good. Give him his rating and a secondary on the cirrhosis and be quick about it. You can tell Ursula was brought up right. You didn’t hear a single word about those a–holes back in Waco who didn’t do their jobs.

Eight years, ladies and gentlemen Vets. Eight years. For something a first year law student could figure out in a heartbeat? Nonadversarial? 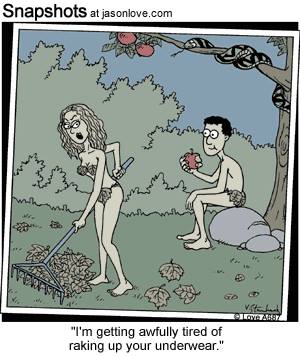 2 Responses to BVA–LONG COOL WOMAN IN A BLACK DRESS