In a surprise announcement today, VA admitted the inmates have overtaken the asylum and now roam the hallowed halls of the Minneapolis and Philadelphia ROs. I assume they are referring to Diana and Kimberly’s adventures in triple dipping the VA system.  Regardless the reason, it’s apparent that you would have to bring your AR-15 shorty to work and off about 27 employees- at least one more than Sandy Hook- to provoke the dreaded “You’re fired, dude.” Really. I’m not kidding. The SES at the VA have carved out a special place in 5 USC to make their bed in. Considering we, as Veterans, cannot avail ourselves of this lovely Statute judicially, I find it incongruous how they continue to dodge the bullet, frankly.

I think what makes it harder is for Secretary Bob to have to come out and explain it to the reporters with a straight face. 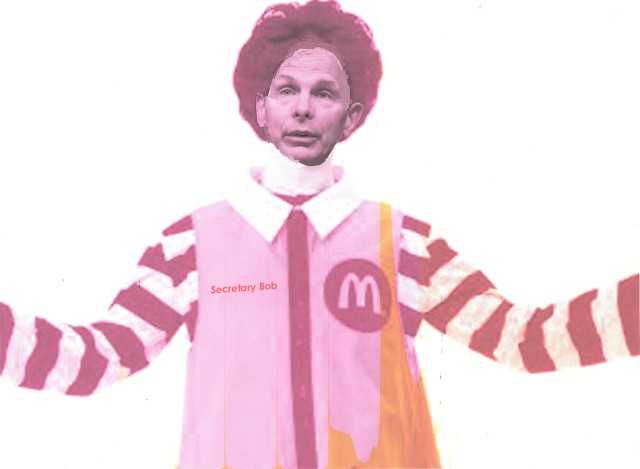 ” Look, guys. I fired them. I did. I sent them to, like, Thule friggin’ Greenland and they’re back. They’re like a bad penny. I’m sorry. But hey. It’s not my fault. Those Congressional chowderheads make the rules on this. If you give me the authority, I can fix it. What we have now is unworkable as I guess you can see.”

Here’s the whole story. It’s a sad week when the organization that was set up to administer to Veterans admits that a) their adjudication methods are defective, unworkable and require a major overhaul; b) said overhaul contract has already been let for $23 million and c) the hierarchy has no control over hiring, firing or discipline against it’s most highly paid employees but seeks same.

I guess I don’t have to explain what VA’s SES gomers think about this change of plans.