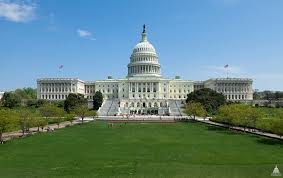 What’s wrong with America? Are politicians so shallow that they willingly abrogate the compact between Veterans and their Nation? Rarely do I inveigh in the political sector as it is the third rail that impedes our cause. The moment the “P” subject enters the conversation of Veterans claims, partisan bickering ensues as to which (of the two foremost political parties) is the “Veterans” Party. Which political behemoth best stands up for our rights? In truth, neither. Sorry to let the air out of your campaign balloons.

Let’s look at this from a neutral perspective. Over the years, certain things have happened to brighten our plight. I’ve seen pictures of my fellow brothers from Vietnam warehoused at a VA hospital in New York City after our “boundary dispute”  in the late 70’s caring for one another amid rats, feces and urine.

Were a Senator or Congressman of either persuasion to have encountered this back then, there would be no end to the subject until the practice was banished across the 56 VARO/VAMC mini-states of America. Having spent a year recently (2009-10) as a guest of the VAMC Seattle and enjoyed their surgery suites four times,  I can say our plight has improved significantly. Maybe not mine, but the majority certainly. Alas, not so the food but allowances must be made for the medical aspect.

Nevertheless, from a political perspective, no side in recent memory has been a true, staunch advocate- a defender of the disenfranchised minority- for more than a photo-op or a reelection strategy. Far too many politicians are all hat and no cowboy. I do take exception to that proclivity as far as my own Congressman ( Derek Kilmer) is concerned. I don’t need to blow his horn but he has been there for my friends and me each time we reached out. As most know, he was, and still is, the driving force behind my neighbor Butch Long’s quest for his medals and his long overdue VA compensation. Hell, he even volunteered to come over to my place and pin mine on me. He probably has a gazillion Vets in this district but he and his staff are all over a Vet’s problem like white on rice. I like that. He actually puts some mustard on that arcane, hackneyed and overused saw “Thank you for your Service to America.”

Talking with my friends and far neighbors on the Right Coast, this success at having your Congressmans’/Senators’ ear is not always as fruitful as imagined. Many, as I say, are more than happy to take the complaint and promise much. Delivery of the product is what we Vets look for. A callback that offers nothing more than “We passed on your concerns to the Veterans Administration representative in Seattle and they are looking into it. We will get back to you when we hear anything.” is nothing more than a panacea- a get out of jail free card than is useless.

We can probably conclude the malady afflicting our elected representatives that produces ennui and lip-whipping is not specifically indigenous to one party. My good friend Bruce of the Atlanta area tells me his elected representative(who doesn’t share the same political persuasion as Derek) is virtually emasculated when it comes to dealing with the VA. Too much “ol’ boy” networking. Why is that? What combination of manhood, what “do it because it’s the right thing to do”, what enervating impulse can produce such disparate results such that a member of the minority party in Congress, no less, who isn’t even on the House Veterans Appropriations Committee (HVAC), can move mountains for one of his constituents like Butch in such a brief time? Derek isn’t very imposing in person but you can see the iron in his eyes up close. No photo can capture that.

As most know who read this blog fairly regularly, Butch’s path to a fair resolution of his injuries, not to mention his overdue medals, has been thwarted at every turn. Seattle’s Fort Fumble went so far as to dig deeply into Butch’s c-file (which they had to summons from St. Louis) and pull up a 40-year-old address to send his C&P exam notices to. Each time, he and I have turned to Congressman Kilmer and results are virtually instantaneous in VA time. As a test, I invite any one of you reading this to call your DC warrior(s) and see if you can produce the same. Surely one of you has a horror story hundreds or thousands of times more egregious? I read about all of you on VA’s Vantage Point so I know you’re out there.

Not since the time of Sen. Patty Murray’s tenure as the Head Honcho of the Veterans Affairs  have I seen such celerity. I could see it in her case. If Shinseki or his minions dawdled, he risked her ire and his funding. Congressman Kilmer doesn’t carry such a big stick- or any stick- I can discern. He’s not even on the HVAC.  Left with those parameters, we have to look to the man. I’m a one or two-issue voter, and with that narrow focus, I can readily see Kilmer as an asset. Can you say the same about yours? That is the acid test here. Don’t be swayed by the totality of a man’s beliefs to the exclusion of his being an asset versus a liability in any given instance. I console myself in knowing you can vote one way to get the best Veterans representative but sometimes still pick and chose others in Senatorial races that might appear to conflict. Remember, there are 535 of those critters in DC. Many cannot even agree in the same party on what the meaning of “is” is. I point to McCain-a Veteran and POW- as an example of one who cannot always be counted in our corner. Finding one to carry the water is a valuable voice.

If we were snail darters, our numbers would put us on the EPA’s most endangered species status. That’s no small feat. There are less that 855,000 Vietnam Veterans alone left alive. Our numbers shrink quickly these days. Of more import, the future of America’s military is once again shrinking as it did in the post-Vietnam era. That guarantees our invisibility soon as America returns to a peacetime economy and steels itself to the task of earning a living. All the yellow ribbons ’round  them oak trees will be folded up and put away. Life will return to normal. Dover AFB Delaware’s mortuary staffing levels will gradually subside. VA hospitals will once again fall into disarray. Waiting lists will grow with exotic electronic programs designed to call and let it ring once to divest themselves of the stupendous backlogs. Funding will increase and the Veterans’ cyclic downward spiral will return. Well, everywhere but in my neighborhood if my vote has anything to say about it.

This electoral season, vote #Vetlivesmatter. Vote for the politician of your choice, be he D, R, I or TEA. Vote for her/him because they promise to do that one thing that will keep America strong. In the immortal words of George Washington, who probably had seen far too many Large-hatted cowpokes by the time he let slip this:

“The willingness with which our young people are likely to

serve in any war, no matter how justified, shall be directly

proportional as to how they perceive veterans of earlier

wars were treated and appreciated by this country.”

Most folks who know me realize I’m not a parade-kind -of-guy. My focus in life is never to leave another Veteran behind. I look at VA justice as a perversion. The only way that process can exist is by the government allowing it-they condone it by their inaction. Any member of Congress who subscribes to that philosophy, even if the rest of their political platform is pure as the driven snow, is my enemy. If someone like Senator Bernie Sanders can plausibly say that the motives of the Phoenix VAMC bonus recipients busy killing 43 Veterans cannot be summarily condemned without a complete investigation- but says it six months after the revelation- is part of the problem. Sitting as the head VA Congressional poohbah makes it all the more egregious. Allowing Veterans to die on your watch should never be excused.

My teaching moment is simple. If you do vote for them next November and they don’t pass the audition, vote them out and try, try again. Eventually they get the message. I thank my lucky stars we in my own congressional district have been blessed for years with someone who is a far thinker like George Washington was. And remember. The test as to their worth is simple. Call them up and ask a favor. What do you have to lose?

P.S. For those keeping political score, I mentioned five figures. Kilmer, Sanders, Murray, McCain and President Washington. Not knowing what political persuasion Washington was, and as it is also immaterial due to his demise, let’s discount him and call it four. I disparaged one republican and one democrat. I gave a neutral treatment to one democrat and I praised one democrat. In the other Washington on the Left Coast, we are not required to register our political persuasion, but I most nearly identify with the conservative groups of America. I guess no one can say that was a ringing endorsement for the GOP, Rush or Fox News. I report. Then we get to vote.