In everyone’s claims waiting period, time weighs heavily and dampens one’s spirit. In order to dispel the depression, humor is called for. Humor is important in my VA claims tool pouch. On top of April Fool’s as my birthday and  being an Aries, I’m also impulsive. My thoughts constantly drift these days to my son Buckwheat Junior’s impending wedding next weekend. Doing so brings back memories of one of our trips to Maui when he was young and testosterone had not poisoned his brain yet. You’re gonna like this one. I had more fun than any Veteran alive should be allowed to have.

We caught the afternoon Honalua Bay cheese, wine and snorkel cruise up the coast out of downtown Lahaina. It was a huge catamaran with two bars and no waiting. Both had Stoly 100 proof. To snorkel, you stumbled out of either bar and down a flight of stairs in the center aft and stepped into water. This ship had a lot of planning that went into it.

We pulled up an hour of so later further north  at the bay. It had delicate “knobs” of coral chimneys that were most sacrosanct and we were admonished not to approach within more than five feet of them. Touching them was a Class C felony. Apparently, my hearing was defective or I was still at the bar or the restroom. At any rate, I missed the preflight briefing. I did get one tidbit from my son that they were somewhat adamant about not feeding any fish. Alcohol, in sufficient quantities alters my hearing. I was pretty sure what they were trying to say was not to feed certain species of fish like sharks and such. That would be bad for tourism. Smaller fish, on the other hand,  eat all the time. If you spoil them every once in a while, there’s no harm done. Kind of like a VA bonus for not doing anything.

Being an intelligent Vet, I figured this was going to be like watching grass grow underwater. Since we home schooled the Son of Cupcake, I felt it would improve our male bonding if I made sure the educational experience included actual fish to observe. Toward that end, I conveniently had a bathing suit just like regular shorts with front pockets –and zippers. There were also holes stitched into the bottoms of the pockets to allow water to drain out-or bread crumbs. The night before, at dinner in the restaurant. I surreptitiously palmed several small pieces of French bread into a paper napkin. We mutually concluded that we didn’t feel the need to discuss all this with Cupcake and get her worried sick.  In retrospect,  I see a lot of flaws in my thinking. I should have just brought the whole napkin full of bread and launched it. Egress would have been uneventful.

Zero Hour was 1423 Local Honolulu time. We launched en famille  into the sunny water. We, being Cupcake, Buckwheats Sr. and Jr. Approaching 5 feet down, Buckwheat tapped my leg from behind and pointed over his shoulder at the now-milky white trail of liquid French Bread, punctuated with small crumbs that led away from my waist like a bright tracer.  None of the few fish in sight made any effort to approach so I pressed on. I was beginning to think the bread was a waste of time.

I’ve never seen so many fish of disparate breeds assemble in a school together so quickly. Buckwheat moved away from me and surfaced. He was forced to by the sheer volume of fish. He paddled away and began looking for Cupcake so she could share our moment. I was beginning to see a very large problem developing and it was metastasizing exponentially by the moment. Five fish turned into 50 and within five seconds to five hundred. In twenty seconds it was conservatively 5,000. I had failed to plot an exit strategy and was trying to get up top for air when I noticed what appeared to be a tree stump a mere 10 feet away that was 2 feet from the surface. How convenient. It was rough as a corn cob and easy to climb, too. Dearest Son quickly swam over as closely as he dared to inform me I was destroying Hawaiian History and that I might want to relocate before I got a demerit from the staff for disobeying. He was right.  The futility of staying where I was became apparent when the fish began jumping up 3 feet out of the water at my pockets. I quickly unzipped both and knelt down to wash out all the bread in one quick, inebriated fluid motion. People on the boat were now beginning to gather at the railing to point at me and grabbing their cameras.

I’ve never had yellow fish (plural)inside my bathing trunks before. I don’t think I’d ever worried about it- let alone what color- up to that point.  I can’t politely describe it in mixed company but it is dangerous. Fish have those little spears in their fins. I bravely tried to fight my way through an impenetrable wall numbering in the tens of thousands by now. Fish must have some radar tom toms they beat to tell others to come quickly. There wasn’t enough water to hold them all around me.  Everyone underwater in a 50 foot circle was swimming over to witness whether I was going to escape with my suit on or off. Some of those Hawaiian fish are particularly aggressive and have poor upbringing. They acted like starving, uncivilized piranha and they were still trying desperately to get into my suit..

After a brilliantly executed retreat out of the Kill zone, Cupcake Six Actual swam over for a Sit Rep. You know how those things go down. “Do you think you’re setting a good example for your son? That was childish and you could have been severely injured.  What does that teach him? That he doesn’t have to obey any of the rules? Don’t you remember the Cigarette Police at Epcot when you were smoking in the bathroom? A lot of people saw you stand up on the coral node and all the fish attacking you. What are you going to tell them?” Her logic was impeccable-as usual. Droll, humorless and impeccable. That really sucks all the joy and energy out of the moment.

By now, I had a lot of water in my mask and I was laughing so hard I was sucking saltwater in through my nose. That hurts more than Coca Cola. Hell, here I thought I should have been paid for my performance. I figured it made for a great “Vacation Moment” for 30 or 40 lucky folks-some with underwater cameras. You don’t go on very many snorkel cruises and get that kind of action or drama. Buckwheat agreed wholeheartedly and commended me on my innovative escape and evasion techniques. A great Father-Son educational moment was memorialized.  In the early 90s  kids said “Stinky, dude.” instead of ‘cool’. I got three stinkies. Cupcake quit speaking to us for a day. A man has to know his strengths. Too often I hear “There’s no ‘I’ in Team. I try politely to always point out that fortunately there is an ‘I’ in ‘In Charge’. Something always gets lost in trying to make that point to Cupcake. 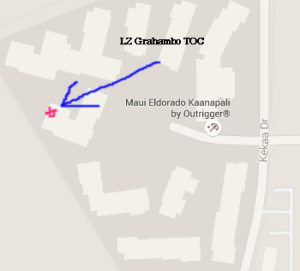 True Grit prevailed. On the way back to Lahaina, a few guys came over and asked if I used bread. I said Hellllllll, yeah. One said to the other “See. I told you we should have. That was too cool for school.  How many times did you get bit? Looked to me at one point you actually had about twenty of them suckers plum jumpin’ out of your drawers.”  I told them all about it.  We high fived and they bought me a drink. They were Vietnam Marine Vets from Mississippi.  Well, duh. Only Extremely Trashed or Hammered Veterans would be that crazy or appreciate another who was. I introduced them to my son and they told him what a cool dad he had. Junior told them he wanted to grow up and be just like me. Thank God he forgot that part of it.

As we exited the ship, the crew gave me that bleak,  grim, stink-eye look that speaks volumes. I saluted and grinned with a”Sorry, I accidentally had a pop tart in my pocket.” Cupcake drove back to the TOC -in silence. Twenty three years later, even she recognizes the rich humor in this escapade. She eagerly anticipates my graduation into adulthood, too. If fact, she remarks on it fairly regularly with little words of encouragement like “Grow up. You’re almost 65.”

2 Responses to SNORKELING NO-NOs IN MAUI