Imagine. Another reversal from Brother Greenberg up at the Big House at 625 Native Americana Ave, NW. This one, while a single judge memorandum, is still valuable and very notable for several reasons we will see. Most importantly, it points up what are considered chronic diseases vs. ones we clearly have to show are chronic via medical history. Worse, the decision points up the lengths VA examiners will go to in order to support a denial.

Meet Christopher D. Louderback, squid extraordinaire from 1994-1998. He was a steelworker and probably did some heavy lifting judging from the plethora of back injuries he suffered in service (3 documented). I think its a miracle he didn’t fry his liver with all the Motrin they were shoving down his pie hole. As with most of these back things, he had a new injury shortly after separating at a new job. He was probably trying to make a good impression and lift far too much. Being in a civilian medical setting, they did an extensive workup this time and discovered a herniated disc.

The Chrismeister did exactly as he had been instructed at separation. If you have any injuries/diseases in service, file muy pronto. A check on his timeline shows DOS of February 1998. Date of claim filing was July-August 1998- five or six months later and well within the magic year limit for SC from separation. He got the dog and pony show in October 98 and mystery of mysteries, he was denied the following spring in March 1999. Seems they misplaced his STRs. As we all know. in cases like this, the M 21 moves to the default setting- no records equates quite simply with “It didn’t happen and we don’t believe you”. At least they didn’t insist the records burned up in 1973 at the NPRC.

In 2001,  almost three years later, they finally laid hands on the STRs but still denied saying it had absolutely nothing to do with the three noted injuries for the exact same thing in service. I’m not saying he had a VSO but he failed to appeal. End of VA claim. In the meantime his back was headed south in a major way.

In February 2009, things came to a head. He went to a VAMC for verification that he wasn’t just imagining all this. The dx was ugly.

In February 2009, the appellant received treatment at the VA medical center for his back pain and was diagnosed with “chronic lbp [lower back pain], djd [degenerative joint disease] lumbar, migraine headaches.

Chris decided the battle wasn’t over and refiled to reopen this. The Jackson, Mississippi Puzzle Palace immediately sent him their refusal to reopen. Two things stand out in the claim. The BVA denial clearly shows he was pro se and unrepresented. This implies he reopened the claim without any legal help. Chances are he felt as I did in 1989. If the records and STRs are in your c-file , you shouldn’t have to go to great lengths to prove the injury happened in service. VA’s refusal to reopen was predicated on the old saw- “Hey. You didn’t bring us anything new to look at.” True enough but the wrong legal standard was employed back in 1998 at the outset. This was before the Walker decision that eviscerated 38 CFR 3.303(b) so he should have gotten a shot at it from that angle as well as 3.303(a). In reality, 3.309(a) was the salient regulation overlooked by all but Chris. Groves v. Peake was relatively new and he should have ridden in on the coattails of that (injury in service is the same as now unless VA can discern otherwise).

The last straw in Chris’s mind was when the VA examiner, following another “VA exam”, came to this epiphany. It’s priceless. Somewhere, there must be a Cliff Notes© book for these chowderheads. Nobody could think this stuff up or just stumble upon the cites:

In December 2010, the appellant underwent another VA examination, wherein the examiner diagnosed the appellant with degenerative disc disease of the thoracolumbar spine. The
examiner noted the appellant’s history of back injuries in service but concluded that the appellant’s disability was less likely than not the result of service because medical literature “shows degenerative disc disease as a result of work related cumulative trauma to be a myth,” with the actual relevant factors for etiology being “age, genetics, and intrinsic disc loading (body weight compared with size of disc).” Id. The examiner explained that “[w]hile back sprains or strains involve[] the muscles and ligaments (soft tissues) of the spinal region, spondylosis is a degenerative process involving the disc and ve[r]tebral bodies,” and thus found that the appellant’s current low back condition is less likely than not caused by or the result of the back condition that occurred during active duty.

The reader will note this is the first time Mr. Louderback has been diagnosed with spondylosis. To date, he had carried numerous diagnoses including LBP (lower back pain), herniated disc, degenerative joint disease (DJD), lumbago and spinal degenerative joint disease. Be sure you note this in the “how to argue with VA” techniques. When they go off the reservation with a bogus “diagnosis”, look for a completely different disease process akin to this as the root of the problem. This is one of the oldest tricks in the VA’s three-card Monte game.

Many of us fall down the same rabbit hole on VA claims. It begins when you assume VA is there for you. Not. After you have disabused yourself of  the fallacy of that presumption, the next problem is that many depend on their records as proof of the claim. Again, not.

He stated that he did not actively feel back pain when he was discharged, and assumed the records of injuries during service were self-explanatory. He also stated that he filed his claim for “lower back” because he “figured that would cover it all.“

Always remember Espiritu v. Derwinski.  Miz Jovita Espiritu was the first on record before the CAVC ( then the COVA) to adorn herself with a stethoscope and do the Dr. Kildare imitation. It fell flat. Likewise, why should Mr. Louderback be expected to specialize in orthopaedic medicine? He was the recipient of the injury and merely grasped at words he was familiar with to describe his malady. Poor Bill Clemons ran int this problem too and it took a panel to straighten out that he lacked a doctorate in psychology-and thus was poorly situated in his ability to diagnose his mental illness.

This precedence doesn’t faze the ratings wizards at the Fort Fumbles across our fruited plain. They merely nod, shout “Onward through the fog!” and proceed to employ the same tired technique using the same defective logic to deny. Sadly, VLJ Marjorie Auer’s staff attorney followed suit and top sheeted Chris’ SOC. In virtually the same language, they reread the tea leaves, cast dem bones and arrived at a similar nuanced decision that

“[t]he[v]eteran’s complaints of back pain service were related to muscles and ligaments (soft tissues), and are unrelated to the current [degenerative disc disease], spondylosis, and the [herniated disc] discovered within one year of service following a non-military shipyard injury.” 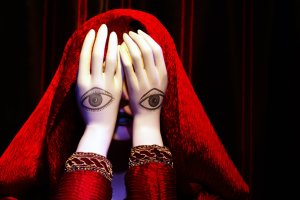 This was almost as predictable as a Hepatitis C appeal. Those all focus on behaviour such as sexual promiscuity (five or more one-night stands in thirty years)-always following service as the cause for the infection. The Vet could have had five cases of  clap documented in his contemporary STRs as “gram positive” and VA would blithely gloss over this to pounce on the post-service events. It must be nice to be prescient and just know that these things are true. You’d think VA would have to pay them exorbitant wages for having such a talent.

The downfall of the logic and the basis for the reversal is actually more nuanced. In their rush to explain that the injury was not service connected, VLJ Auer stepped on the hem of her skirt and did a major legal faceplant.

Arthritis is listed in § 3.309(a) as a chronic disease. The appellant was diagnosed with “djd [degenerative joint disease] lumbar” in February 2009, and “the term osteoarthritis is a synonym of the terms degenerative arthritis and degenerative joint disease.” Greyzck v. West, 12 Vet.App. 288, 291 (1999) (citing STEDMAN’S MEDICAL DICTIONARY 1267 (26th ed. 1995)). The December 2010 examiner also described the appellant’s current disability as “spondylosis . . . a degenerative process involving the disc and ve[r]tebral bodies”  and “spondylosis” is defined as “degenerative spinal changes due to osteoarthritis.” DORLAND’S at 1754. Because multiple pieces of medical evidence indicate that the appellant’s low back syndrome includes osteoarthritis, the Court will reverse the Board’s erroneous finding that the appellant’s disability was not listed under 38 C.F.R. § 3.309(a) and remand the matter for the Board to consider the application of 38 C.F.R. § 3.303(b) and § 3.307(a).

You have to watch that spondylosis or it will come back and bite you on the ass, Marjorie. It also helps to have a working knowledge of 38 CFR if you want to play judge. Here’s the cheat sheet for beating this insanity.

The teaching moment is simple here. When in doubt, pile up all the pertinent regulations that are associated with the claim/appeal and peruse them minutely for application. Discard them only after ascertaining they are inapplicable. VA was in such a rush to manufacture a bulletproof denial they inadvertently committed a clear and unmistakable error. They said he had spondylosis without looking up all the possible definitions of it. Likewise, osteoarthritis and degenerative arthritis. Sadly, this will not be the last time VA’s finest commit this error but  Louderback and Greyzck v. West show you how to avoid the pitfall.

Remember, semantics are not VA’s strong point. They shoot off their mouths and pretend they know it all. When queried in detail, they expound on all manner of irrelevant trivia in a valiant effort to obfuscate. Here, it exploded in their face. I cannot say that Judge Kasold or Davis would have seen it and ruled the same way.  Therein lies the true injustice.

Lastly, a warm thank you to Glen R. Bergman for carrying the water for Mr. Louderback. This was a no brainer but still requires a law dog to navigate the corridors of the CAVC these days. As Glen would have it, he got the luck of the draw with Greenberg, too. That was half the battle in my mind. 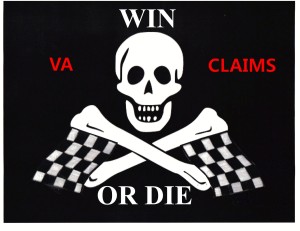