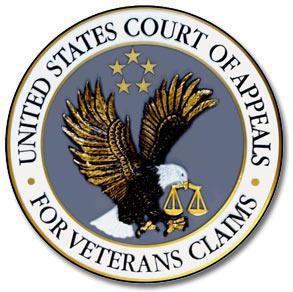 Hoo, boy. You read that and you get the heebie jeebies thinking this is a foray into VR&E ILP Law. Sad to say, we need a good opinion on that subject and none on the horizon except mine in the BVA chute waiting to come out. False alarm. It’s our ages-old VA once again reducing ratings when their focus should be on issuing them. Funny thing is they rarely succeed at this. It’s so predictable, you almost can guarantee you’ll see several a year show up here.

Meet Mr. Jeffrey G. Kinder, a peacetime Vet of the 80s (83-86) who came back several years after that three-year stint and decided to become a lifer in 88.  He got a fistful of medals spanning the two wars of 91 and through 05. He managed to clobber his foot somehow and it was clearly SC. He got the rating smartly accomplished before pulling the plug and VA quickly gave him 30% for the faux left toe and another 10% for scarring. Some of this must have encompassed the pain on excursion but the CAVC decision (14-1434) doesn’t specifically mention a rating for that.

Here’s where Mr. Kinder’s oddysey leaves the realm of credulity and moves into the Twilight zone. The Denver RO issued this rating in March 2005. Barely a year later in February 2006, they had Jeff back in for another C&P. Denver can’t even find the bid records for the new hospital in that time yet they have Jeff back on the exam table.

VA performed additional examinations of Mr. Kinder’s left toe and scar in February 2006. The examiner noted that the left toe had a “successful surgical outcome with some persistent pain and reduced motion.” The examiner noted that there was tenderness with motion and that Mr. Kinder had subjective complaints of pain in the region of the joint, including pain with walking, standing, and activity.  The examiner also indicated that Mr. Kinder was unemployed.  Following this examination, the RO proposed to reduce Mr. Kinder’s disability rating for his left toe to 10% and reduce the rating for his scar to noncompensable. Mr. Kinder expressed his disagreement with this proposal in a May 2006 letter, which indicated that the surgery on his left foot aggravated him so much that he could hardly walk, that he was unemployed, and requested that he be afforded vocational rehabilitation.
The RO implemented the rating reduction in May 2006.

Kinda reminds me of one of those rude, uncouth Cheeze-its. “I can’t hear youuuuu.” And here we depart into Never Never Land and the theatre of the absurd. Having been previously apprised of his (un) employment status and desire to do some retraining a la VR&E, the VA calls him back in yet again for Dog and Pony Show # 3. This time it’s a mere formality to keep all the boxes checked and the process legal.

Granted, he did say the medivac was for his right foot and right leg. The Rater firmly clings to this as Gospel in an attempt to divert attention away from the fact that the left foot/toe issues are still the focus of the problem. This is  also a lovely way of moonwalking semantically saying that had it not been for the right leg issues, he’d still be employed but the suggestion is still that he really has not missed any work except for that pesky medivac. This rater has been to the Baltimore Aspire Academy and obtained his degree in Advanced Tortured English Usage. Here he ably employed it to Mr. Kinder’s rating and then ignored all further evidence- lay or otherwise-to rebut it.

Denver dutifully issued a SOC in December 2007 and the Alex Trebek music welled up in a 30-second loop that would span another six years. In November 2012, the BVA VLJ, Mike Kilcoyne, put the fork in it and affirmed the reduction. Jeff now has seven years into this and his saga is just beginning.

Kinder realized this was going nowhere and wisely headed up to 625 Indiana Ave. for some real justice and thought he had attained it. Feeling extremely confident,  he took a JMR for a remand to straighten it out. The only problem with these types of pseudoremands are that the BVA (and by extension the RO) just gin up a new “what part of ‘no’ don’t you understand, Jeff?”. Kilcoyne once again put his flawed, improper imprimatur on it and they sent it out to steno for typing and mailing. SOSDD (same old shit- different decision). 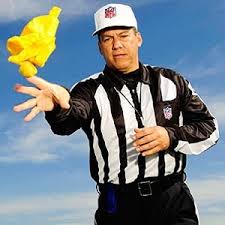 Seems Jeff wasn’t born recently so he headed back to the Big House yet again. The second time was the charm. Considering it came from Judge Moorman, I’m pleasantly surprised, too. The judge wasn’t as entertained on this return visit as the OGC thought he would be. In fact, he threw the yellow flag down and then read them the riot act once again on when and how you giveth- and when and why you can taketh away. It can most easily be seen in action in Schafrath v Derwinski (1991) and Brown v Brown (1993). When you (VA) set out to reduce, the law is almost as strict as calling CUE on your own prior ratings. Not only does the Vet have to have substantially improved, the VA has to show that it’s a) at least as likely as not that the improvement is going to continue and is not merely a temporary flash in the pan; additionally b), you (VA) have ascertained the effects of  any pain in musculoskeletal injuries (Deluca v. Brown (1995)) and take that into consideration.

Part c of this reduction test includes the Brown codicil that VA consider the ‘big picture’ and address how all this affects the actual day-to-day functioning in everyday life. This is where it segues dangerously into that ILP “independence in the activities of everyday living” language. Suddenly the rater is given God-like powers of determination as to what, subjectively, he the rater determines is applicable to the Vet’s abilities to “soldier on”. In Jeff’s case, this was never addressed. The rater focused on anything and everything but his ability to put one foot in front of the other (pun inadvertently inserted but not intended) and make do with what he had.

In the 21st Century, we almost always see the military issue what they consider definitive disability ratings as we transition now from soldier to Vet (MEBs). What we also see more and more of is the propensity of the VA to abrogate what would appear to be the same ratings protocols and promptly reduce that which the Vet was awarded by the service. The VA denial language may differ subtly but the Modus Operandi is identical every time. This is a variation on the Military granting 40% and before you can get to the Denver RO and the rarefied air there, you discover VA shrinkage to 10%. If it were only Denver you could ascribe it to the altitude. One thing is certain and immutable. You can’t hang this one on stoned DROs. Maybe VLJ Kilcoyne has a winter skiing getaway or condo there… 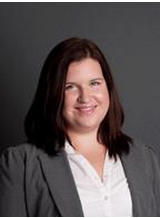 Congratulations to Alexandra Lio for a stunning reversal feather to add to her resume. She hangs her shingle at Bob Chisholm’s Ranch in case you need her. This isn’t her first, nor will it be her last expedition up to the Big House, I’m sure.