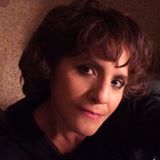 Everything you ever wanted to know about jetguns. How to use them. How to repair them. How to put your foot in the box and pump the foot pedal with blood on the bottom of your shoe. Nurse Sylvia Price sent me the jetgun manual today that will revolutionize our Hep C claims. The manual is now .pdf word searchable. In the “find” window at the top in the center, simply enter the word you are looking for, click on the little arrow to the right and choose “find in next .pdf”. Bingo. Keep on  clicking to see each one.

Thousands of pictures of jetguns being used on recruits and not  one showing the arm of the recipient being firmly grasped whilst being shot. Remember, legally according to Layno v. Brown (1994), a Veteran is competent to testify about that which comes to him or her via their fives senses. You can testify as to whether the jetgun was immediately taken out of action and sent to the autoclave for sterilization when the recruit two ahead of you jerked violently and started bleeding profusely. If they wiped it off and kept on shooting as we know they did, then the next few recruits were tagged with the blood of the bleeding soldier. I went through that with one in each arm on two different occasions for a total of four jetguns shots. I do not recall anyone in front of me bleeding. That cannot be said for most of us.

This manual is useful for all you NOVA lawyers to access to rebut the presumption of regularity of medical practices that the high standards of sanitary inoculations were not followed. Hell, the usage of the gun in thousands of “yearbooks” shows jetguns being used one-handed or at an angle oblique to the skin rather than a perfect 90 degree angle in both vertical and horizontal planes  as demonstrated in the manual.

The manual is damning evidence and worth its weight in gold. Please thank Sylvia every time a Veteran wins with this. The cost was in thousands of Veterans’ lives who lost their claims and have since succumbed to the disease. I have observed Nurse Price over the years and her zeal for this is unparalleled. At one point she was shopping Craigslist for every military “yearbook” showing recruits in Basic getting their baptism by jetgun. She is now the only private owner of one I know. My kind of Nurse. Sylvia and I go back to 2008 and the old Delphi Forums HCVETS page.  I think I kinda helped her get her DIC. My brain fog was a mite thick from that era so I may be wrong.

The important thing to keep in mind is the evidentiary value of this document in a court of law. It sets the metric for what is sanitary and acceptable. No ifs, ands or buts. If protocol is violated, there is no “wipe it off and shoot a couple of blanks to clear the nostril”. Once the blood is on and/or in it, the gun is toast until  properly autoclaved. Since blood was one of the prime memories of most of us who ran the line remember, if the pecker checkers kept using it, then they were doing so illegally and violating sanitary protocol.  Considering most of the guys pulling the trigger were FNG E-2s right out of Pecker checker school, you have a recipe for an unsanitary disaster at six hundred victims per hour and maybe faster according to the manual. Think about that. “One operator, without special training…”

And if all the blood spilled occurred in the vicinity of the gun operator, the higher the probability that he/she stepped in in it and transferred it into the carrying case via the sole of his/her shoe on the pedal. The gun physically comes in contact with the pedal when the case is shut. Sounds about as intelligent as DOW Chemical  developing an herbicide that killed both friend and foe alike. Here’s one doctor’s opinion of all this . In fact, he thinks if you got tagged with one of these you ought to be tested for… duh… HCV. Go figure. 10% of Vets have it versus 1.6% of the general population. 63% more if you are a Vietnam-era Veteran. Who would have thunk it. Certainly not VA. 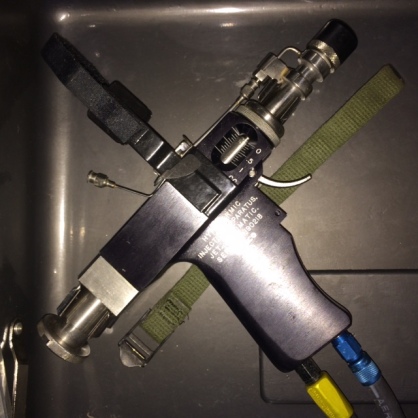