Cupcake was cleaning out her pictures from whichever device held them and ran across these photos. VA personnel (or Fisher House hierarchy) allowed her to stay over far past the normal one-week Squatter Rights at most of the 64 Fisher houses in general. Maybe they just do that when they attempt to murder a Vet and fail. This was home away from home -the Cupcake Command Post- during my 57-day  staycation in ICU clinging to life. No one asked her to move on.  The fact is, she would have brought a tent and a sleeping bag in and camped out in the hallway anyway.

We had friends (Deb and Raypaul )move from  Salt Lick City back here to help take care of LZ Graham. Deb even did the class with Cupcake for administering antibiotic/ saline IVs into my 5-barrel PICC line when I occasionally escaped their clutches in summer 2009. Too many  abdominal cavity infections put me back in again each time until almost Christmas.

Oddly, being the patient, I was destined to never see the inside. Cupcake did intimate that the kitchens and bedrooms were the high-price spread. Pictures solved the problem but I never saw them until three or four days ago.

Allow me to show you just how much the Fisher family loves America’s Veterans. This one is in Seattle but I am told they have 64 currently and there are always more in the chute for building. If I had to choose one charity and forswear all others for life, I would gladly pick Fisher House as the penultimate one. It’s hard to argue with their technique and the more than over 90% of financial ordnance that regularly hits it’s intended victims- us Veterans and our spouses. That’s right. I find it awesome that the guy running gets paid a million a year to do it-which he promptly hands back to Fisher as another donation. Obviously, the Fishers are not starving to death and this endeavor is genuine.

I do not wish to denigrate other charities as all help is certainly welcomed. Veterans, and especially their spouses, of all stripes and all wars often need more attention and more assets due to their peculiar habit of getting hurt.

First, the rest of the entry

These are Subzero refers. I know. It looks like a bunch of stalls in a men’s room. 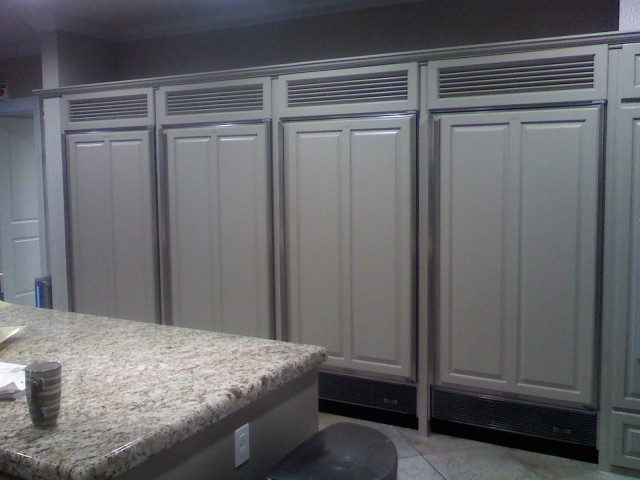 The stairway and banisters 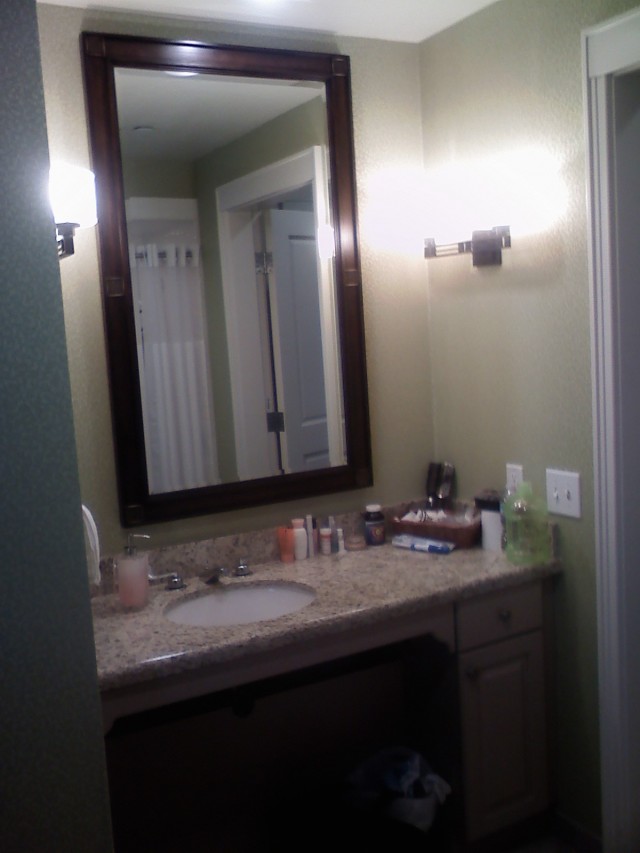 All in all, a top drawer outfit. No corners were cut building these things.