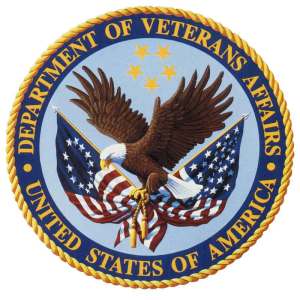 In a never ending cascade of ratings, VA has now bequeathed upon me an additional 40% for cryoglobulinemia and fibromyalgia. As inane as this may sound, I don’t want or need the ratings. It’s not a prerequisite for any more money or a higher SMC. Quite simply, it is typical VA redundancy to the extreme. As the title above suggests, I’m highly overrated. I say this with no fear of retribution or claw backs. If you knew how hard it is for VA to rescind their actions, it would appall you. They would have to CUE themselves or prove fraud on my part. Ain’t gonna happen.

I teach many here on how to accomplish the basics of claims. More nuanced attacks rarely surface unless VA is using subterfuge to fence you out. A classic example of that is the Hepatitis/cirrhosis conundrum. Imagine being in stage 4 liver disease (incipient cirrhosis) from Hepatitis  C (or B). If you file for both, VA will often rate you on both. Rather than look at the predominant disease (Hep C), they will choose to look at the effects of the Hep (cirrhosis) and rate on that as the predominant facet. As we all know, VA vociferously refuses to allow pyramiding which now sets up a contretemps of immense proportions. They cannot, and will not, give you 100% for cirrhosis until you reach the Farah Fawcett stage of incipient death. Meanwhile, due to pyramiding restrictions in §4.14, they are precluded from giving you 100% for the Hep due to the overlap of some similar ratings symptoms language. Many write me to ask how to escape this Bermuda triangle. Obviously, the Hep is the chicken that preceded the egg of cirrhosis. Getting VA to absorb that concept can be a long affair and will eventually require an appeal to the BVA to straighten it out in most cases. This is why I have strongly advocated Vets file only for the HCV even if they are in full-blown cirrhosis. It’s far easier to qualify for the 100% for near-constant debilitating symptoms as envisioned at 100% for HCV (DC 7354) than the 100% for cirrhosis (DC 7312).

In a similar vein, VA was refusing me my SMC S which I legitimately deserved for being “substantially housebound”. My Porphyria Cutanea Tarda or PCT, according to VA, is a secondary of my HCV. I dispute that inasmuch as I began suffering all the symptoms of it while I was still eating Agent Tang for breakfast every morning in 1971. Fact is, I was even coughing up blood. Regardless, VA graciously conceded it was service connected but held back Nehmer status (Agent Orange presumptive). VA artfully underrated me to preclude entitlement to SMC S. This was accomplished by offering 10% for skin and finally 40% for phlebotomies. The disease and phlebotomies combine to create a true 100% disability-one VA is loath to grant. Thus we have engaged in a running gun battle over it for eight years.

In order to overcome this, I filed for cryoglobulinemia and fibromyalgia in  October 2012. My hope was to pick up (at a minimum) an additional 20% to add to my 40% and 10%(tinnitus) giving me the magic extra 60% and SMC S. VA fixed that by ignoring the claim until now. My extraordinary Writ filing forced their hand and they finally had to face the music. Instead, they upped my Porphyria rating to 60%, restored the  illegal claw back of the earlier 10% for my skin (CUE) which was not pyramiding and granted the SMC S all the way back to 1994. This was what I have longed for since I filed my original 1994 claim. My expectation was that it would be a long, bloody battle. I was not disappointed. VA is horribly predictable.

The Extraordinary Writ opened the flood gates that had been closed for 22 years. All of a sudden, everything old and new came to fruition. Yesterday, the Big Brown Envelope arrived bearing the extra 40% needed to combine with the other ratings to qualify for SMC S. In retrospect,  I would gladly have sat down or instructed Law Bob Squarepants to barter with them to reach a modus vivendi to avoid all this needless waste of precious judicial resources.

VA would have you believe no back room trading sessions ever occur and all is above board. I can give you the names of eight attorneys right off the top of my head that could put that argument in the circular file. In fact, the OGC approached LawBob at the CAVC in April 2013 and proffered me my earlier effective date of 1994 if only I could see clear to dropping a puny extra year for tinnitus payments and a CUE claim for an old Air America back injury filed in 1989. I gladly threw in the towel as they were bargaining chips from the outset and peanuts financially. The big money has always been in the 1994 Hep and the PCT claims. I also strongly suspect VA wants to avoid any imperial entanglements regarding Air America personnel filing claims.

Had VA been amenable to a quid pro quo, we could have ended this charade years ago. Being pedantic and pathetic, they refused and insisted on adding another volume to my already legendary 11-volume c-file. All I wanted (and still desire) is a legitimate recognition of what VA’s own doctors admit- that my Porphyria is 100% disabling. Unfortunately, to accomplish that, I am off to to see the wizard again at the BVA. Judge Davis was adamant that the CAVC would not be abused as a shortcut for the appeals process and ordered me to follow the Yellow Brick Road yet again. This will be my fourth trip to 810 Vermin Avenue since 1992 and the third time for this particular item. And then there is the Independent Living Program request for a greenhouse. With the addition of these new ailments, my case for one is even stronger.

Winning 100% for the Porphyria will be a Pyrrhic victory insofar as it will squander scarce judicial resources that could be better accorded to more needy Vets patiently waiting their turn. I apologize for this. My belief is that I am plowing a path for those that follow in hopes they will not be fenced out as I was. SMC S is under-awarded, misunderstood and purposefully ignored until they (VA) are forced by the exigencies of litigation to award it. No Vet should have to suffer this indignity. Begging for what is rightfully mine is beneath me- and all of you, too. As for the ILP request, that, too, is worth the fight for all of you whether you recognize it’s value yet or not.

In sum, VA has done an admirable job of fencing me out-whether by design or animosity- for eight years in the near term and 22 years in the long term over something that was as inevitable as the sun rising this morning. In any case, it was illegal, adversarial and not in accordance with their own regulations. Awarding the cryo/fibro yesterday was simply the last fallout of the Writ and the completion of my pending claims. A viable quid pro quo saving us all time, money and benefiting all would have been tossing the cryo/ fibro on the ash heap and simply acquiescing to a 100% rating for the Porphyria. Apparently, VA could not bring themselves to do this. It shows how intractable the process is and always has been.

The last gunfight will be over something as yet intangible. When I am finally forced to turn in my driver’s license and take the wheel of my new wheelchair, I want the maximum due-a bump up from SMC L (Aid and Attendance 1) to SMC M. For the record, that is $384.72 more per month currently. This will help Cupcake financially in some small measure. VA is willing to wrestle me to the mat over this and consume hundreds of thousands of dollars more to defend the indefensible. And we wonder why it takes aeons to complete our claims.  This case clearly illustrates what is wrong with the system.

Here is how inane the process has become: 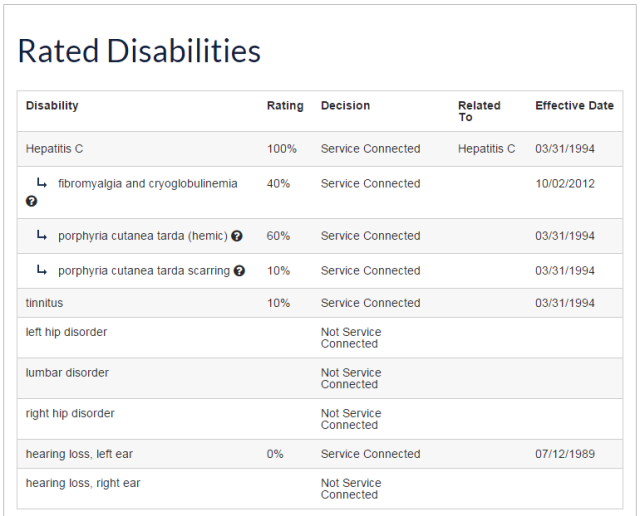 I had hoped to retire from my second calling of VA claims adjudications. After all, I’ve been engaged in this for over two decades. After the BVA weighs in and grants the inevitable 100%, we will then begin the fight for equitable relief caused by the hardships of waiting over 20 years for VA to award that which they freely admit they owed all along. Let this be your reason to never stumble or give up in the pursuit of your VA claims. If you are justified, you will prevail. If you stay the course, you will receive your justice. Do not expect VA to meet you half way or be gracious. There will never be an apology or recognition of their errors. You’re dealing with an insurance company who hates to pay out claims. Oddly, it’s not even their money and certainly doesn’t affect their bottom line in the least which makes their actions all the more incomprehensible-and reprehensible.

Onward through the fog, ladies and gentlemen. Stay tuned for the next exciting installment(s) at the BVA coming soon. I have my VA 8s now for the ILP greenhouse as well as the PCT battle and that’s a start. I suppose in the interest of judicial economy they will bifurcate the two decisions and consume even more money and time. They sure wouldn’t want to change their Modus Operandi now and confuse me. Perish the thought. 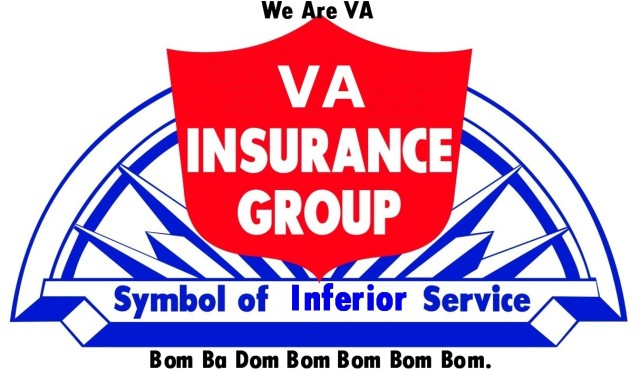