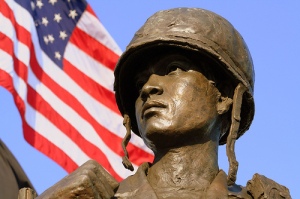 I received an interesting email yesterday (Monday) from a fellow (Hank R.) who feels we (Veterans advocates) are in some way “coaching” our brethren  on how to best answer the DBQs (Disability Benefits Questionnaires)and VA psychiatrists/Doctors. The implicit suggestion was that we also game the C&P exams.

We at asknod do not subscribe to the practice nor would we ever. I suppose that someone has already come out with a Cliff Notes pamphlet on how to ace the bent brain tests by now, or any and all the other ailments. In this day and age with the Internet, it would almost be expected.

I wrote my book on VA claims to help Vets out but I never ever advocated dishonesty or shading the truth in spite of the hell VA puts us through. Our moral compass must always be far more sterling than theirs.

Getting back to Mr. Hank, the tenor of his email was very clear. He holds that the VA compensation and pension plans are far too lenient and almost beg to be abused. Hank also feels that those among us injured in the service of our country knew full well of the risks before we signed on the line. Ergo any injuries sustained in the military profession are just part of a remuneration scheme and should be covered by VA medical personnel. In a nutshell, free medical for the ailment for life should be compensation enough.

While I strongly hew to the idea that each and every one of us Americans is entitled to his or her opinion, I expect it may be difficult for Hank to understand the sacrifices we endure when we give up McDonald’s for MREs or c-rations left over from an earlier war. I felt it was a sacrifice to have to give up many creature comforts when the draft gong rang out #39 in 1969. I felt it was a sacrifice to trade in a sure college education for an M-79. Admittedly, I did have a killer tan after two years in country but that didn’t improve the bottom line on a resume.

For those who have never heard the siren call of war, military service might be perceived like an extended Boy Scout Jamboree. Experience changes any perception. I don’t expect Mr. Hank to change his conception of our 3 or 4 -year paid vacations to far-flung countries around the world. I doubt he will ever feel that Pucker Factor of being shot at. I’m glad he’ll never have to experience it. It’s not something one wishes on any other.

But by the same token, Mr. Hank, remember when we signed up that Uncle Sam made some very explicit promises. One was if we ended up missing any of those 2000 body parts we were born with that we would be remunerated. A bent brain certainly falls into that category. Not quite seven percent of us hold the unique distinction of having served our country. Of that number slightly less than 3 percent are paid compensation for missing/damaged parts. That’s an infinitesimal number when expressed in the context of 500 million Americans safe at home posting on Facebook. Few of us ask for more than what is due yet we have to fight to get any of it. My personal fight has taken twenty two years and I now find myself back at the Board of Veterans Appeals because VA still thinks I’m asking for too much.

In my opinion, America opens up its heart to Veterans. Perhaps not as much as they give to the ASPCA  but what the hey. We receive what most consider a pittance in compensation even when completely disabled. We’re far below the poverty line in most cases and the irony is most of us are too proud to ask for our due. To add insult to injury, we aren’t even allowed legal representation in our pursuit of these entitlements until we lose the first time.  With $3K a month at stake, it makes a fellow want to plumb run out and enlist immediately, huh?

P.S. I emailed this back to Hank in the off-chance he might not come back to read about how we swindle Americans out of their taxpayer dollars.

13 Responses to PTSD–TEACHING TO THE TEST