Successful Extraordinary Writs are like Boo Radley. Their existence is hypothesized like a Muon particle in negative space and perhaps even discussed at Leagle Beagle Happy Hours but the success rate can almost be counted on one hand in VAland.  If you thought CUE (Clear and Unmistakable Error ) claims were a bitch, you haven’t even gotten writer’s cramp yet.

The Court limits your bitch to twenty pages but most can accomplish it in two or three. Here are several examples of two things. The first is the horribly adversarial bent of Judge Hagel in all but kissing the Office of General Counsel’s Amy F. Gordon sent up to 625 Wagonburner Lane NW for this exercise in futility. The second, by Judge Kasold, is equally “non-veteran friendly” and dismisses the three and one half year delay with a wave of the hand. Much like Pontius Pilate, the matter is no longer in his bailiwick as the BVA has finally been forced to act or be held in contempt. Let’s take a peek at justice at it’s worst.

We realize that when we go off the VA reservation and enter the Court of Appeals for Veterans Claims, we are no longer accorded all the niceties we enjoy at  our Rancho Victor Alphas and the Board of Veterans Appeals. Our claims rise and fall on what has accrued in the c-file and no more can be added. An Extraordinary Writ, however, is a bird of a different feather. You can dump equal parts of odd,  old and new material in to your heart’s delight and the CAVC is obligated to weight it in the first instance. This is a unique facet that many overlook-including our Mr. Ronald Davis. Judge Kasold is quick to cut him to the bone and accuse him of either lying or failing to provide even a glimmer of proof that his contentions have merit.

Mr. Kenneth W. Chaky suffers a slightly different path to denial. A bit of history. The Kenster filed a CUE claim at the BVA way back in history in June 2011. They acknowledged receipt of his claim in July 2011 and there it sat. Krazy Kasold was blatant and listed Chandler v. Brown to cite what delay is in Mr. Davis’ Writ above and it certainly applies here. Chandler stood for the proposition that two and a half years  wasn’t unreasonable and consistent with an “acceptable delay”. We presume that means thirty months is the outside edge of polite neglect. Mr. Chakey’s lay mouldering in the basement for three years and five months until he inflated his trusted Zodiac USS Pro Se and set sail up the Potomac River. Miraculously, at the same time, in the same time zone, his zombie CUE claim rose from the dead and began it’s rocket docket ascent to the front office under the expert tutelage of Laura “SS” Eskinazi. When the OGC speaks, the BVA listens.

Here’s a glance at the timeline of Chaky’s filing. It explains everything.

Dec. 18, 2014– BVA promptly begins the repair order and sends the Kenmeister a letter telling him he “is now free to resubmit” his CUE motion which is Lauraspeak for “We lost it”.

No flies on Amy and Leigh Bradley. No siree Bob.

Feb. 3, 2015– Hagel pronounces Extreme Unction and the Writ is denied. What the hey? The BVA and OGC graciously complied once prompted to. All’s well that ends well. Next?

Because it appears that VA is now actively processing Mr. Chaky’s motion, the Court concludes that Mr. Chaky has failed to demonstrate that the alleged delay is so extraordinary that it amounts to the Secretary’s arbitrary refusal to act, and will therefore deny Mr. Chaky’s petition. 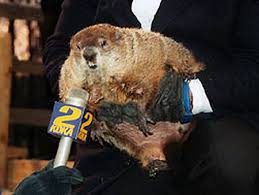 But for the Writ, Ken would still be counting those six more weeks of Winter hypothesized by Punxsutawney Phil. Perhaps more. This constituted an arbitrary refusal to act a la Chandler so why is it suddenly given a bye under the Hagel Doctrine? In short, Mr. Chaky’s docket was ignored for an interminable time. In BVA vernacular, “misplaced” is akin to forgetting where you parked your car at Walmart for 41 months. Once asked, the Security personnel found it in short order and all is forgiven. Walmart magnanimously agrees it  won’t charge you parking fees for that time but hey-you have thirty days to get it towed. Pronto, Ken. Time is of the essence here.

Judge Kasold is even more abrupt. Ronnie shows up and has a gripe. He wants this over as we all do and he feels he’s waited long enough. He’s pestered the RO and they won’t even respond. Filing the Writ is obviously something someone probably ventured as a repair order after thirty fingers of Jack Daniels at the VFW bar.

The coup d’ grace is quite the riposte:

He states that he has contacted the regional office (RO) several times with no response, but he did not provide copies of any such correspondence or evidence of attempted contact; he does not even state whether the contacts were made before or after the March 2013 [C&P] examination.

A more caring Judge might be inclined to ask Mr. Davis if he could (and would) kindly supplement the record with some documentation backing up these insinuations. Seems like a neighborly thing to do.

For example, he has not provided documentation of contact with the RO or even stated whether he has attempted to contact the RO since the March 2013 examination. Even accepting his statements of contact and assuming they were made after the March 2013 examination, he has not indicated any effort to secure assistance from superior VA officials, such as the Under Secretary for Benefits or the Secretary. 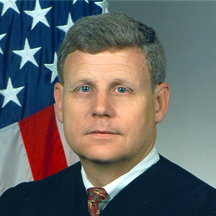 It appears Brutal Bruce has been reading our “Call me Bob” posts. He now just assumes we’re going to parlay our futile entreaties at the Regional Venues into personal calls and emails to Bob and Alice(son). Pretty soon, this  type of intervention directly to the senior executive service will become de rigeur and VA will publish the contact info. This is a new personal best for Bruce. What? “You haven’t touched bases with Bob yet? Writ denied! Next?”

The teaching moment is simple. Make sure the seat belts are fastened and you have GPS route guidance before pushing print. Messieurs Davis and Chaky just got punked and they probably still don’t know what hit them. Fortunately they didn’t have to pay $50 dollars to get their tickets punched or it would have really stung. Writs are like bottle rockets. You know they’ll go off but in which direction?