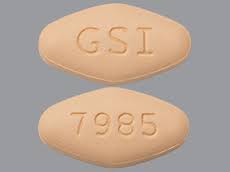 Just in time for the almost-gone  stage 4 (Metavir) Heppers of my era, the VA is apparently snapping up Harvoni at $867 a pill. That’s down from the official price charged Multicare and Franciscan of $1187.00 each. The best news is everyone’s making it to the far shore (remission or SVR). In the latest trial results of 1A and 1B, Harvoni licked the plate. One fell out of the 20 in the first study to autoimmune issues. The second group of 20 lost none.

In what was always a harsh, debilitating battle against 1A and 1B, Heppers with it had to run the gauntlet with the hope, at best, of a 39% success rate using Interferon and Ribavirin. Nevertheless, VA doctors would tell you it was in the high 60s. Some went through the process again with no better results. Another  member here did it three times  with no luck. What was sad was that they just wanted to use him as a medical yardstick. No doctor in his right mind would keep repeating a failed attempt with the same tools over and over. VA would, though.

Up to the beginning of these new combo pills,  VA doctors were still pounding the pavement looking for more victims. The Victrelis 3-drug combo only brought the Geno 1s up into what VA and others had been promising all along.

We’ve always known that the Genotype 1s were the guys who rarely pulled out and rare as hens’ teeth in the win column. With Harvoni, the odds have swung 180% in your favor and the Geno 2s and 3s are not having as great a success. In the early days of the hep battle, they were the easiest to kill using the bug juice and riba.

With the vast array of ammunition now out there, it only remains to be seen who will buy what for how much. The drug I took was solely Sofosbuvir , yet the early trials in 2011 began with a combination that included Daclatasvir. These trials in just 12 weeks were hitting in the mid- 90% for a cure. Some included Ribavirin and some didn’t. The problem with transposing that into Harvoni was  due to Gilead Science’ not owning Daclatasvir. Unwilling to share the profit, Gilead instead put Sovaldi on the market as a single protease inhibitor and suggested getting the bug juice out of the basement again. What the hell. VA had bought a trainload of the triple drug combo. This was a golden opportunity to use some of it up.

It appears VA was more reserved this time out and didn’t start writing scrips for Sovaldi unless the Vet agreed to Interferon as a side dish. The doggy bone line was “Mr. Vet, we’re talking 12 weeks of flu-like symptoms here. That’s a whole lot less than the old, grueling  52 week regimen. Besides, this time we guarantee it will work.”

Well wonders of wonders. I already told you about one of our guys in Texas starting it but I got two emails today saying Denver is prescribing it as well as  Little Rock’s VAMC.  This shows a real sea change in thinking. The painful financial picture is clear. Pay now or pay later. If VA let HCVets go down the tube, the cost of a liver transplant far exceeds the cost of 12 weeks of Harvoni. Additionally, the VA raters get to open the book again and claim you are Lazarus- ergo no more compensation.

VA would never pencil in the human-Veteran argument when examining costs for Harvoni or Sovaldi. To do so might endanger their bonuses. If you just assume altruism and a positive outcome mentality would never enter into the equation, then the ulterior motive has to be a financial windfall from all those reduced ratings. The last thing in the world VA needs right now is to withhold anything from Veterans- including life-saving drugs.

So there you go.Time to saddle up and sashay on over to the VAMC ranch. Insist on brand name Harvoni for that Geno 1. Abbvie’s product is trying to glue two protease inhibitors into a two-pill a day regimen. Merck hasn’t finalized theirs and completed trials but the FDA gave them a bye on it.

Wouldn’t that be a hoot if they eradicated HCV or at least developed an immunization protocol like polio?

20 Responses to VHA– HARVONI HAS ARRIVED