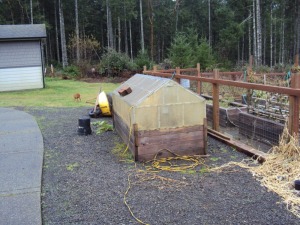 Another Thanksgiving living in a one-room  non-ADA 4X8 greenhouse while some fine fellow or gal in charge of  VA’s VR&E is getting bonuses for denying us. Brother Mac on the East Coast is starting to feel the chill showing up in the most current ILP statistics at Fort Fumble in Atlanta as well.

We are well aware of a gradual erosion over a decade of a program (Independent Living) designed to facilitate normal life such as it can be now, for disabled Veterans. With the gradual barbed wire fencing of OGC Precedential opinions and VA gerrymandering, we’ve gradually been corralled outside the Promised Land. Much like the insidious nature of gun control, each individual stricture seemed innocuous enough to pass muster. A death by a thousand small cuts is still a death by definition. Each and every revision gradually diminishes the true prerogative envisioned and enshrined in 38 USC §3120.

Each small additional rule such as we now have to prove we need X item rather than a simple request means we almost are forced to hire our own Licensed Vocational Counselor to write a nexus letter proving the need. I just did and even then the gal was mortally terrified VA might harm her fledgling business by badmouthing her. I had hoped she would have had more stamina. She sure acted tough and knowledgeable about what I needed and what to write until the end. Then the  ” I can’t write that! I haven’t studied you long enough or visited your property.” excuse reared its head. $120 out of pocket for a mealy-mouthed say nothing assessment of whether I need a greenhouse to occupy my senior years and protect myself from the elements.

Of major concern are the new VA statistics below showing the same flat, static, VA disabled population in spite of the longest war on record. In addition, the ILP statistics show an alarming drop annually in those who require assistance under the ILP. Considering the program has a strict entrance requirement of “severely disabled” coupled with a maximum yearly participation of 2,700 Veterans, we would think every slot would be not only filled but hotly contested. Imagine having a lottery for up to a $65,000 bag of goodies and you couldn’t attract more than 1,544 souls to fill out a free shot at it. I don’t buy it. It says 3,743,248 of us are disabled. It further narrows that down to 395,220 of us who are 100% permanent and total and an additional 317,973 who are TDIU. That boils down to 713,000 plus Veterans who are probably entitled to a piece of this pie who are either abstaining or do not need the freebies.

FY 2013 Compensation and Pension by State

FY 2014 Compensation and Pension by State

Please consult the widget here to see historical records for previous years and how the static nature of VA compensation numbers become inconceivable. How can you have a war and whack 3,000 Americans with about 300,000 missing some appendages and paint and somehow keep your compensation tables flat and level? We’re talking VA here, people.

Each year VA screams for more money to help the increasing number of Veterans and their medical needs. Included in this is the compensation side of the ledger. Simply put, more war equals more collateral damage and GI Joe and Jane coming back with more dings and dents. Yet the tables indicate the simple truth that X Vet has to die to allow Y Vet to take his place for a net gain of zero Vets. Where, then does the annual increase in largesse go? Where indeed?

Each year, we see the swollen belly of VA extend. More and more administrators with more and more bean counters. Statisticians for this and statistics for that. A grand poobah supervisor to supervise the sub supervisors. More tech people. More computers that don’t interface with the existing ones. More tech guys to fix it. More VBMS programs, Haiku interpretive classes, Kaizen training, Six Sigma seminars to teach “togetherness”. Human Resources getaways to interface with the Karaoke machines in Orlando. More. More. More. But strangely, no more additional disabled Veterans in the equation. 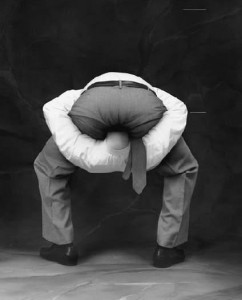 I once had an accountant that promised he could make an elephant disappear right up it’s own derriere. You don’t reckon he got a job at VA VR&E in DC, do you? Just kidding.

2 Responses to ILP–IT’S ANOTHER TEQUILA SUNRISE