THE SOVALDI SLIP AND SLIDE

I got a call yesterday from member Randy saying he’d been kicked out of the “program” at the Denver VAMC for non-compliance. Apparently he missed taking four doses of his Sovaldi over a month or so and had a relapse. Before you say “Well, duh. What did he expect?” let’s parse this more thoroughly. Member Mark also augered in last month due to the insidious side effects of Stage 4, depression and our favorite nutritious supplement Ribavirin.

We are in the early stages of being able to slay the dragon and it is expected that some are going to win and some lose. We just didn’t expect to have several of our members bite the dust. Sovaldi has had miraculous reviews both with Ribavirin on the 24 week regimen as well as the dreaded rerun of doing Interferon/Riba/ Sovaldi on a 12 week basis. I pity the few who went down that road as I consider Interferon useful for killing or maiming people and little else. Ribavirin is right down there in the same category or worse- a useless adjunct thrown in to the mix as a way to get rid of it before the bottom falls out of the market for it.

Randy’s predicament is not unique. Everyone of us stationed at Camp HCV knows the insidious effects of the disease on our brains-either directly from the Interferon poison they fed us to the actual debility that eventually ensues from cirrhosis. Quite simply, ammonia builds up in our systems and causes brain fog. Doctors call this cognitive disfunction. Call it what you will but it sneaks up on you. Randy just had a brain fart and suddenly discovered he had too many pills and not enough days left. Shit happens.

I had the misfortune several weeks ago to discover I had inadvertently eaten two one morning when I couldn’t remember whether I had eaten the first one. This left me in a) a panic and b) one pill short of a load. Fortunately for me, I was able to run over to Mark’s house and grab his leftover Sovaldi to get back on track. In construction, it is a tried and true axiom that nothing is a f___up until you can’t fix it. Thank you, Mark for saving my bacon.

Sovaldi in combination with some of the old crap may have been the early panacea to our disease but the newest one in the pipeline is going to be less of a problem. Sovaldi is an NS5A protease inhibitor. Please note the “A” after the 5. The new Gilead product adds a similar but subtly different protease inhibitor called NS5B. Added together, the combination approaches a 99% cure rate as the early testing of Sovaldi and Daclatasvir did. Unfortunately, Gilead refused to collaborate with Bristol-Myers Squibb, who owned the Daclatasvir patent. Instead, they went out on their own and spent a year creating Ledipasvir-the NS5B inhibitor I mentioned above. This is a win-win for us because Daclatasvir was a NS5A inhibitor rather than  the newer B class.

Randy and Mark should take heart that they are not up shit creek. The combo with Ledipasvir is coming out later this fall and from all the literature I’ve read, it’s damn near bulletproof where the Sovaldi was not. 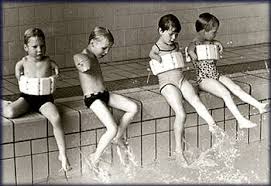 Any new product will have some flaws and we expect it in the medical field. Who could have foreseen the birth defects of Thalidomide in the sixties? Well, if they’d been more careful and done more testing, I’m sure they could have related the lack of arms or legs in the test mice to it sooner or later but the Germans are renowned for being optimists and far thinkers. So too Sovaldi. In it’s early testing, the scientists were still stuck on stupid and had trainloads of Interferon and Ribavirin they were desperate to be rid of.  It probably seemed natural to blend them all in together. That’s a problem with scientists. If even one guy survived the Interferon treatment and was cured, they were hell-bent on using it on all of us. It didn’t seem to matter if we came down with raging cases of thyroid cancer or went blind. We were cured and that was the desired result. Unfortunately, they still think like this. Sometime in the near future I can see the chuckleheads trying to trot out Interferon as the new miracle cure for Ebola. Don’t laugh. They tried it on cancer, HIV and HCV in that order for over half a century and succeeded in killing and maiming untold thousands of us in a desperate bid to prove it was the magic drug.

As we move into the twenty first century and out of the dark ages, Hepatitis C will become a curio. On the rare occasion when it pops up in the future, it will be viewed like rabies. Instead of a simple series of shots over twenty eight days, HCV-infected souls will undergo a painless 12 week (or less) course of improved Sovaldi II with Ledipasvir and that will be the end of it. I suppose there may be a handful of non-responders but I am also willing to bet that, too,  will become an anomaly within a decade or less.

Randy and Mark should be glad they survived the dragon all these years and will have not one but two shots at the new, improved products coming on line. As for me? I’m keeping my fingers crossed that I am still cured. VA apparently was doing viral load tests on Randy every two weeks while he was in treatment. Medicare is not so generous. I’ve had two tests to measure it to date and am now in a virtual viral panic hoping I can induce my minder to give me another when I meet with her next week. I’m on Day 96 of 168 this morning.

For those of you who have heart problems, I have some really good news. As I descended into cirrhosis, I noticed a gradual decline in the amount of Warfarin (or Coumadin) needed to sustain an INR of 2.0 to 2.3- the preferred range of blood viscosity. I was down to 1 mg. per day when I began Sovaldi in June. It wasn’t long before my INR results began to plummet. Each two-week visit for a blood test revealed a sinking number that couldn’t be explained by spinach or too many greens (Vitamin K). Each time, the pharmacist increased my dosage to no avail. I have crept up to 1.5 mg every other day and still have not plateaued back above 2.0. The reason is now glaringly obvious. Clotting factor is manufactured in-guess where- the liver. As our livers heal from decades of disease, they regenerate. The liver is the only organ with this chameleon-like capability that does so. As the Hepatitis C subsides and the liver regenerates, the ability to produce clotting factor climbs dramatically.

The bottom line here is to relax if you’ve bellied up on any of the old or new treatment programs. There are a wide mix of them out there right now and all are having spotty results. Sovladi and Olysio seems to be big back east whereas the Sovaldi/Riba is more common on the left coast. One problem with Olysio (Simeprevir) is that it was the early incarnation of the protease inhibitors (NS3A and NS4A)) and is not nearly as effective as Ledipasvir.

For any of you who own stock in Genentech, it may be time to unload it. I don’t see any future in Interferon. The same may be true for Ribavirin (Schering Plough) and Incivek (Vertex Pharmaceuticals). I’d like to see who VA unloads all theirs on. Remember they bought trainloads in 2012 of the triple drug combo called Victrelis which was a compendium of Interferon, Ribavirin and Incivek. All three are now considered as being in the same league as Thalidomide and you probably need an EPA permit to burn it. I vote we use it to pay bonuses to all the VISN Poohbahs who got big bonuses by screwing Vets out of medical appointments.

12 Responses to THE SOVALDI SLIP AND SLIDE