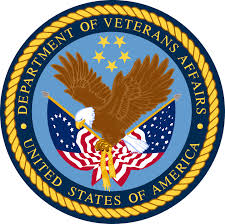 This is a great decision with enormous parameters. It illustrates many things that are judicially useful. To begin with, it is a jetgun-based claim and, as such, is of immense interest to the Veteran population who served between 1962 and 1998. It is more than that, though. It is primer for VA claimants’ rainmakers to look at to see the pitfalls of the VA claims process. Here, the VA set out to deny Johnny Vet using a contracted VA-hired psychiatrist as the gunman. Without being too verbose, allow me to say it backfired. Read on.

From the Fort Fumble VARO

As we know, you can ascertain many things from a BVA decision. Let’s analyze some of them here. Johnbo is from Denver or at least he filed there. He filed sometime in 2005 and lost initially in December of that year. He only served from May 24, 1976 to June 18th, 1976-a mere twenty four days. I suspect this may be part of his problem. VA is loathe to grant SC for claimants who are barely out of the Ping stage of their basic training. To be short sheeted, he must have had ‘issues’ which are strangely absent.

Johnboy fought this through to 2012 where he was finally granted a videoconference BVA Board Hearing with our perennial Acting Veterans Law Judge (VLJ) A.C. Mackenzie, a staff attorney at the BVA who appears to have been in training for their big banana position for over nine years. He’s been there since 2005 and occasionally sits in as an acting VLJ. As such, he strives to get these decisions anally correct even if it causes friction with his boss, Laura “SS” Eskinazi.

One thing VA is prohibited from doing is purposefully going afield and looking up nasty, negative evidence that can be used to denigrate your good name, eviscerate your credibility and utilized to deny you. It could be the Johnster has (or had) a nasty habit of ingesting illicit drugs. Regardless, if you set out to prove this, you (the VA) must be without sin. You are limited to evidence accumulated legitimately at, say, the VAMC from existing records. If Johnny got diarrhea of the mouth at one time or another and admitted to clinicians that he single-handedly tried to consume Burma’s entire 1985 production of their most famous export (opium), that would certainly be admissible in an ex parte proceeding. If he went further and illuminated all that this became a life calling as early as 18, all well and fine. It would not be permissible to fetch an old 1998 Psychiatrist’s report that stated he had this nasty habit since 18 and entered service with it if-a big if- it had been fenced off as being an illegitimate fishing expedition. Many of you are naive and do not subscribe to the idea of VA as an adversary. It is one of the most oft-employed tactics used in your denials. All too frequently, it is subtle like impugning your credibility. Sometimes it manifests as outright lies and accusations to buttress the denial. If you have not yet encountered it, you will some day.

Even before HIPPA rules became the law of the land, it was unfashionable to be sharing a patient’s information behind his back without his permission. Fortunately for Johnny, he had an excellent rapport with his ex-wife attorney. She, in turn, went to bat all the way up to the Fed. Circus and squelched a nasty report from “Doctor G.” effectively forbidding its use as negative evidence in the claim.

Prior to this, a VA examiner with the vapors who hadn’t been adequately briefed on VA’s policy on jetgun claims, had inadvertently concurred with him that his HCV was indubitably due to jetguns. This creates a bow wave in front of your claim and causes all manner of confusion. Said VA examiner had to be taken aside and given “the briefing” and a new addendum had to be added to the record “correcting” the old nexus assessment. Oddly, virtually all VA-requested addendums come back  against Veterans. Johnny’s was no different.

Note also that the initial denial was in December 2006. Further note that they played ping pong with him all the way to 2009 and accused him of being a drug dealer.

Following a review of the claims file, to include a February 2009 pain management note by Dr. R with comment on issue with drug abuse resulting in financial gain…

In 2012, they finally gave him a real C&P exam. This is where he obtained the first (and only) positive nexus. It is also what provoked the Board to start rummaging around in his files for something-anything- to destroy the recent, positive nexus. Being ruthless, it wasn’t long before they began resorting to illegally garnering medical information on which to predicate the denial.

Johnbo’s ex-wife stepped in and pointed out this was illegal in the lower forty eight states which caused the evidence to be redacted. That, quite simply, is how he won. The default setting in these cases is unique. Evidence is what ultimately must decide a claim. If you remove the negative facts obtained illegitimately, you are left with little to convict with. Witness O.J. Simpson’s gloves. He might have been guilty too but you have to arrive there with legitimately acquired evidence- not hearsay and innuendo.

Make no mistake about it. Where there’s smoke there’s fire. I strongly suspect that based on the Johnmeister’s short sojourn of twenty four days in boot camp that some negative evidence was uncovered preventing him from ‘Being all he could be’. Perhaps he had ‘negative life events’ that precluded serving. Who knows? This evidence was never presented from his SMRs so it’s a moot point. VA obviously thought they had this in the bag based on Dr. G’s damning recital and any further development was superfluous. It’s fairly obvious he and the ex went to great lengths judicially to have Doctor G.’s breach of medical records decorum quashed and expunged from the record. That may be what ensued during the claims hiatus from 2006 to 2012.

In May 2013, the Veteran submitted additional evidence in support of his claim, to include a statement from SMB an August 2006 federal court order that sealed the October 1998 report of psychological evaluation authored by Dr. G with notation of history of opioid drug abuse dating since the Veteran was 18. SMB is the Veteran’s ex-wife and private attorney who represented him in past VA and non VA matters. Of relevance in this case is that she represented the Veteran during federal and civil litigation against Dr. G. The federal litigation pertained to whether Dr. G violated the Veteran’s privacy when he disseminated his October 1998 report of psychiatric evaluation to the Veteran’s treatment providers and agencies from which he was seeking assistance without authorization of the Veteran and Dr. G’s claimed immunity as a government contractor. The civil litigation against Dr. G pertained to alleged defamatory and libelous statements and conclusions made by Dr. G in his October 1998 report, to include allegedly false statements and conclusions pertaining to the Veteran’s alleged history of opioid abuse since age 18. The accompanying August 2006 federal court order sealed all records referring to, derived from, or pertaining to Dr. G’s October 1998 report of psychological evaluation and prohibited dissemination of it. 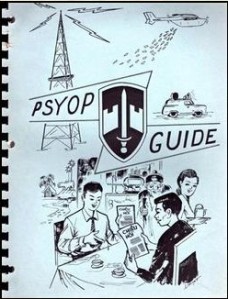 On its face, this appears to be using a machine gun to kill a mouse. Getting a Federal Court order to seal records in a VA claim is overkill unless you stand to make a short ton of money. In retrospect, I’m glad to see this even if JohnnyVet is a raging junkie. The VA has no business developing negative evidence, or worse, introducing it when it has been sealed. It just illustrates the belief (mine) that VA will stop at nothing to deny claims. They are renowned for their judicial antics and when called to task, shrug their shoulders and Chieu Hoi.  A week later, they begin anew where they left off as if the teaching moment never transpired.

Add this to your list of tips and tricks to review after a denial. Criminal Background Investigations (CBIs) can be had for a song and a dance. You can subscribe to an agency who performs these for as little as $10.00 a year. VA probably gets a fleet rate with 57 VAROs. Considering VA denies 85% of our claims, it can be assumed they assiduously pursue the most difficult with any means necessary to obtain the desired end.

And lastly, the “what if”? When faced with this brand of tarring and feathering, I am the type who would squander time and energy developing a case against a VA examiner. What would prevent Veterans from hiring a private eye to collect negative info on a VA employee? Why not do a CBI on one? If you uncovered a domestic violence offense in their records, could that not be said to impair impartiality? 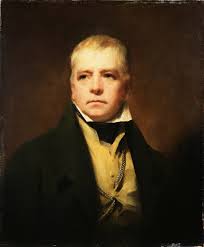 Oh what a tangled web we weave
When first we practice to deceive. – Sir Walter Scott (Marmion, 1808)