Yeppers. You read that correctly. For over a decade, I’ve tried to hornswoggle that German domain squatter into coughing up asknod.com. He finally relented after an extended bargaining session. I’ll tell you he drove a hard bargain. GoDaddy© locked it in yesterday. Cupcake says I have to tune up my landing page and make ask nod one word up on the header logo. We’ll be working on that here directly. It may seem inconsequential but we always ran the risk of someone else grabbing the site and stealing my readership or diverting them to another place. 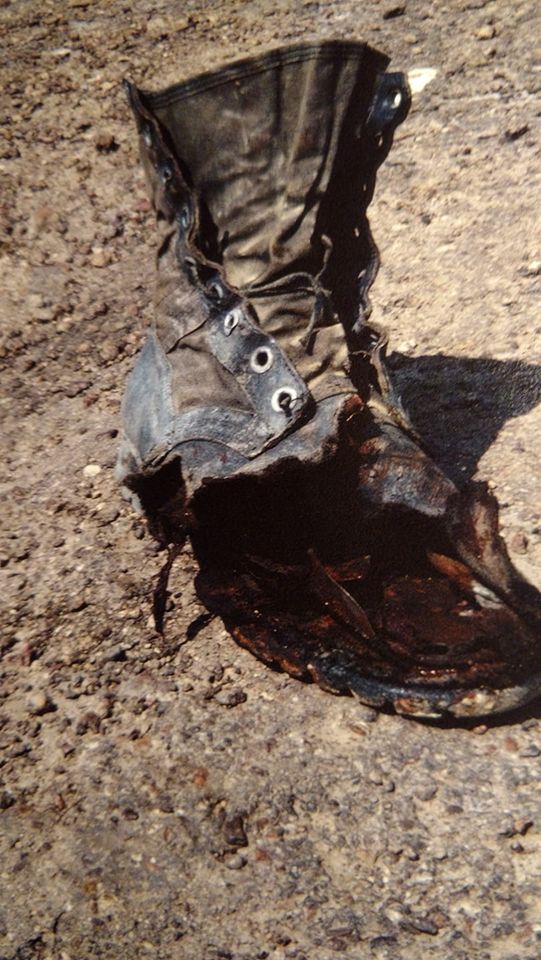 I was talking to a VA gal on the BVA’s help line (800) 923-8387) the other day and all of a sudden out of the blue she says “Wait a minute. Did you say you’re Alex Graham?” I said yeah. She came back with “The POA says Gordon Graham on it, sir.” I said Roger that. I go by my middle name of Alex. She pauses for about 5 seconds and asks if I’m “the Alex Graham” who does radio shows on Exposed Vet. I confirmed it and she says “Shut the front door. I can’t believe I’m talking to you. You are famous, mister.” I disagree. I prefer to be no more than the ‘A’ in ICARE. Famous people, to me are the 59,494 folks on a long black wall in Washington, D.C. I don’t do parades and I dang sure am not famous. 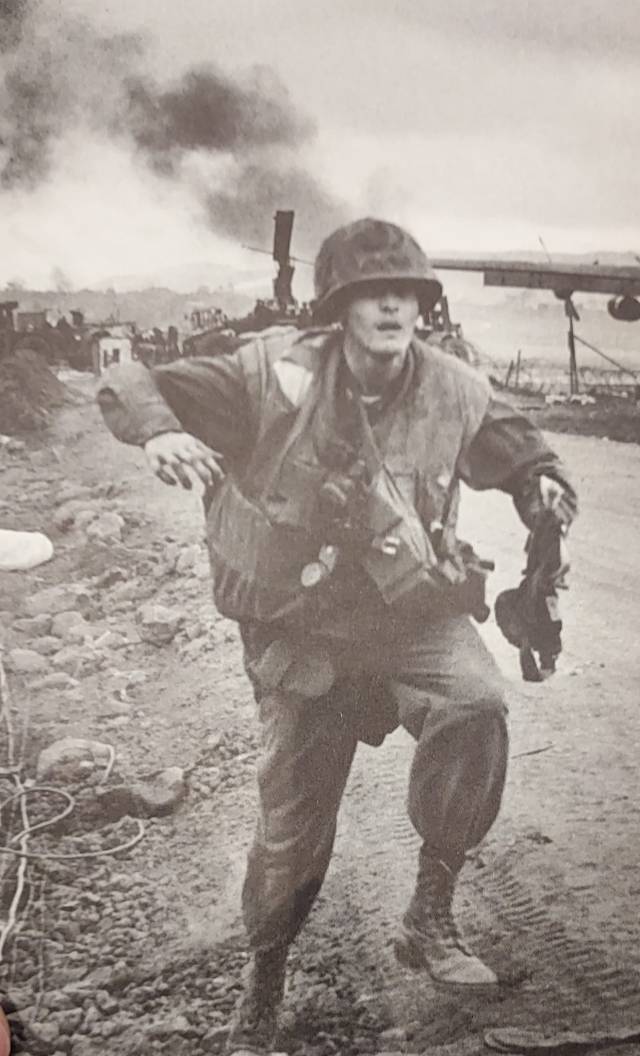 As any of you who know me can testify, I’m mindlessly driven to win my Vets’ claims-within the confines of the law, mind you. No cheating. No stretching the truth. I’ve been hoodwinked a few times by Vets trying to do nefarious things and I freely admit it. I’ve dumped each one and dutifully notified the VA  in each case. My congressman even handed me one back in 2018. Turns out, the Vet had two 214s and the second one was OTH and pretty much sandbagged his chances of winning anything at VA. I’d allow as he might have disremembered the second 214 with the problem. VA didn’t, however.

When I began the website with help from Patricia Lupole of HCVets.com fame, it was a sideshow to help dying Vets with HCV get a win. I’d just won using the Caluza triangle method we all know now. It was nouveau knowledge back in 2008, however. Everybody was caught up in submitting basic training pictures showing Vets getting blasted by jetguns. Unfortunately, the black and white pictures didn’t show the virus on the nose of the gun. Vets used to run into this very same problem attempting to show Agent Orange use at bases in Thailand before they passed the PACT Act last month. A black and white photo of you standing in front of your hootch with a vast dirt expanse behind you doesn’t reveal any 2,4-D, 2,4,5-T dioxin on the ground. Dead vegetation could mean lack of water in the dry season or that they mowed it. I’m not trying to play Devil’s advocate but you always have to consider the VA’s side of the argument. It helps you to win if you know what your VA adversary’s holding in his poker hand. I hear Vets say they could smell AO. Fat chance, gentleman. If you smelled it at all, you smelled some form of petroleum distillate used to thin it 1:1.

By 2011, it was apparent that HCV, as an incurable disease, was soon to be conquered. I succeeded in killing it after a six-month treatment in 2014. That’s cutting it too close. I didn’t have much longer to go and kept coming down with other problems-some related to AO and some to the residuals of having HCV for 44 years. You don’t magically get well after a long viral infection. It attacks everything in your body. Luckily, I made it. Between that and Agent Orange, Blue, White, Green, Pink and Purple, they can really make life difficult. Here’s surgeries #3 (3/21/2010)and #4 (3/28/2010 after surgery #3 failed). Pretty skanky, huh? Well, we’re talking VA doctors so that explains a lot. 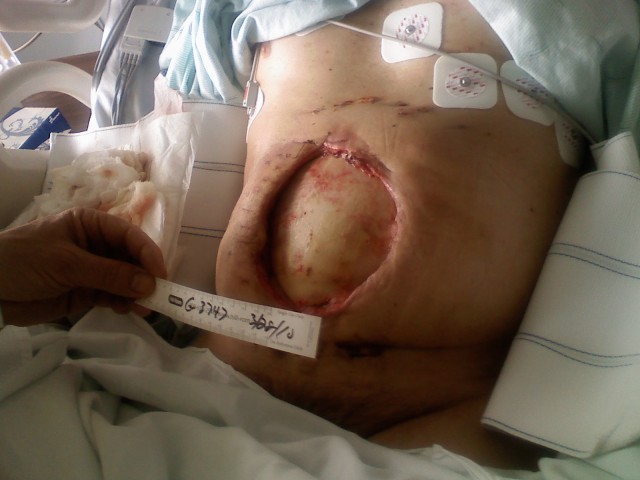 The name asknod was born in 2008. It’s a contraction of ‘ask’ (about your) ‘Notice of Disagreement’ (abbreviated by VA as NOD). I was hellbent on WWVD or ‘What Would a Veteran Do?’ Patricia was lukewarm on that moniker and since it was her website, I obliged. Cupcake wasn’t too hot on it either. I was trying to reach out to Vets and help them rather than pull a Gen. George Custer and die on an acronym hill so I relented. Regretfully, WWVD will never grace the top of my blog. I thought it had a nice ring to it. Of course, having been born on April Fools Day, it drastically affects my common sense chromosome. An example would be teaching your 8 year-old son about the many constructive uses for gunpowder beyond just reloading ammo. Bad idea.

When it came time to choosing a name for the legal arm of my accreditation game, I was leery of using asknod. I didn’t want to tip my cards and expose myself. Cupcake disagreed. So what if I dished on the VA Secretary and the rest of his Agency on a daily basis? So what if I’m the one who spilled the beans on the Purple Book or any other of a long list of “inwards-facing documents” VA publishes for their employees? It reminds me of all the confidential documents we saw in the Vietnam ‘conflict’ stamped with “NOFORN” (no foreign nationals) to inform the reader the documents were restricted reading. Why they’d try to keep Vang Pao in the dark was illogical. We were supposed to be helping the Hmong Army fight the Pathet Lao.

I’m not the only accredited Veterans Representative with a website either. Ben Krause, my fellow VA litigator friend and Air Force Vet publishes Disabledveterans.org. Ditto Chris Attig (U.S. Army Vet) and his Veterans Law Blog.  I guess the only thing that separates our endeavors is technique. I don’t have a log in and a membership procedure. What you see at asknod.com is what you get. No dancing emojis. No advertisements for Viagra or Russian wives. No advertisements that uncannily mirror your Google® searches for dog beds or patio furniture. No sir. All that advertising is a distraction. You can go somewhere else to get that info.

Asknod.com will outlive me. At 71, my only hope is that it will help Vets win and remain free. Knowledge shouldn’t be monetized in this business. You shouldn’t have to pay anyone to figure out how to win a claim. Granted, there are those who are too busy to do it or too lazy. I think I speak for tens of thousands of Vets when I say that we (most Vets) no longer can find our way through the VA’s jungle of regulations-especially in light of the ever-changing legal landscape. Between the new (2019) AMA and the new PACT Act, most Vets are clueless about how different this is from back in the old days. 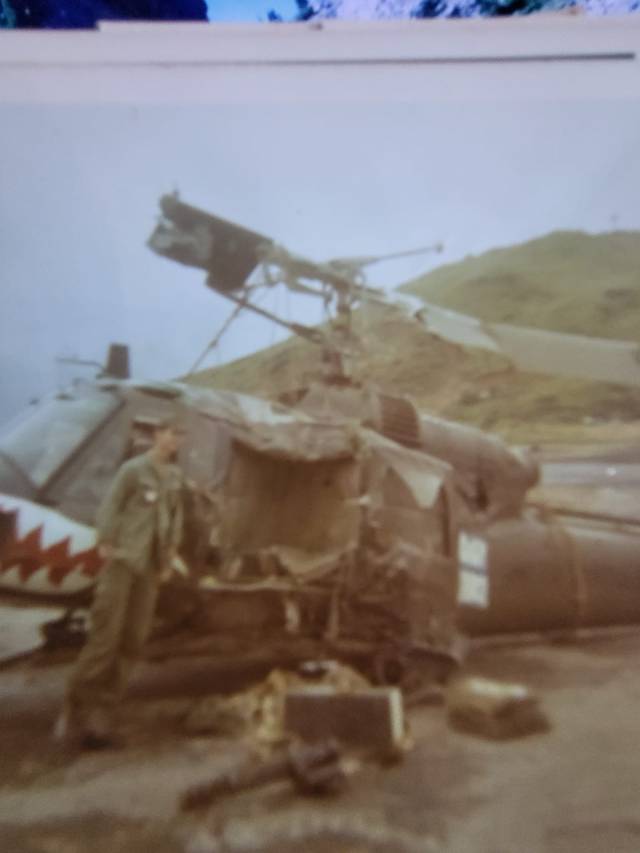 Asknod.com might be a new name but it still stands for the dissemination of free knowledge on how to spank VA’s derriere. It’s a free translation of the VA Rosetta Stone of claims adjudications. Why on earth would anyone keep this information proprietary and charge for same? I guess I get about 100 calls a month from Veterans. I get at least that many emails. Each and every one asks for help via representation. I wish I could but I will always take the time to tell them what they need if they are confused or need advice. 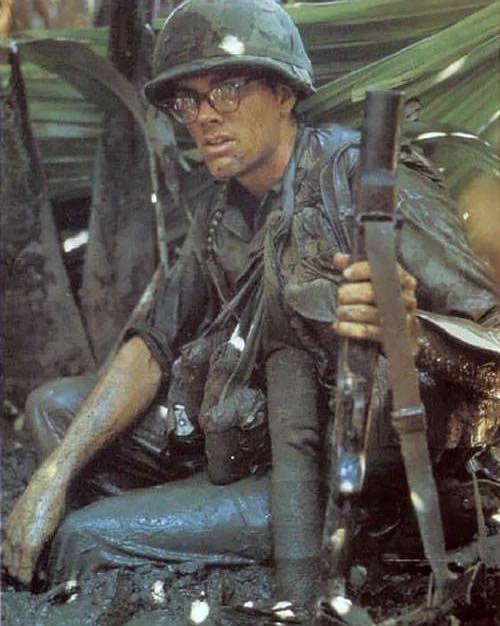 My trademark phrase, besides “Win or Die”, has always been my standard rejoinder whenever someone thanks me for my help. By that, I mean “If the shoe were on the other foot, I’m sure you would do the same for me.” I earnestly believe that as much as I earnestly hew to the practice of never censoring anyone who comes here.  I’ve been 86’d from every Veterans Help site out there. Why is that? Remember that old granny that used to pull up to the Drive thru window asking “Where’s the beef?”  Seems the moment I share the fact that someone’s advice collides with 38 CFR, I discover I’ve been cut off by the moderators. I won’t ever shade the truth or try to imply there is a secret technique to this and you can’t get there without my killer ju-ju.

In closing here today, I wish to thank my readership for their interest in Veterans claims and being allowed to teach about all the intricacies of the process. It’s a pretty neat soapbox to be allowed to even stand on. A lot goes on behind the VBMS curtain that many of you will never see. I feel honored to have the ability to walk point and see the trip wires VA erects in hopes of defeating your efforts.

In addition, I want to let you know I’ve noticed that some Vets help sites will ask for donations or charge entry fees to do this. They claim it takes money to keep these operations running. Teaching is expensive, they say. Websites cost money, they say. Newsflash. I pay about $100 or so a year  to keep asknod.com afloat at WordPress. Strangely, I’ve never been hacked even once.  How I do that escapes me. Everyone tells me I need this and that and google ranking experts to make sure everyone can find me. My blog subjects cost $0 dollars to research. I just plagiarize the VA rating decisions and publish them redacted. How is that expensive?  Beats me. The only thing that costs me money is going to legal conferences and learning  new ways to win. That’s a bargain at twice the price.

One thing Veterans can always take to the bank (besides their comp. check) around here is that I will always have your back. If you disagree with me, that is your right. If you don’t like my attitude, I apologize. This isn’t a popularity contest or a who has the best Dear Abbey™ advice column. We don’t blow smoke up your ass nor do we tolerate those who do. Sadly, there is a wealth of ignorance afoot about the subject of VA law. Letting Veterans offer advice on the subject willy nilly who have no training or experience scares the bejesus out of me. My only hope is that they will luck out and eventually get a highly qualified VSO or VA attorney/Agent to be their representative. VA has created too many pitfalls in the last 30 years such that a Veteran has a 12% chance of winning right out of the box and even less the longer he or she delays in pursuing it.

P.S. Check out this Glock™ horn. Man, I just gotta get one. This is too cool for school.

7 Responses to WELCOME TO ASKNOD.COM