Remember that song by Simon and Garfunkel? Well, maybe not. I reckon it depends on your age. More about that in a few. As an author/litigator, I wear two hats now. I live to write about my experiences with my clients equally as fervently as I intersperse it writing about experiences I endured fifty years ago. I attempt to capture that in the photographs you send me. I strive to teach others how to ‘read’ the Rosetta Stone of VA law and how to surmount the obstacles that are placed in our path that prevent us from attaining service connection. As a survivor of a ‘conflict’ rather than a war, I’m thankful my psyche was (and still is) strong enough to have come out the other side quasi-intact. One had to develop pretty thick skin to inure oneself to the pain, sorrow and daily loss of friends and those we served with. Hence the analogy of the blog today.

Don’t get me wrong. I have no doubt the sand rancher war(s) in both Afstan and Iraq were grueling. I also suspect the emotional toll on these warriors might be even more damaging than it was to us in our conflict in Vietnam. Allow me to become maudlin and share what I see as the dichotomy of war then and now. First, we’ve tried this war gig several ways. World Wars I & II more or less incorporated the cohesive unit approach they used in SWA. You all came from New York or Tennessee and trained en masse. You deployed the same way. You came home the same way if you didn’t come home in a box.

Allow me to express the first emotion most all of us felt when we arrived in SEA. Shunned in a word. I’m not sure how the Squids did this. I know they had to paddle over there so maybe it was a cohesive group deployment. Boy howdy it wasn’t that way for most of us in the Army or Air Force. Each service had its emotional drawbacks and I sure don’t mean to imply one group had it worse than others except maybe for Eleven Bravos. If it wasn’t for bad luck, they wouldn’t have any luck at all. Granted, each service assignment had unique features. But the overwhelming thing I encountered in my extended travels and assignments over my two deployments was the aloofness of the many I served with. Penetrating the barrier of friendship and forming a bond with shortimers or others who preceded you was downright daunting. The reason was simple.

Nowadays, a platoon or company deploys as a cohesive unit. Most often, you went through Basic, AIT and advanced training for deployment as a ‘whole’ entity of X troops. We didn’t have that in SEA. We arrived at the replacement depot, got our boots and rifles and were flown into some godawful PSP mudpit or dusty LZ and greeted by fellow soldiers with tombstones in their eyes. You were ‘fresh meat’. You were cherries. You were FNGs. Nobody was interested in what state you came from or looking at the picture of your girlfriend. Folks laughed-but it didn’t involve you. Say hi to a stranger and they’d look at you like you were retarded. Pretty soon you, too, became devoid of emotion. Nothing could amaze you anymore. It was like Call of Duty in 3D on steroids lacking any on/off switch. About then, you actually began to look forward to each morning. Adrenaline mixed with testosterone is an amazing cocktail. Stir in some gunpowder and medals for valor and you have a dedicated soldier. 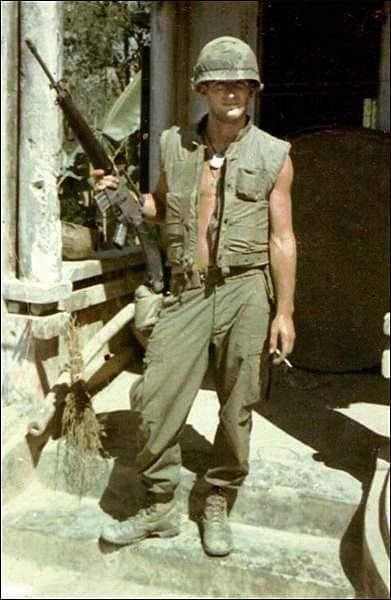 With the statistical assurance that your chances of contracting lead poisoning  in the next year were astronomical-even compared to South LA-you were shunned or, at best, tolerated until you’d been there long enough to prove you were an asset rather than a liability in a fire fight. Nobody wanted to be your BFF because the emotional pain of befriending a newbie and watching you killed a day, week or month later was distracting. Hence, we all became rocks. We further mutated into emotional islands and fenced everyone out until we felt comfortable enough to relax and let our guard down with a few proven, seasoned warriors. Some never succeeded in making that difficult transition back to normal when we came home. I seem to have some of them for clients, too. Cupcake says that about me-that I can be ‘distant’ or cold when I should be warm and outgoing. Shoot, I don’t think so but I’m sure everyone with a rip snorting good case of Bent Brain Syndrome is convinced they’re the only sane one in an ocean awash in absolute insanity around them. In a restaurant, you’ll find us all at the back in the corner booth. With our backs to a wall. No. Just kidding.

Memorial Day is the national Olly Olly Income Free for emotions that allows you to let that shield slip for a day or two and recall things best left alone for the other 364 days of the year. Some will encourage you to get Jesus in your heart and tell the dead to bury their dead. That advice is most often proffered by someone who hasn’t ever seen a body dead-let alone someone who ate a 7.62 through and through. There’s nothing harder than trying to forget coating your hands in sulfa powder and tucking what’s left of Fred’s small intestines back in all the while telling him it actually looks better than you’d expected. Light him up a Marlboro and tell him to be patient. The dustoff is only 5 minutes out…but he only lasts three. That, too can be part of your Memorial Day… if you let it.

I’m not big on religion. I was born, baptized and confirmed in the Episcopal Faith. My dogtags said as much. I could have erased that a week after I got to SEA with little or no change in the rest of my tours-or my life. I’m sure I can find a large number of my fellow servicemen I served with who share that sentiment unless they have more intestinal fortitude than I do. At first, I just couldn’t grasp how God could condone this activity. That was before I began calling him Howard. It’s painful beyond words to land at the end of the day and discover you’re not going to be talking to Ben or Tom or Jack ever again. There’s no finality or a shaking of hands and a ‘see ya’ later’ in war. There ought to be. It’s unfair. But then, maybe Memorial day is good for that- an annual Remember Ben, Tom and Jack Day. I like the gung ho groups who always buy a drink and leave it on the table in bars for _______ ‘who can’t be with us.’ Way cool. I salute you. If you want to, you can fun the waitress and say “What? You can’t see him?”

Memorial Day is a temporary reprieve where it’s okay to step away from your friends and family, get wet eyes and sigh. And sigh again. Afterwards, you can carefully close the mental picture album and put it back on the memory shelf. I strongly suggest you try to remember the laughter. That projectile puke when you all got food poisoning from the old c-rats and  your world-class hurl. That 250-yd. shot with your CAR 15 shortie that got the zipperhead with the RPG (but no medal). The yellow bathing suits we all wore at Vung Tau. Remember that laughter. Dry those memories and press them like flowers between the pages of a book. That’s what will keep you tethered to the here and now. Well, that and grandchildren. They’re kinda like Valium™ in some respects.

Multiply an Eleven Bravo by 365 days with three off for good behaviour and you are guaranteed to have the perfect storm mentioned above. How you’ve been viewing that glass (half full or half empty) may be the testimonial as to how you made it this far. But then, if we didn’t have wars, we wouldn’t need Memorial Days. Somebody might oughta explain how this works to the guys down in DC who inherited them Star Spangled eyes. Eventually, they’ll be coming for your grandchildren some day unless we change. 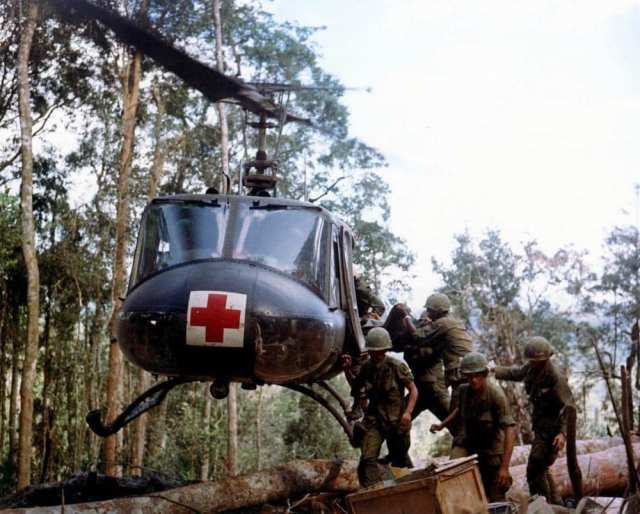 If you didn’t already have religion or lost it in the past, Memorial Day may give you a reason to get religion all over again. Or… maybe not if you’ve ever watched cannon balls fly. Witnessing man’s capability to inflict brutality to his fellow man will pretty much vaporize any thoughts of religion in the same sentence faster than you can say Jack Robinson. Well, excluding ‘Holy shit, Batman’ or ‘Sweet Jesus, did you see that secondary cook off?’

Happy Memorial Day to my readership.  I reckon that’s all I have to say about that.

The Few. The Proud. The Remembered.