I always wonder who the unlucky sucker is that draws the short straw on these claims. VA raters- even the old fossils- do not have a clue how to deal with §3.156(c) claims. To tell you the truth, my comprehension of the regulation evolved by leaps and bounds with the passage of succeeding precedential decisions at the Court. VA has attempted since 1945 to bury this regulation  just as it also enjoyed the “splendid isolation” evoked by Senator Alan Cranston when they discussed the whole idea of the 1988 VJRA and revamping justice, as we know it today, for Veterans. To plagiarize an old cigarette commercial, we’ve come a long way, baby. But not far enough…

And, much like the relative ignorance of VA Examiners, the relative splendid isolation of §3.156(c) has lain fallow at the bottom of §3.156. Few ever scroll that far down as its application is so unheard of. Or is it? I’ve found numerous examples in a lot of my clients’ files. Well, numerous as in 5 times. Not all are so egregious as to warrant a 50-year lookback but some just jump out and bite you on the eyeballs. Because I triage my Vets and many are knocking on Heaven’s door, I don’t necessarily get all wigged out at 5-8 year errors. I mention them to the client and ask if she or he would rather concentrate on their incurable b-cell hairy leukemia and the R 1 decision I’m fighting for. Sometimes you have to prioritize and stay focused. If there is time to pursue them, and the claim is viable, then I fight with gusto. The “youngest”  §3.156(c) claim that’s viable I’ve run across to date is 1989. The Puzzle Palace in Sioux Falls, S.D. failed to retrieve the Yokosuka Naval Hospital records for twenty four years. When they did-voila- service connection for C8 nerve impingement and TDIU. But we’ll brook no argument about an earlier effective date, thank you.

As for its application to Butch Long, his 52-year holding pattern is getting tiresome. VA has burned up over a million dollars and seven years and this is still the original reopening of the 1970 claim kept alive by the miracle of the new AMA. In fact, Butch is my oldest surviving client- one of two I represent who were there at LZ Cork on January 18, 1969.

Seems every time when I get a win for someone like Butch or my LRRP Ed, they always invite a slew more of their buddies who were there getting blown up too. I can’t turn them down. It took me 18 years to get in under the wire and another 8 to make a clean sweep. They’ve been screwed for many of those same  years and all deserve justice. I wish I could clone myself to do more.

So, in order to “build back better” Butch’s  §3.156(c) claim, we’ve elected to do a HLR (Higher Level of Review) to check off one more box on the way up the ladder of VA justice. Make no mistake about it. VA isn’t about to roll over and grant this no matter how wrong it was or is now. The cost will be prohibitive even to a large agency with a 260 billion dollar budget.  I’ve read hundreds of old 1966-1975 Vietnam claims for diseases and SFWs.  They share one thing in common. The max rating in virtually all of them was no more than 10%- occasionally 20%. Most were the “Zeroes for Heroes” ratings. We all know the moment you cross over 30% the VA has to pay for the oke-san and the rug rats. VA was not about to grant that kind of money back then. Vietnam was a meat grinder. Vets were piling up at VAROs across the US and holding out their hands. If you were seriously messed up, you might get to 60% over 15 years but rarely TDIU for a few decades. VA was renowned for granting you IU about the time you hit 65.

So, I scheduled a HLR just for shits and grins. The VA gal, Wendy, is a DRO at the only Catholic VARO in the US (St. Pete’s). At the outset before we began this dog and pony show, I vetted her as to her grasp or comprehension of the ramifications of §3.156(c). She was like a deer in the headlights. She wouldn’t admit to not having ever set eyes on one-let alone doing a  supplemental or HLR. I could tell by her voice she was hoping for the Lynyrd Skynyrd exit and three steps toward the door. Thus, I concentrated on the latter subsections of §3.156(c)(3) and (4). As some know, there is where the power lies in rating these claims. I pointed out to her that for some reason, VA seems to think it was pure coincidence Butch filed to reopen dang near everything he filed in 1970… and won it all on the first throw of the dice along with TDIU. And then, again a year later, they granted for all the TBI shit they should have inferred in 1970. I asked her to be considerate of the fact this man had more SFWs with retained metal fragments than a guy who eats hand grenades for a living. The only thing VA objected to was the earlier effective date under §3.156(c)(3)(4). Essentially, what transpired was a §3.156(a) adjudication based on the submission of the proof of all the old injuries-not any new medical records showing an increase. And yes, there was absolutely no mention of a de novo review and new reconsideration of the 1970 claim as promised in the regulation. Zilch. The DRO in 2017 assured me that just because they didn’t say in haec verba that the reconsideration took place and was found wanting, that it never occurred. I expected her to say the M 21 Adobe 2 Pro didn’t have a cut-and-paste for that reg… or an M 21 cite.

The beauty of shrapnel wounds is they contain retained metal fragments. In addition, dirt and small pebbles end up in there. They all show up on the x rays so it’s pretty hard to cheat. In Butch’s case, it looks like somebody spilled salt all over his x rays. This explains why they always strip Butch down to his birthday suit looking for a bomb when he flies. Butch carries his proof of his claims everywhere he goes. And, when you’re wearing that much metal, it follows you were pretty darn close to where the explosive detonated. In Butch’s case it left what we call pepper spot tattooing from head to toe. The explosive powder has charcoal in it and it stains the skin when you’re mere feet from the detonation. 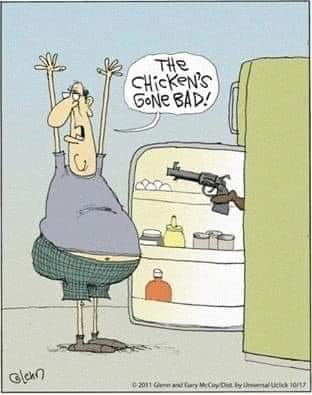 So, take a gander at the new HLR form. I hope this shines some light on what you can expect if you do an HLR. First, you should have a list of any and all bitches or complaints. What did they do wrong by law? What’s missing? What was declared as fact which isn’t fact? In this one, Wendy forgot to note that a Coach stated I had not submitted any new and material evidence. Ooops. Wrong legal standard of review, Coach. It’s now new an relevant evidence. I submitted 31 pages of service department records VA was (and still is) too lazy to go get. In fact, they still haven’t retrieved them. I guess they just trust us. Somehow, I forgot to submit them back in 2015 or 2017. I guess it’s a good thing I’m so stupid and forgetful because if I’d submitted them back then, I wouldn’t be able to file a supplemental claim now to reopen this, huh?             Redact IC HLR

Back in the “old days” when I could just sashay in to the VARO on the tenth floor of the old Smith Towers to chat with my rater, they were virtually all Veterans themselves. It was almost a prerequisite for employment there in the 70s like getting a job at the US Postal service. Nowadays, you won’t find Veterans in the hierarchy of the VBA because the Grand Poohbahs don’t trust them to be objective. Shucks. I’d sure give some ol’ boy the benefit of the doubt if he got whacked in service but you see the problem? If you haven’t been brainwashed into believing all Vets are trailer trash and liars, then they’re not going put you in the driver’s seat of the claim boat. As a Vet, you can’t be trusted to be an independent arbiter regardless of how many equity classes they pound down your throat. 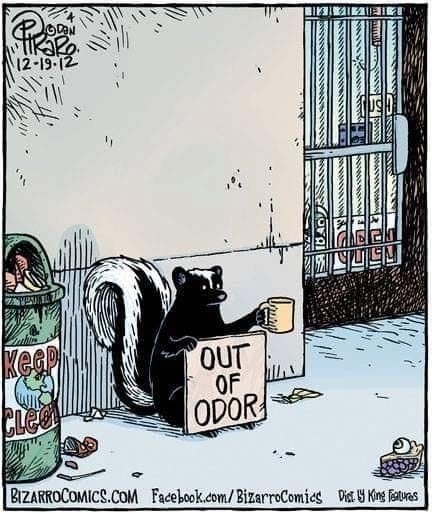 I would think §3.156(c) claims would be a frequent occurrence at VA. We hear frequently of VA horror stories where they were shredding files in Dayton or stacking them in the janitor’s closet in Oakland for years. VA ain’t no daisy and their history of misdeeds precedes them. I love the predicted rejoinder with the mea culpa- “Well, this is actually fortuitous for Veterans. We certainly learned from this mistake in canceling VA medical appointments without notifying Vets at 67 VAMCs across the country for years to eliminate our backlogs and we’re going to build in safeguards to prevent it from ever happening again in the future. Nothing to see here. Move along.”

With the advent of VBMS, you cannot hide old STRs behind the VR&E files in the right flap of them old c files. They’re sticking out like sore thumbs and all labeled as such. VA pukes didn’t enter all these old records. They’re done by subcontractors who are truly independent. Their mission is to copy everything-not sort through it to discover if the evidence is damning and adverse to VA’s interests. Better yet, there’s a date assigned to all these documents showing when they were received. Thus, if you submit these new/old STRs in 2015, it’s pretty difficult to backdate them to 1970 and say you (VA) already have copies. 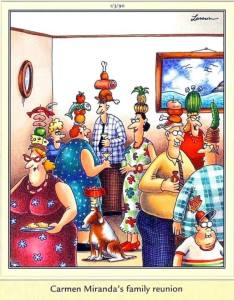 I strongly feel Butch will prevail on this. I doubt it will occur locally because true justice cannot be had at the Agency level. Nobody wants to go down to the lunchroom and suffer the embarrassment of  all the employees pointing at him and saying “Bummer. See that dude? He’s the bozo who granted an EED back to 1970. Boy is he ever going to lose out on his Christmas bonus like totally forever, dude. ”

VA made the error of granting all Butch’s claims without any fight. Every time they said he didn’t have retained metal in an appendage, I’d go out and get x rays proving he did. Pretty soon, I was on the DRO’s speed dial. They even tried CUEing themselves for 10% and giving him a dog bone back to 1970. But, as I pointed out above, they refused to go over the magic 30% because Butch had a spouse and 4 children. That alone would have been a chunk of dinero all by itself. Likewise, they finally dragged out §3.114 and gave him an extra year of tinnitus. The biggest mistake was caving in and granting 10% for “loss of field of vision” and TBI headaches for 50%. That was a concession that he was damaged by an explosive concussive event with grave acoustical/visual damage. Once you grant that in the §3.156(c) arena, you’ve shown your cards. You’ll never get Pandora back in the box. A filed of vision injury never heals. It’s not like it got worse in 2009. 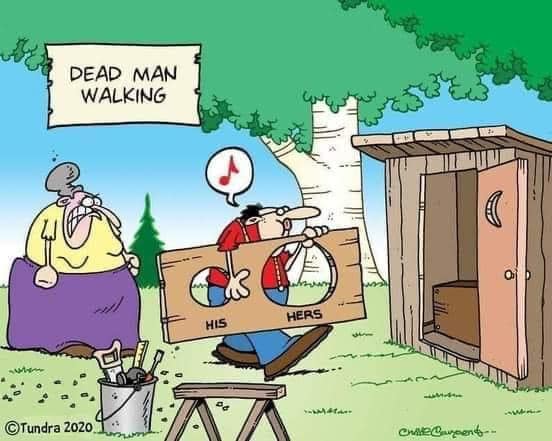 I hate HLRs. They are nothing more than an imperfect rehash of the old informal DRO Reviews where nothing was recorded. It was all  hearsay and you couldn’t prove what they said were lies. At least this new AMA version of justice can be recorded privately and preserved for posterity to demonstrate misfeasance/malfeasance later.

Onward through the fog. Win or Die.

Nobody forced you to keep reading….