Folks, I have to tell you. Very rarely have I spent more time in a one-year period trying to ride herd on a bunch of VA cats.  I had them squirting off left and right and cancelling claims like they used to back in 1994. Back then it took a while to sink in-like maybe a couple of years to recognize that you hadn’t heard from Fred at VFW or been asked to fill out some form or send some information in. Shoot, by then Fred had moved on to a new career at Lonnie’s Used Cars and the VFW  “service officers” didn’t even know who you were. It was painful to start all over. Some of us beat our heads against that wall several times before we noticed the mental bruising.

Lookin’ out my back door….

Jimbo wasn’t that compulsive. He trucked with VA once in 2002 when he started getting sick from 20 yrs of asbestos and two tours of Agent Orange. He got the usual red carpet denials and tore up his VA medical card. Sayonara, baby. What the hey. He had TRICARE. I’m sure, being a retired Chief Petty Officer, he figured it out after his first BDA over the claims target.

When you consider how the Nehmer rules work ( §3.816(c)(2)(i)), if you were some kind of lucky to put in for Diabetes Melitus II or IHD back in the ’90s, you’d be incredibly rich if you had the smarts to refile in say… 3/2020. Call this a pandemic work project. Something for the bucket list. We filed about then for what I was told was his first filing ever. Not so. Memories fade and so did Jim’s. He forgot the 2002 filing for SHAD. He put in for a lot of serious shit including cancer (Myelodysplastic Syndrome), asbestosis, Diabetes II, IHD, bent brain  and back issues. He lost them all. What? You thought I was going say he won? Shoo doggies. We’re talking VA here. You’d have a better chance of buying the correct numbers on a Power Ball Ticket with the $10 Million Enhancer option for an extra buck. 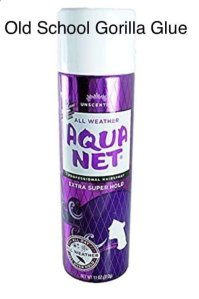 Fate works in strange ways. Jimbo’s daughter came to work for Cupcake back in 20-someteen as an admin asst. and progressed up to RE agent over time. Her dad made me a keen box with the Air Force seal carved into the lid in 2014. About then the IHD and the PN started to take him down. One day last spring I asked Pumpkin what Christine’s dad was up to. I’d remembered two things (apparently) that prove I haven’t lost my mind yet. I knew he’d been on a destroyer or two close enough to land for eyes-on artillery support in Vietnam and wondered if he had anything he could file for. After a few spits and wheezes, we got a POA together and filed. 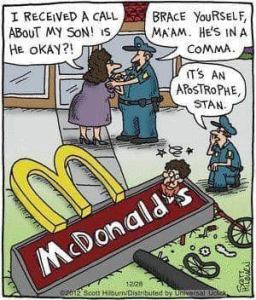 Well, shit everything blew up. Here we are in the new VBMS and you send in a 526 only to have them say sorry Jim. Wrong form. No. You refile on a 995 and there’s still a 50 % chance they’ll tell you that one’s wrong. That’s where having access to the VA Regional Office’s Change Management Agent is essential. She can get it sorted in two days and everything settles back down. It’s about then you go rooting around in his VBMS e-claims file and discover he filed for the IHD and DM II waaaaaaaaaaaaaaaaay back in 9/2002. This is like having a Delorean and being able to go back to 2002 and bet  $100 across to WPS on a 6-1 horse that isn’t even going to run until 2020. Of course, then you have to survive a few myocardial infarctions and dang near lose the use of the lower extremities to cash it in. 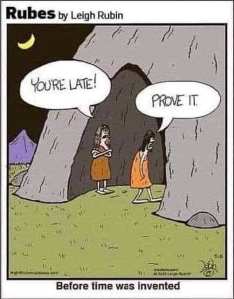 And, to add ice creme, boom chocolaka-laka and sprinkles, he forgot he also filed for mental depression secondary to the IHD. So, Procopio vs. Wilkie comes out and he’s some kind of big CRDP chicken dinner winner. Right? Not. Big chicken dinner winners are Vets VA doesn’t want  to pay. I mean seriously-and in this case to the point of cancelling claims and shitcanning evidence or misidentifying it as a document it isn’t. In fact, they spent 9 months trying to prove he wasn’t inside the 12-mile limit. His STRS had been uploaded into the claims file back in 2003 which probably saved them from the Friday the 13th conflagration at the NPRC in St. Louis back in 1973. VA could have looked at them and seen he’d been inside the 12-mile limit.

VA gerrymandered his staged rating like a Philadelphia congressional district. He had enough for 70% in 2003 (until his heart got better temporarily) and they reduced it to 30% (in 2006). Oh, and the 10% bilateral Peripheral neuropathy of the feet which improved? It, too bilaterally went down to 0%. All of a sudden he was rated at 44% ( rounded down to 40%) and missed being able to collect both the Navy retirement and the VA disability comp. Screwed him they did. Yeeeeeeeeeeeeeeeeeeeeeeees.

But….  that MDD as a secondary would hamburger the staged rating all the way back in 2003.  Jimbo would be entitled to that bodacious CRDP. VA decided it had to be cancelled. It was not CUE according to the VA Puzzle Palace Nehmer expert because a MDD isn’t on the disease list in §3.309(e). Right, it wasn’t CUE but nevertheless VA graciously begins a brand new claim with no 995 or 526 whatsoever and belatedly grants Jim 50% for MDD— but only to the date of filing (12/2020). That one was launched on appeal up to the big house this morning. But that’s not the end of the matter.

On 12/29/2020, having way too much time on my hands and fistfuls of medrecs that said Jimbo’s EF was below 30% waaaaaaay back in 2014, I filed a new 995. VA denied it 7 days later (including the National Holiday) on the 6th. No explanation. No favorable findings of fact. It was like I was blind and didn’t know how to read Braille. I had to call up my CMA Allison and have her call up Cris the CMA in Albuquerque to ask their Coach why in Sam Hill they denied. It took two days to get back to me with the reason.

Apparently our good cardiodoc did what every cardiodoc has done for decades. He stated the Left Ventricular  Ejection Fraction (LVEF) of the Heart as “EF”. Mind you, every VA Bastion of Ignorance across our fruited plains employs a medical specialist- at least an ARNP usually. S/he is familiar with medical terms and would instantly be able to interpolate EF and understand it. But noooooooooooooooooooooo. S/he denied because they were unsure if it was the left or… wait for it….the right ventricle. Since you a) need to do an MRI to figure out what that right EF number is and b) know the Vet you are dealing with has a rating for a “left” ventricle, you can be almost 100% sure any reference to an EF would be… wait for it…  to the left…except in Albuquerque. Sort of speaks volumes about the medical booth bitch in Albuquerque, huh? 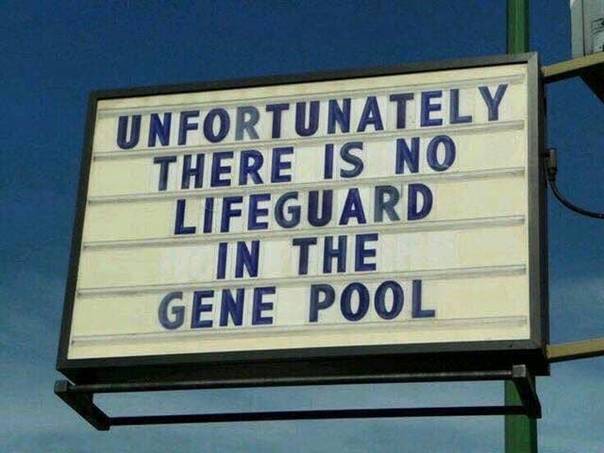 So, undaunted, I reloaded on 2/11 with another 995 containing a signed letter from the good doctor and all the Jimster’s cardio records clean back to 2014. About then I discovered his EF would actually result in a much earlier 100% rating… well, everywhere but Seattle. Yep. The raters, with heels dug in, disconnected my legal brief from the claim and, in a fit of spite, ignored all the new supportive medrecs. Denied. Coincidence, you say? Whatever. Fortunately, I’m not easily deterred. I went the NOVA route and enlisted them to pester someone in Washington DC with an IQ higher than room temperature. 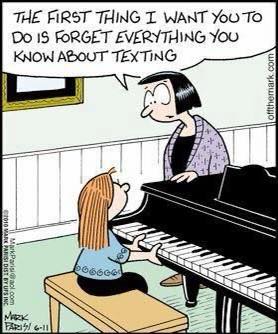 Faster than you can say lickityspit, the whole DROC came alive the next day like a yellow jacket nest on fire. Smokin’! I watched like a fly on the wall as it unfolded in VBMS. Every Ceslee, Kathryn and Song Yong from the Assistant Veterans Service Manager all the way down to Coaches, Assistant Coaches, Quality Control SRVSRs-shit oh dear all the King’s men were hard at it. More claims were opened, cancelled, reopened, administratively reviewed with three signatures than you could hit a cowpie with. And what should my wondering eyes behold come Tuesday morning? Why, a new screwed up decision but at least one that can be worked on up at the BVA. It gets a substantial amount of Baksheesh into the Vet’s bank account pronto which is what I’ve been working on for a year. 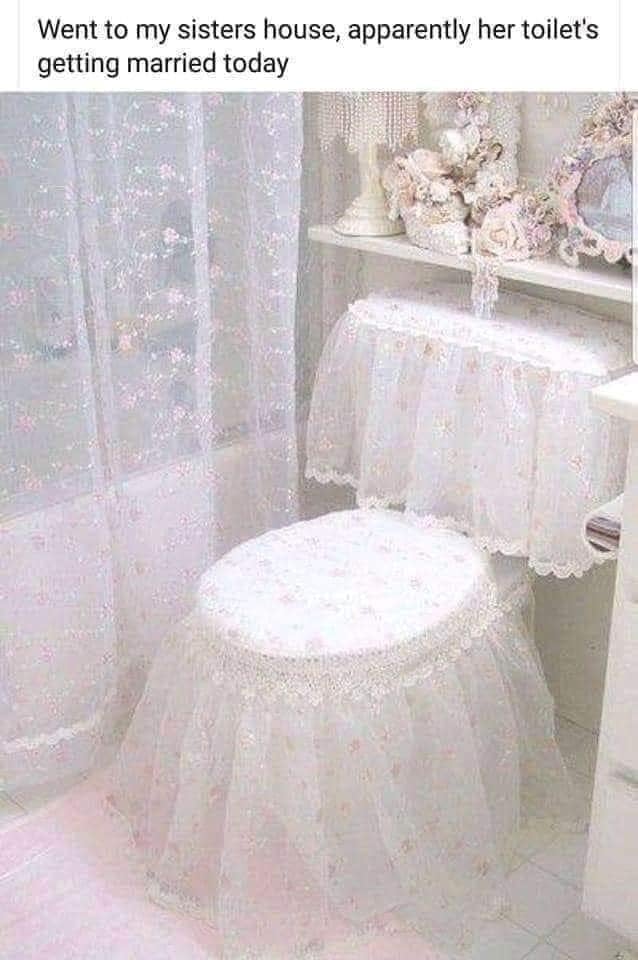 I’ve had it with these morons. I applied for TDIU in the 3/2020 filing. VA didn’t even mention it. Imagine granting  60% for IHD, then a 100% for three years, and then back to a 60% for 12 months before finally granting 100% P&T. And the Vet has been unemployed since the last big myocardial event back in 2005? What did they expect him to be capable of?  Selling vacuum cleaners door-to-door?  This, ladies and gentlemen, is what is called a Fenderson staged rating where they cast dem bones and read dem tea leaves and figure out how little they can give you back to when the old claim started. Frankly, it’s insulting.

Here’s the redacted docs. I did get him SMC S for two back months and forever into the future. What VA hasn’t even seen coming yet is to have to pay him about 70-80% all the way back to 2003. Kinda reminds me of Leggos. You just keep on building and building like a Progressive Slot down in Vegas. It pays out about the same, too when it hits.

Folks, I gotta tell you no matter how much caterwauling I do, this is more fun than fishing with hand grenades and a supersized Tanqueray and Tonic. If someone had showed me this gig in 2007 and turned me lose, I could have helped a gazillion more Vets.

In Jimbo’s case, I’m doing the frequent filer program for new claims and appeals just in case he punches out. Mrs. Jimbo can’t get anything on accrued unless it’s filed before he saddles up. I also like to file my clients for A&A these days the moment they catch a cold. That way, if it goes south and it’s discovered he has a SC cause, we get them a few extra shekels for the short period of the Hospice. Remember, you can’t file after they hit room temp. If I sound like some kind of VA ambulance chaser, it’s because they (VA) have been so rude and abusive to my Vets. What goes around comes around. Very few litigators are brave enough to call these jackwads out.