27°. Boy howdy is it ever cold out today. The great big Snowmageddon going on across our fruitless plains finally arrived hereabouts yesterday. Pickles loves it. This wouldn’t be considered a real Snowstorm snowstorm unless you just moved here from California. I watched a dude pumping gas in a shorts-and-flipflops get-up this AM. It’s a hoot to watch in 11 inches of snow. Fugit. I’m retired. I’ve got time to stop and watch this. Your feet would go numb before you filled up.  With all due Respect to former VP Albert Gore, global warming is taking it’s damn sweet time in settling in to Washington state for some of our newest arrivees. Since I’ve lived here almost since when I came home from Vietnam (4/74), I can rightfully don the mantle of 2nd generation immigrant. And since I wasn’t born and raised in California, I have even more cachet yet. So I’ve got that going for me. Which, apparently is more than the Department of Venomous Affairs has going for them. Seems in the last eight months I wasn’t too far off the mark about perceiving a real sea change in adjudications procedures and attitudes.

Nothing is Everything. That commercial jingle for a prescription pharmaceutical drug stuck in my head and I wondered if the VA had begun incorporating the sentiment into ratings procedures.  It feels that way. All my decisions in the last 6  months seem to be 0%s in spite of the clients’ being at Death’s door. What gives? Are they broke? Is that new Electronic Health Records (EHR) computer starting to have a few “overruns” like the Denver VAMC? Like, in the tens of billions? Time to call Bill Gates. 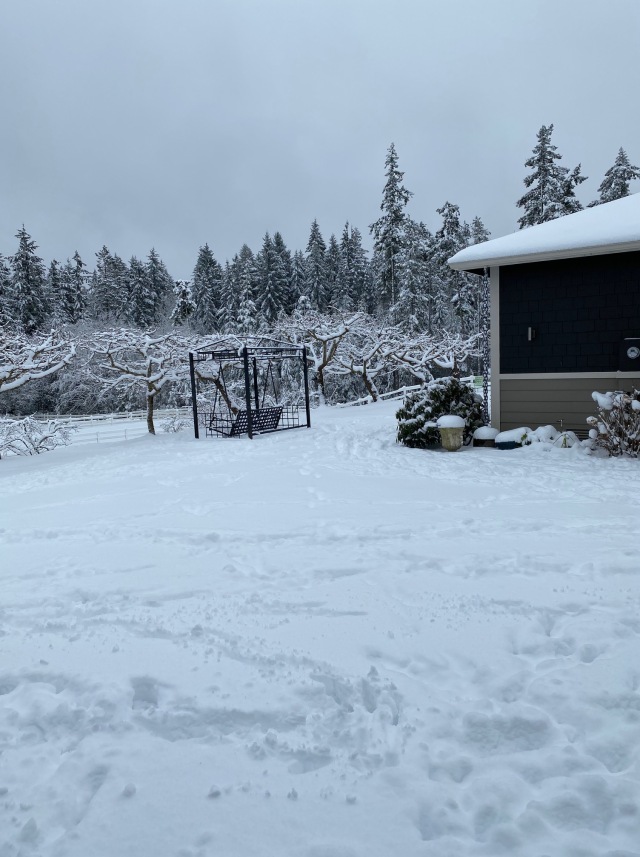 We NOVA members have an “inwards-facing” Parler of our own where we can share knowledge, tradecraft or ask questions about how-to stuff. It’s very valuable and when someone finds a gem with a prologue of “Hold the phone Ramone. You’re just never going to believe what they did to my client today…” they feel compelled to share it. That’s a good thing. We begin to feel we aren’t pregnant and alone in this VA representation gig when we hear others’ laments. Shit, some of these attorneys are carrying quadruplets compared to me.

Everyone has their own technique or secret weapons on how to beat the VA in this 3-card Monte game. I have mine and freely share them here. As I’ve pointed out before, the moment VA begins doing something new or arcane and it results in a loss, you have to adapt and learn how to tie a better knot. Conversely, you also have to understand how to untie a VA Gordian knot. They’re famous for them.

I have a wonderful case study today of what I would refer to as VA’s proclivity to produce innovative, inventive, bullshit case law. Steve and I go waaaaaaay back to early Hadit.com days. Imagine your life becoming unraveled in 2003-2004. You file claims and ten seconds later the shit show begins. Next thing you know you’re homeless and MD 20 20 is your go-to beverage/food. Shit happens. You wake up 8 years later and someone helps you glue yourself together. You refile your claims which you forgot all about. You begin winning because they (the claims) were totally legitimate back in ’03.

Next thing you know, you’re TDIU for Bent Brain and a handful of other ratings adding up to 40%.  Considering you’d gone homeless in 2003 and even told VA, you’d figure they’d a held off on the claims until you got your shit back together, right? Not. They had his ass denied in record time for everything-PTSD, asthma, residuals of a broken ankle, bum left knee 2ndy to the ankle, bad back and Grave’s disease. Steve emailed with me about 2012 and he started by getting a copy of his claims file. Sure enough, there was the smoking gun-well, actually three of them. They’d kept sending the denials to a Halfway house he’d checked out of months before. Fortunately, he’d left his new address with his psychiatrist and there it was safely and constructively in possession of the VHA. Now, I’m not going to make any judgement calls but Steve probably wasn’t in any condition to pursue his claims in 2003. It was actually a blessing in disguise in retrospect.

When this happens, everyone VA is supposed to take a time out and do a recon to find his location. VA didn’t. This put Stevie’s claim on ice judicially until he came back from MD 2020 land. The raters ignored the law and denied. No surprise there. Inventive case law. M21 on steroids. Mission creep. Take your pick on semantics. So, Steve is doing a dumpster dive in his c-file and see’s all the returned rating decisions and asks me if that could be CUE’d. Roger that… but better. You don’t have to prove CUE. You just prove you never got the original decision. This is called the presumption of regularity of the mail. If VA says they mailed it to you, it’s presumed they did it right and you lost it or blew it off. To call them out now, you have to have proof you told them you were homeless. In addition, you have to prove that they had a valid address and screwed up by not mailing it to the correct address. Without the claims file, he would have never known.

Steve kept appealing it up to the top and finally, in February 2018, he struck gold with VLJ Yvette White. I gave him all the ammo and he did it himself pro se.  Half of winning these

complex claims or appeals postures is explaining it to an intelligent life form. You’re far more prone to encounter them up at the BVA. Judge White granted the earlier effective date of 2003 for all the claims he’d filed in ’03 and remanded it back to the RO for rating. Thus, by operation of law, all those 10%s and 30%s he’d won in 2012-2014 (but filed for first in 2003) were effective back to 2003, too.  Well, almost. The VA had never granted service connection for his boogered up knee and his back needed a higher rating based on the degree of goniometer or whatever it’s called.

Being a gambler, I asked ol’ Steverino if he wanted to play some more 3-card Monte with VA.  He was game.  I took his POA and did a deep dive. Steve had filed for his bum knee due to all the pain his left ankle telegraphed up into it.  His lower back disability was more intense than 10%. Some days it plumb wiped him out for doing anything. I thought he deserved to get this sorted but knew it would take some dough.

Being a betting man, I bought his Independent Medical Opinion(IMO) for a few K and sat on it. Because Steve’s 2003 claim was now in play again fifteen years later, I filed his NOD 21-0958 and asked them to reconsider the left knee service connection and increase in the low back… and SMC S back to 2003. When added up, all he needed to get SMC S was enough ratings to reach 60%. He had a 30 and two 10s= 43%. He needed 30% more to get it. I honestly figured he could get the increase from 10% to 20% for his back and a 10% for his knee minimum which would give him his 60% ( 30+20+10+10).  At first, the San Diego VARO couldn’t wrap their heads around a 15-year old claim that was still kicking and refused to accept my 958 NOD. I had to sit down with a DRO and frog- walk him through VBMS to show him why he had to CEST it. CEST is a VA term meaning “Claim Established”. It took an hour of monosyllabic discourse but suddenly the lightbulb came on over his head. They quickly denied it and we sat around waiting for the SOC to be issued. That took 16 months. Meanwhile, Steve was having a new bad run of luck. They’d moved to Texas to escape California, bought a big house and now the Pandemic was screwing up their ability to pay the mortgage.

We’d launched a VA 9 torpedo using Legacy and tossed in the IMO in 3/2020. I finally filed a request for Advancement on the Docket for financial hardship for him. His wife was  out of work because of the Coronacrap.  Bingo. The AOD rating just came back with an incomprehensible decision. The new Judge, VLJ Laura E. Collins, granted the service connection for the knee and the 20% for the back increase. The big problem was she only granted the back increase to 2015. Aruuuuhh?

Worse, when the RO got this remand, they granted 10% for the knee in 2003 and another 20% for more left knee… in 2020. This, too, was the absolute last thing I expected. The carefully crafted (read gerrymandered) knee rating decision and BVA back increase grant only going back to 2015 effectively deprived us of the needed percentages at the right time (2003) for EED for SMC S. Or did it?

This is where it helps to know how to cut the knot. It isn’t difficult. The BVA gal is trying to employ Fenderson v. West and used a staged rating on an original claim. Sorry, Laura. You can’t do that. An initial, original claim will always grant you the highest and best rating effective the day you filed. Thus, even if VA screwed it up and thought they are keeping you out of the $, any rating they give you will be paid back to date of filing. So, by operation of law, Steve gets his 20% for lower back and the (brand new) 20% and 10% ratings for his knee all the way back to 11/20/2003. Game. Set. Match. Shooo doggies. You think VA was going to roll over and pay out without a fight? 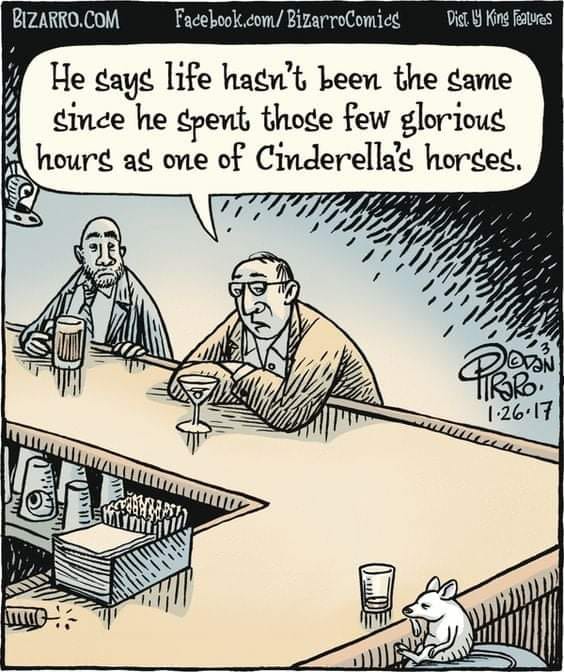 VA would like to think they smoked us but they stepped on their necktie. They have now granted more than enough to get SMC S back to 2003 but smugly think they outsmarted us by throwing in that bogus Fenderson shit. Who’s the fool, fool? Fenderson is unequivocal and so is 38 USC §5110(a)(1). So, we rebut the SSOC with a brief but let it go back up to the Board (AOD) for them to see their error. This is a cross between res judicata and stare decisis with a side of due process. VA would prefer their innovative, inventive legal interpolation and try to camouflage the difference between an original claim and one for an increased rating. Make your own rules up if you want to. Any old rules that you think will do. Sort of like that old Traffic song.

I love unraveling these old ones. It’s almost as easy as fishing with hand grenades or deer hunting with an M 60.

5 Responses to BVA–NOTHING IS EVERYTHING