THE DAY AFTER THE DAY THAT WILL LIVE IN INFAMY 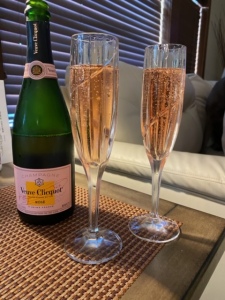 December 8th is an easy day to remember. For all of you, it’s merely a follow-on to the first horrific sneak attack on America. Oddly, in some respects, that’s identical to how a lot of spouses feel about having their wedding anniversaries sneak up on them and attack in the form of angry recriminations from the significant other for their memory lapse(s). I solved the problem by picking an immutable day-one that should always be easy to remember rather than suffering that ignominy year after year.

Just so none of you make a mistake using this trick, using dates like the day after Easter, Labor Day and Fat Tuesday are right out. Federal holidays are poor choices, too. Obviously, you’re going to have to get the better half involved in any choice of that “Big” day but you can always bluff them on using July 5th or December 26th with “Well, I checked with my astrologist and that’s the day when  Lung Cancer is on the cusp of Electron and its ninth moon is in eclipse-a very propitious day it is. Yessssss. ” Hey, it worked for me. What can I say? Just make sure the better half doesn’t read her Horoscope religiously.

Fortunately, Coronalife is hardly boring at LZ Grambo. We feed or interact with the horses thrice daily whether we ride or not. Ambush, our feral cat who truthfully moved in back on Labor Day Weekend in 2011 (see how that works?), is perpetually lazing about seeking Love in the Time of Corona. Cupcake  hums old Paul Simon  ditties like Me and Julio Down By the Schoolyard while she’s feeding them. Everything’s turning into Corona this and Corona that-even Rosie, Queen of Corona.

This is our 33rd anniversary. I’ve tested several phrases over the last several decades such as “Wow, it almost feels like a lifetime.” or “I don’t know how I- I mean we- made it.” I meant them in earnest.  I think the idea finally sank in after about 10 years of marital bliss that saying shit when nothing needs to be said can be hazardous to your health- or your wallet. That important date theme even extends to Cupcake’s birthday which I assure you I could never have influenced. While never exact, like December 8th, hers often hits on Opening Day of Buck season (or thereabouts)-the second Saturday in October. Apparently, it, too, is on the cusp of something. I made that fatal error one year when Princess asked how I was going to solve the paradox of being in two places simultaneously. Inveigled into opining, I ventured a neutral “Well shucks, Babycakes,  I’m really going to miss you.” Apparently that was the incorrect response. I think it was a set up. She invited her best friend to stay at the Seattle Westin Penthouse for the weekend. I needed  24-inch Barbecue tongs to handle the American Express bill a month later. I almost had to refi the house. I had no idea a bottle of 1945 Chateau Laffite went for $1450 dollars US. The kids rifled through the mini-bar in the room three days running. Using the bill as a guide, it appeared they were selling Doritos by the chip. Ditto the M&Ms. 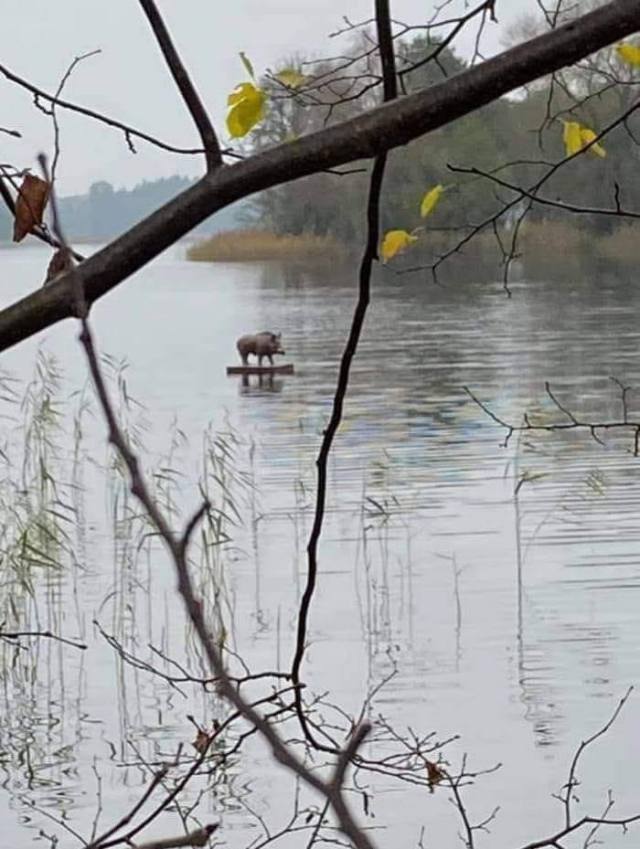 Well I’m Movin’ on, Movin’ on from town to town

This is the primary reason I bought five acres and put in apple trees. Now I can be with Cupcake on her speshull day and still bag a nice spike or 2-point from the back deck before the November rut-or hell- even in August. Now if I could figure out how to call in a bull Elk… 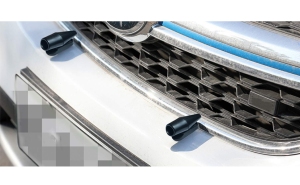 Speaking of deer, some of my friends over the years have made jokes about my vehicular propensity for hitting deer that jump out in front of me. No one in their right mind would aim for a 200-pound animal at 40mph. My best friend began telling folks I always checked off Modern Vehicle instead of Modern Rifle on my Hunting License versus black powder or archery. That’s a lie. There is no such selection on the application. Once, on April Fool’s day back in the 90’s, I discovered some butt head “friend” had put those deer whistles on my front bumper that are supposed to scare them off the highway far in advance. He purposefully put them on backwards and posted it on social media. So just to set the record straight, I don’t hunt with a 20.06 Dodge Magnum. That’s pure horsepucky. It was a 2001 one-ton B3500 extended van and I only hit two total with it. Statistically speaking, hitting 12 deer in a lifetime with your vehicle is well within the average for most of us unless I’m mistaken.

After 33 years, I’m in uncharted territory and have been for decades. My first marriage only lasted 4 years. I’m just guessing it was incompatibility but her birthday was on December 26th so I had that going for me for a while. That wasn’t why I chose her as wife number one and it dang sure wasn’t because of her cooking. Martha Stewart she wasn’t and she hated venison, too. We had a geographical difference of opinion. She was born and raised in California. I wasn’t. With the advent of global warming, it turns out now, in retrospect, that my choice of the Pacific Northwest after coming home from RVN was a blessing in disguise-especially for hunting. 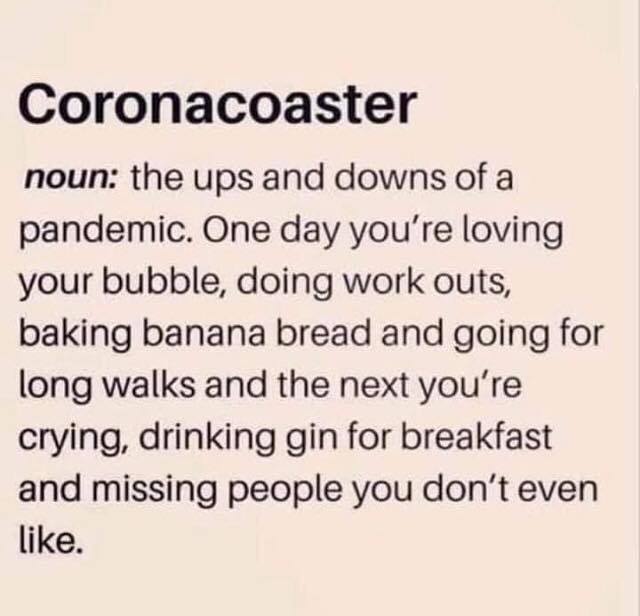 I’m sure by now most of you folks are about fed up with this social isolation crap. I can’t even imagine what I’d do cooped up in a 1,000 square foot apartment. It’s a testimonial to love to me that Cupcake and I are still speaking. I also credit that to being able to actually escape and wander about outside and never see another human being-let alone get within 6 feet of one. Unbeknownst to me, my outing down to Fresno and back February 4th-7th this spring to see my good friend Sam before he passed was the beginning of the lockdown. With both Cupcake’s and my immune systems compromised by illness/cancer, we have been lying low ever since.

As most of you with VA claims also know, this has really gummed up the VA. They have begun doing c&p exams again- but now only by the gomers at LHI/VES/QTC. No more VA doctors if VA has their say. Congress doesn’t seem to share their enthusiasm. They (VA) have taken to hiring out more complicated c&ps via the “ACE” process. To the uninitiated, that means some chucklehead neuro doc can legally state (for his 30 pieces of silver) that everything you have is not at least as likely as not related to anything you are claiming without ever setting eyes on you in person. ACE stands for “Acceptable Clinical Evidence”. That also means the dickhead will dig up every negative phrase you (or any other c&p doctor) ever uttered about your illness/injury  and use it as proof positive that even you believe you’re bluffing. I represent a Korean Vet now who survived the Chosin Reservoir massacre state that he got headaches and defective memory problems (to mention just a few of his residuals) after he woke up from a one-month coma from encephalitis. For aeons, if we tried to diagnose ourselves, VA would pull our choke collar and clothesline us with it by saying we were not Ben Casey M.D. and could not diagnose diddlysquat.  So how come, now that we’re in the grip of this Coronacrap, can these same idiots claim that we are knowledgeable enough to do so? 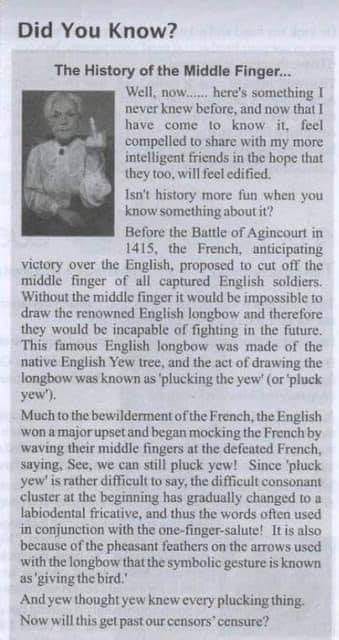 The neurodoc I mention above also began talking like a law dog and saying Jandreau v Nicholson was on point. WTF, over?  The Courts have long held, all the way back to the Benito Layno circus in ’94, that we can discuss anything we can smell, see, hear, taste and feel about our “condition”.  We just have to keep our  story straight and leave out the chemtrail articles and that alien abduction where they implanted the sensor in the back of your brain. You lose your  presumption of credibility when you discuss these things. Thus, my Korean Vet can freely discuss all his residuals of encephalitis such as his face going numb when he gets a headache and loses his sense of smell. Or explaining why, since 1951, he goes NASDAQ mentally if someone pisses him off. His competence to testify is now being hamstrung by his lack of credibility to cogently explain it in layman’s terms. Shoot, if I had 3-4 headaches a day and was eating Ibuprofen like Tic-Tacs since 1951, I’d say that was credible lay testimony-especially from a Vet with a CIB. Well, yes. Everywhere but at a VA c&p or an ACE c&p. 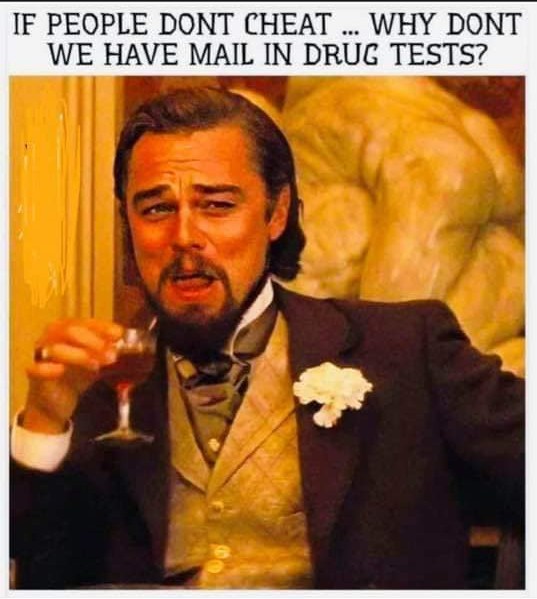 I’m beginning to discover that getting an IMO for my Vets at the Regional level is no longer the panacea it was pre-Corona. How can that be? Hickson, Shedden and Caluza are Holy Writ. If you cannot win with one, does that mean the Benefit of the Doubt died from the Kung Flu? Fortunately, that doesn’t hold true at the BVA. At least their common sense and notion of fair play still prevails pour le moment. The downside is that Vets have to wait two years to get what is their due. Seems I recall all them fellers telling us that was why we needed to pass  the AMA in the first place- to “streamline the system” and promote quicker decisions.

Hopefully, we won’t be subjected to too many more months of this insanity. Don’t take this as a rant about wearing masks or an aversion to doing the 6-foot version of the Macarena. If wearing a mask will keep me alive, I’ll do it. If my governor keeps moving the “All Clear” signal too much further into 2021, he risks creating a bow wave of resistance absent any supportive rationale. Gee. That sounds like the new AMA. But I digress. This was supposed to be about a day of infamy and how to use it as a teaching moment for marital survival.

And that’s all I’m going to say about that. Merry Christmas to you all. Be patient. This is a bit like being constipated. All things must pass.